Once considered a ‘city disease,’ Zimbabwe’s rural areas are being hit hard by Covid, and panic has set in 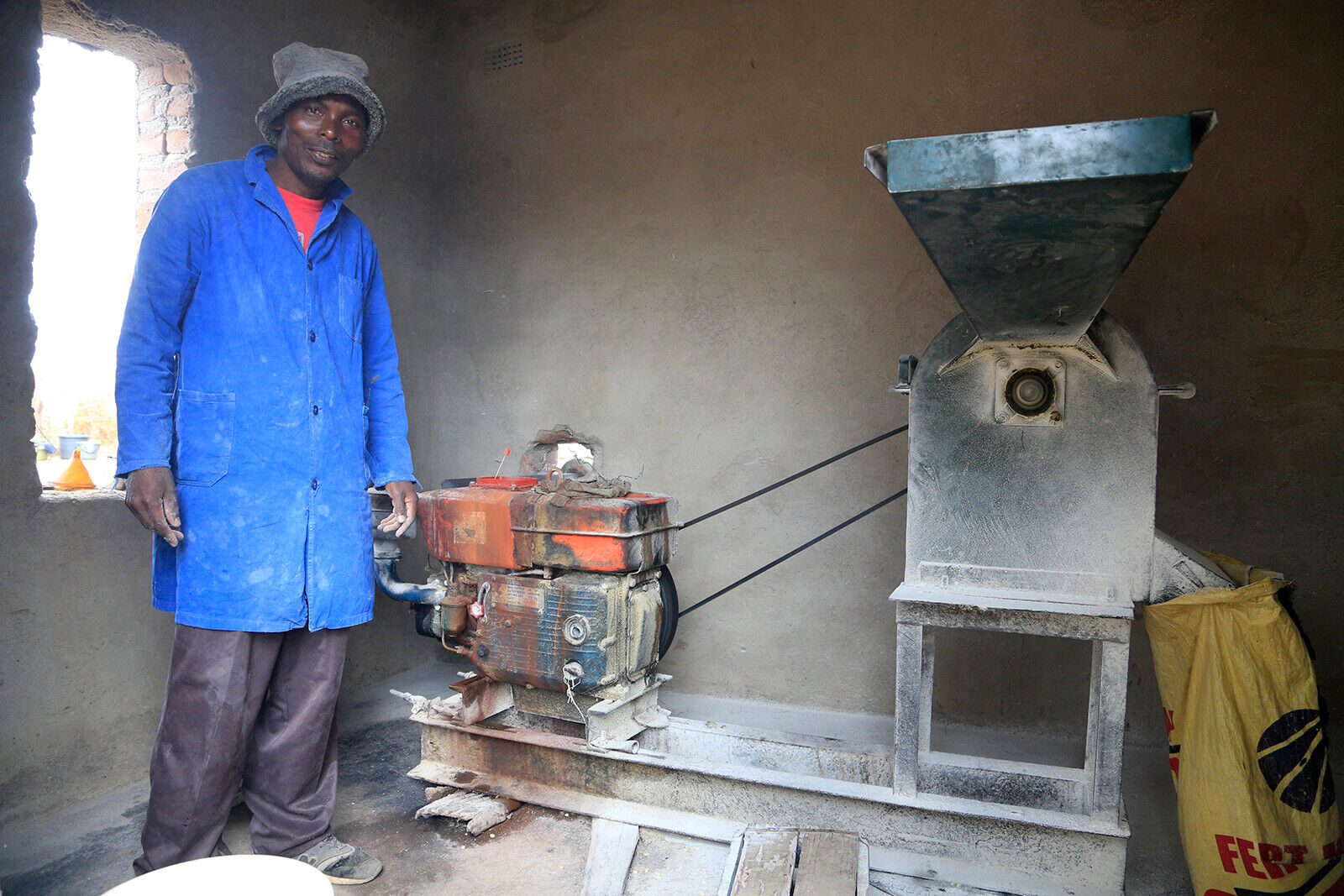 Pauline Chinyandura adjusts her face mask as she rushes to serve lunch to a group of men visiting her makeshift canteen in Domboshava, a rural area around 25 miles northeast

Source: Once considered a ‘city disease,’ Zimbabwe’s rural areas are being hit hard by Covid, and panic has set in | News | gwinnettdailypost.com 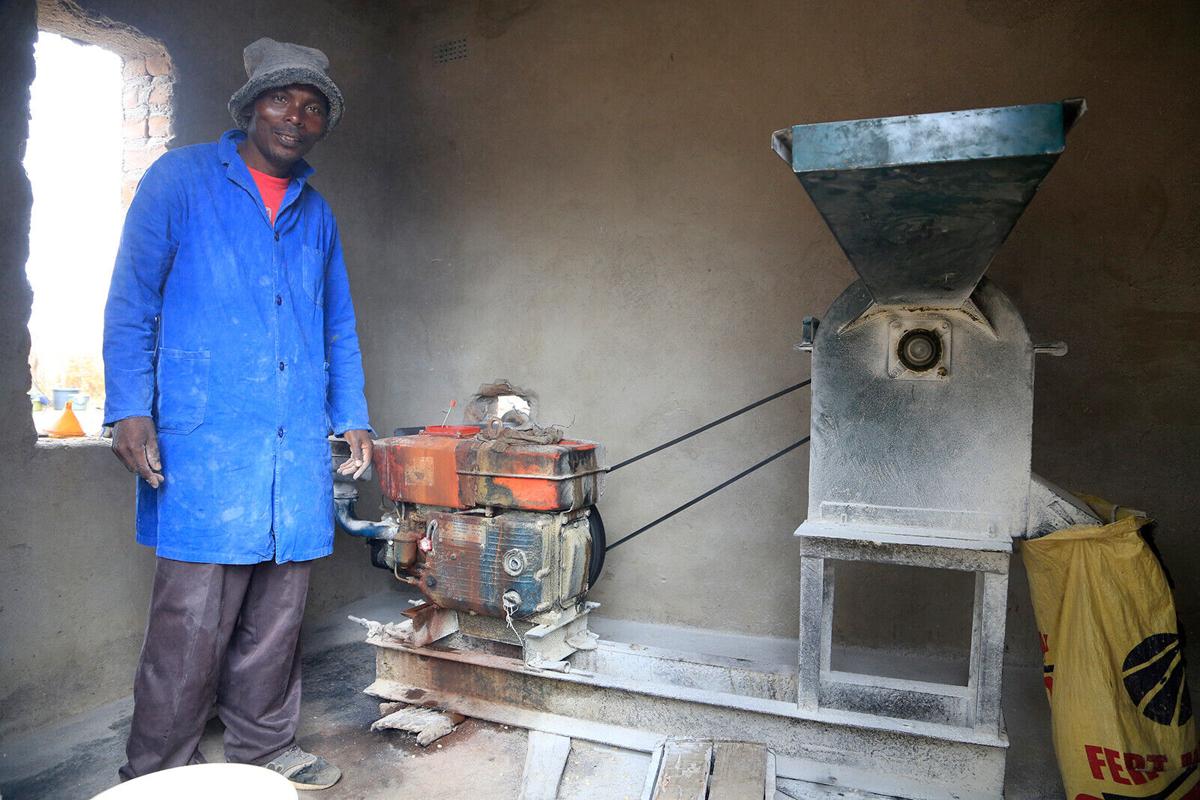 Pauline Chinyandura adjusts her face mask as she rushes to serve lunch to a group of men visiting her makeshift canteen in Domboshava, a rural area around 25 miles northeast of Zimbabwe’s capital Harare.

The chatter around the canteen is all about the death of a popular health official from Covid-19 in a nearby village.

Panic has slowly set in this part of rural Zimbabwe as news of the death spreads in a place where people had previously considered themselves safe from a virus mostly concentrated in the country’s bustling urban areas.

“This pandemic is scary. Everyone is talking about it and people are panicking. We thought we were safe but surely we need to think again,” Chinyandura, 43, told CNN.

Life in Zimbabwe’s rural areas has continued at a normal pace through the pandemic. Movement was unrestricted and those who wore face masks were often laughed at.

Funerals attracted large crowds and church gatherings would go on for days with no social distancing or face coverings.

By contrast, in the cities, the government has introduced another restrictive lockdown in a battle to curb a surge in coronavirus cases. Long lines form daily at vaccination centers as Zimbabweans rush to get vaccinated in urban areas.

Zimbabwe officially entered the third wave of infections at the start of winter in May, with the Delta variant dominating cases.

Three of the country’s four districts that were declared as epicenters of the outbreak in June, and are now under strict lockdowns, are in predominantly rural areas.

Before the outbreak in her own village, people like Chinyandura thought the pandemic was a ‘city disease.’

“It is something we heard from the radio, it seemed so distant that we never had to worry about it. But now, it is funeral after funeral, it has hit closer to home,” the food vendor said.

“I am always afraid that maybe a customer will infect me with Covid-19,” Chinyandura said.

The need to survive the day keeps her working, even as the risk of contracting the virus has become a reality.

“I need the money,” she said, while dishing out steaming bowls of sadza, a local staple, to impatient customers.

“There is nothing I can do. I will die of hunger if I do not run this canteen. This face mask is all I have to protect myself from Covid-19, but for how long can I put it on. I have to talk to customers and breathe as well,” Chinyandura said.

Chinyandura’s canteen has no takeaway facility but, to minimize risk, she asks customers to leave after finishing their meals. Some of them consider that rude.

“I love my customers and my canteen helps them relax during lunch but times have changed. They have to leave after eating because it is becoming risky to gather even in small groups,” she added.

Her husband, Alfred Makumbe emerges from a grinding mill, a few yards from his wife’s makeshift kitchen.

Makumbe’s business has also suffered from the hard lockdown in the village, imposed in late June.

For the first time since the pandemic reached Zimbabwe in March last year, villagers are afraid of venturing out, he said.

“Covid has really affected us. If it does not get you, it will affect your pocket. People are no longer coming due to Covid. The police are always tracking us down, to shut down businesses that attract people,” said Makumbe.

“Covid is here and it is not here to play,” he added.

Agnes Mahomva, chief coordinator of Zimbabwe’s response to the pandemic, told CNN that no province in the country has been spared.

“We are working hard to ensure that the response teams are as robust as possible using existing structures from previous outbreaks,” Mahomva said.

But Zimbabwe’s vaccination rollout, which started in February, has not prioritized rural areas and there has been a marked shortage of shots outside the cities.

This is because rural Zimbabwe is largely inaccessible due to poor roads and a lack of telecommunications.

By Thursday last week, 2 million doses had been administered in a country of almost 15 million people.

Finance Minister Mthuli Ncube says millions more shots are on the way, although some Zimbabweans may need convincing to take the vaccines because of religious beliefs and general misinformation.

“I do not want to be vaccinated. I will see when I get sick,” Chinyandura says.

“I am part of an apostolic sect and although we stopped all gatherings, we do not take vaccines. I have never been vaccinated in my life,” she added.

However, others from the village such as 87-year-old Tiba Tanganyika told CNN he is desperate to get a jab.

The last time he visited his local hospital seeking a shot, the nurses warned that his blood pressure was too high and he was refused.

“I really want to get it,” Tanganyika said.

‘It hits home if it is someone that you know’

Around 70% of Zimbabwe’s population live in poverty and dilapidated health facilities are themselves in intensive care.

Johannes Marisa, a medical practitioner described the third wave as a “disaster,” and blames potential super-spreader events such as funerals for the rise in rural areas.

“Tradition is believed to be more important than any rules,” Marisa told CNN.

However, the death of the senior health official at Makumbe District Hospital has brought the spread of Covid-19 into sharper focus.

“We just heard of the death … so everyone is panicking. People are afraid of even going to get tested or getting vaccinated because of the increase in cases.

“We used to hear that there was Covid but now it is on our doorstep. It always hits home if it is someone that you know,” said Alfred Makumbe, Chinyandura’s husband, who was also related to the official.

“We all need to be serious,” Sikhanyile Sikube, a 28-year-old mother from Domboshava, told CNN The death of the health worker should serve as a warning to those who do not take Covid-19 seriously.”

While winter is almost over, Marisa says Zimbabwe is not yet out of danger.

“We are not yet out of the woods because of the behavior and attitude of the people. The level of complacency is too high with supersonic community spread. We need more discipline,” Marisa added.