While the President has had a great public relations team what is emerging is that the transition in 2017 was a false change. 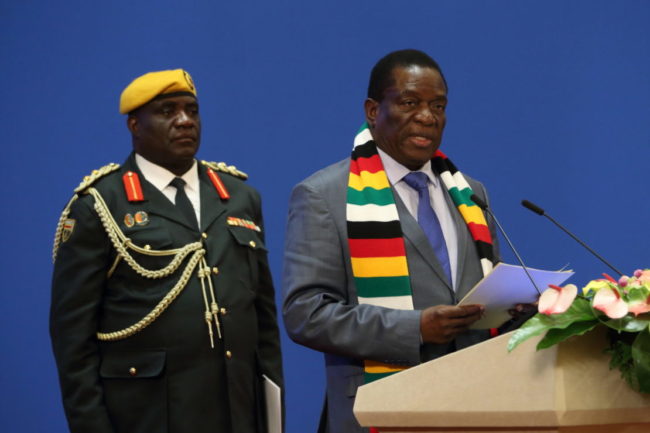 Tinashe L. Chimedza penned this piece in response to Op-Ed: This is how Zimbabwe has changed since I became president: Emmerson Mnangagwa

Two years ago Zimbabwe’s National Army carried out a putsch that removed President Robert Gabriel Mugabe. Once the coup was carried out Zimbabwe’s parliament began a process of ‘impeaching’ a President who was already under ‘house arrest’. The global spin on that putsch was that this was a ‘military assisted transition’ and there was a global silence to accept this narrative because a lot of people, especially Zimbabweans, were just desperate because of the collapsing economy. South Africa too proved to be a key decision broker and the presence of hundreds of thousands of Zimbabweans in South Africa swayed the political class there to say ‘anything but Mugabe’ and this was shared by global power especially the British.  It is reported that the British embassy to Zimbabwe played a critical role to ‘package’ the putsch as a ‘military assisted transition’ and the propaganda worked for while.

The world was made to gulp a narrative that there was a ‘democratic’ and ‘legal’ process under way in Zimbabwe. But since then, by any measure, Zimbabwe’s politics and economics have worsened.. The reason is very simple. The men (and few women) who now rule Zimbabwe had stayed so much in the shadow of Mugabe yet they were the real crude power that kept the old man in power and when tried to purge them by firing the Vice President, Emmerson Mnangagwa, they had to strike back to defend their interests.

What happened in the November 2017 was a repeat episode of what happened in the 2008 election when Morgan Tsvangirai won. The military is now firmly in charge of the politics and the economics in Zimbabwe.  The mess that this has created has now cascaded into every facet of Zimbabwe’s political economy and this is happening with disastrous challenges in health, in the economy and the country has descended into almost a military state.

Recently the government announced they were firing hundreds of striking doctors. There has been an impasse for almost two months and the hospitals have become almost death traps with the absence of doctors. For almost two months the medical doctors, the few that are there, have had a long dispute with the government over salaries and conditions in the public hospitals. The crisis became so acute that women are having to go to ‘backyard’ untrained ‘midwives’ to give birth.

Zimbabwe’s referral hospitals, largely built many decades ago, have become almost ghost like places. Whole wards lie abandoned, sometimes citizens have to bring in clean water and some hospitals have said they are closing mortuaries. In Masvingo, 300 km to the south of Harare, women have been giving birth by candle light and sometimes using phone torches as light.  Missionary hospitals can not cope and some have issued statements begging patients not to come and camp outside, sometimes for weeks.  One doctor broke down when interviewed and citizens have to resort to forming independently funded initiatives to support the major hospitals.

Recently the Minister of Finance tabled a proposed budget before the National Assembly. The proposed budget bill shows declining revenue, a contacting economy, foreign aid continues to be significant in the budget and the government has retained an intermediate money transfer tax as a source of revenue. But there is more of the mess. The Parliamentary Public Accounts committee unearthed billions of unexplained expenditure and the response of the Ministry of Finance was to issue a ‘law’ pardoning irregular expenditure, without accounting, over ‘Us$10billion’.  This is an equivalent of almost 3 national budgets.  The public finance system is in shambles and this is deliberate because the central bank then uses a ‘preference’ system to allocate subsidies worth billions to businesses linked to the political elites.

Elsewhere the country’s pension system has almost collapsed and at the centre of that are managers and elites linked to the ruling party with estimates that up to US$5billion has been wiped off from pensions. With the chaos in agriculture and mining Zimbabwe also faces a draught which could have been made manageable by proper policies to boost productivity. State and party elites want to superintend over the latest so called ‘smart agriculture’ input scheme, worth billions, so they can subsidise themselves and find a platform to create patronage. All these schemes, of literally looting the state, has serious consequences on the capacity of the state to transform the economy and set Zimbabwe on a path to prosperity. Inflation has been so bad that the state agency tasked to measure year on year inflation has been banned from publishing that number.  One just has to track the rate of price increases and see how income has collapsed.

While the President has had a great public relations team what is emerging is that the transition in 2017 was a false change.  Zimbabwe actually under military rule and the descent cannot be stopped by opinion pieces but by comprehensive reform.

[i] Tinashe L. Chimedza is a Zimbabwean. He has written for The Elephant, for The East African, for Zimbabwe Briefing and published book chapters and journal papers on Zimbabwe and Southern Africa.