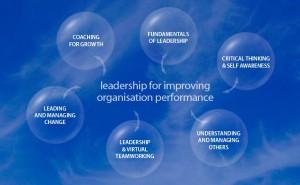 I HAVE no doubt that Zimbabwe’s economic challenges are predominantly to do with leadership and that the economy can never transition from disaster and destruction to prosperity and growth without major and pervasive changes at the top.

That businesses, institutions, organisations, societies and all economies rise and fall on this one thing called leadership is not just a vain, motivational statement, but a hard and stubborn fact of life. I believe that the actual leadership is not people, but an invisible driving force that determines the velocity and destiny of a team, society, business, organisation or economy.

There is also a strong belief, almost a conviction, that the fate of Zimbabwe’s economy is in the hands of some individual political leader, so when people talk about “leadership” in relation to the economy, the debate swings to political leaders and not to real leaders. People, there is a difference between leaders and leadership. Here is the difference.

At an elemental level, leadership is the act of leading. In this sense, leadership refers to what a leader does in the process of pursuing the responsibilities in line with the position. This definition assumes a one-leader-many-followers situation, in which the followers look up to the leader for direction, input and decisions. This is the leadership model that most people have.

In Zimbabwe’s case, it is important to ask about the state of leadership and explore whether or not the existing leadership is adequate to pull, catapult and even violently eject the economy out of its current quagmire. This question must be addressed without resorting to linking leadership to any person, but on account of the model that leadership is a force built from sum total of leadership instances and activities within the whole economy.

Because for some time, political leadership has been the major failure point in the economic prosperity of Zimbabwe, and now that there are very visibly different political leaders, it is important to also address all the other dimensions of leadership.