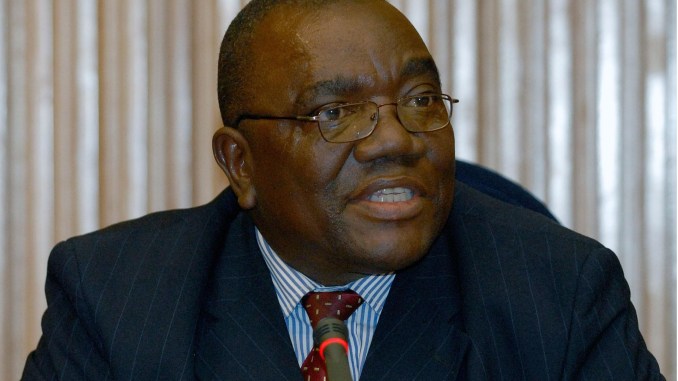 BY PRESTIGE MUNTANGA
GOVERNMENT has been challenged to have an Old People’s Day on the national calendar to be commemorated annually in honour of the country’s elderly.

The call was made by Senate deputy president Mike Reuben Nyambuya while addressing people during the handover of a donation from Parliament to the Entembeni Old People’s Home in Bulawayo yesterday.

“Parliament has to ensure that the elderly are well taken care of. It is their right to be taken care of because they have spent most of their working lives taking care of us as children and, in some cases, grandchildren. The elderly are an integral part of our lives and we are obliged to take care of them,” he said.

“We have a youth day in Zimbabwe, a day where we celebrate the youth and some organisations in our society have called for a day to celebrate women. Women are very special because everyone was brought into earth by a woman and we support them, but I think we should celebrate elders, let’s have a special day for elders”.

Nyambuya said the donation was part of proceeds from Parliament’s pro-annual tournament which was held in Harare in October.

“The objective of the tournament was to raise funds which will be channelled towards the needy. The tournament is a yearly event that is held as part of social responsibility. If we set a good example, corporates and conglomerates will follow suit. The annual golf tournament grossed $1 174 102 and US$1 932. Special mention goes to Old Mutual, PSMAS [Premier Service Medical Aid Society] and Old Mutual, who carried us as our new sponsors,” he said.

“We are handing over lights and a 3AV solar system and installation, two 10kg washing machines, two 15-inch LG televisions, 50 single bed sheets and pillow cases, one desktop computer and 340kg of sugar.”

Luveve legislator Stella Ndlovu said the donation would improve services at the home.

“We don’t have enough words to thank the Parliament for such a big Christmas gift. We were having a lot of challenges with electricity shortage. These donations will make it easier for our health workers who take care of our elders,” she said.

The oldest man at Entembeni, only identified as Musonga, said he recently turned 104 years.

“I have lived this long because I put my trust in God. I came to Zimbabwe from Angola in 1948 looking for greener pastures. Unfortunately, all of my family members passed away and I don’t have any children,” he said.