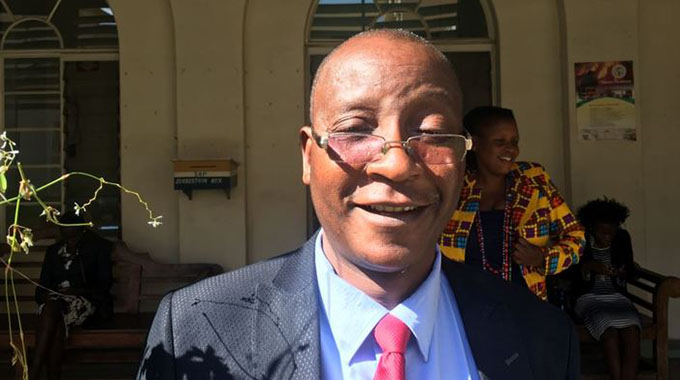 Zvamaida Murwira Senior Reporter
Parliamentary work will continue until the eve of the general election, a Cabinet minister has told Senate. Justice, Legal and Parliamentary Affairs Minister Ziyambi Ziyambi said in terms of Section 143 of the Constitution, Parliament would only be dissolved a day before an election.

He was responding to a question from Mashonaland West Senator Tapera Machingaifa (Zanu-PF), who wanted to know what was going to happen to legislators who had not used all the money they received under the Constituency Development Fund (CDF) considering that parties were almost through with their primary elections.

He also wanted to know what would become of those Members of Parliament who had not accessed the CDF given that the country was approaching elections.

In response, Minister Ziyambi said holding of primary elections had nothing with Government business, but political parties.
“When we talk of primary elections, we are talking about political parties and these have nothing to do with Government programmes. According to our Constitution, Section 143 says there is going to be prorogation of Parliament on the eve of the day we will be holding elections. So that evening is when Parliament is prorogated or terminated. That means Members of Parliament are on duty until we get to the eve of elections when Parliament is dissolved,” said Minister Ziyambi.

Responding to another question, Minister Ziyambi said his ministry was crafting a law aimed at protecting young girls from early marriages.

Minister Ziyambi said the law would remove misunderstandings because people were being treated differently depending on whether they were married under customary or modern marriages.

“Our Constitution prohibits the marrying or marrying off of children under the age of 18.
“As a ministry, we are crafting a law, which will combine all these regulations so that when we bring it to Parliament, it will be in a position of being accepted and gazetted by Parliament.