Penalties for corruption too lenient: Mudenda 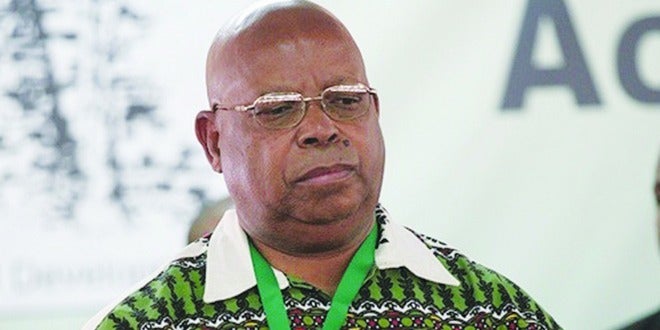 BY HARRIET CHIKANDIWA
SPEAKER of the National AssemblyJacob Mudenda has described the penalties meted out to those found guilty of corruption as too lenient and a major hindrance to the country’s anti-corruption drive.

Addressing a capacity-building workshop on corruption organised by the African Parliamentary Network against Corruption (APNAC) in Bulawayo last week, Mudenda said: “Zimbabwe’s sentencing regime of persons convicted of corruption is considered too lenient because of the option of a fine while lack of legislation governing conflict of interest for civil servants needs more scrutiny.

“I must commend Zacc (Zimbabwe Anti-Corruption Authority) and other anti-corruption agencies for the work they are doing to expose, combat and eradicate corruption and the abuse of power by those holding political and public office.”

Noting that sound laws and policies are critical to enable Zacc and the National prosecuting authority (NPA) to effectively execute their mandates Mudenda said: “However, Zacc has been found wanting in a number of areas which include the ‘catch and release’ as well as for the lack of ‘teeth’ to prosecute high profile figures allegedly caught up in corrupt activities.”

He applauded the Auditor-General (Mildred Chiri) for the sterling work she is doing without fear or favour, adding that the Judiciary should also be congratulated for establishing a special anti-corruption court for speedy adjudication of corruption cases.

Mudenda added that anti-corruption agencies needed the support of various public and private sector institutions and agencies as well as civil society organisations to effectively execute their mandates.

Turning to the oversight function of Parliament, Mudenda said: “As legislators you have a responsibility to ensure that institutions such as the Police Service, Zacc, the NPA and the Judiciary are supported with resources, both financial and human, to enable them to effectively discharge their mandates.

“This demonstrates that a lot of assets and resources can be recovered if Parliament can brutally push for the enactment of punitive anti-corruption laws in support of Zacc.”

Parliament has signed memoranda of understanding with Zacc and Transparency International Zimbabwe to demonstrate its willingness and commitment to collaborate on various platforms to ensure synergies towards effective legislation and oversight in the fight against the corruption scourge, Mudenda said.