Per capita income up 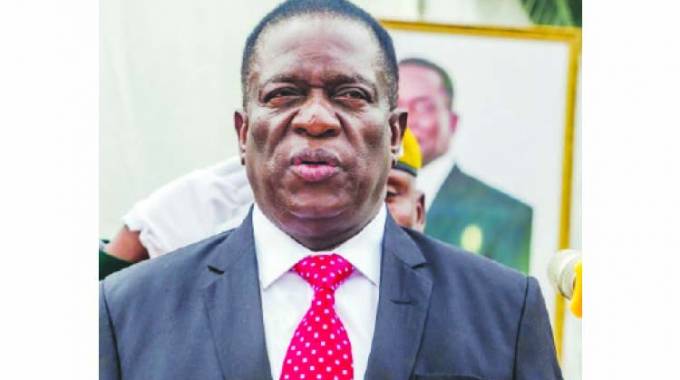 Freedom Mupanedemo Midlands Bureau
Zimbabwe has a very bright future which is being bolstered by growing investor confidence that has seen the country’s per capita income shooting from $900 in December last year to $1 011 by May this year, President Emmerson Mnangagwa has said.

Addressing thousands of people that were gathered for the commissioning of a hi-tech aluminothermic plant at African Chrome Fields (ACF) company on the outskirts of Kwekwe on Wednesday, President Mnangagwa said Zimbabwe’s economy will never be the same again with foreign investors continuing to come and investing in the new Zimbabwe.

President Mnangagwa said under the previous administration, Zimbabwe struggled to attract foreign direct investment with the highest such investment hardly above $500 million.

He said the foreign direct investment has shoot to over $16 billion in the eight months under the new administration.

“Since new dispensation, which came into being end of November last year, this is our eighth month,” he said. “Investments commitments that have been given by foreign direct investments into the country range beyond $15 billion. In the past we never reached $500 million per year, but under six months we are exceeding $16 Billion.

“We are saying Zimbabwe shall never be the same again.”

President Mnangagwa said the investment confidence was due to the new administration’s commitment to inclusivity and tolerance.

He said his administration continues to march towards the 2030 vision of reaching a middle income economy.

President Mnangagwa said in the past few months, he has been seized with national projects, commissioning factories and officiating at ground breaking ceremonies that has seen him earning a moniker, “Mr Ground Breaking”. President Mnangagwa commended ACF, for committing investment in Zimbabwe even when the environment was not conducive under the old dispensation.

He said Zimbabwe was committed to working with private investors by creating investment friendly policies that promote business.

The new plant that President Mnangagwa commissioned will see the company increase its production to 300 tonnes of ferrochrome per month and 600 tonnes per month when at full production.