Seeing things in perspective has never been more important in Zimbabwe. If we fail to do so, our view of the current problems we are encountering will be distorted and we may all make decisions we later regret. When people went out and paid 6 or 7 to 1 for USD and then bought groceries at astronomic prices, they both regret that now as open market prices and conversion rates have fallen back to 2,5 or 3 to 1. 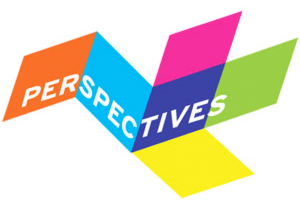 In 2009 our pessimism was well founded, the economy had collapsed by 90 per cent, all financial institutions were bankrupt, the retail industry was in dire straits having been ruined by price controls and inflation. There seemed to be no way out of the mess we were in and then the MDC won the 2008 election and in February 2009 the GNU was born.

What then happened confounded all our critics and the pessimists who had written us off. What they failed to see was the wider perspective: Zimbabweans are very resilient, we have a huge hidden economy, we have learned how to handle a delinquent Government and international isolation. So when we were offered fairly decent policies and conditions we exceeded expectations in every way.

In a very real sense the same thing applies today. The Government of Mr Mugabe had simply resumed control of the State after the GNU came to an end and for them it was “business as usual”. The looting resumed, the printing of money again became a problem as they tried to cover the fiscal deficit that was doubling every year and Mr Mugabe pretended that he was in the driver’s seat of this broken down bus until he was a 100.

When Emmerson Mnangagwa took power in November 2017, he took almost everyone by surprise. What rocked the world was ordinary Zimbabweans response, they came out on the streets in celebration – not of the change of Government but the final political demise of the Mugabe family. The Army were greeted as hero’s and I have never seen so many army soldiers kissed on the streets – not since the end of the Second World War. The people of this very special country sealed the deal with this massive, spontaneous, response.

Then, once the situation had settled down, the army went back into their barracks – a peaceful, disciplined withdrawal. One Ambassador said to anyone who would listen that he would never underestimate the Army again. Not a window broken, not a stone thrown, not a single vehicle overturned and burnt. It demonstrated the essentially Christian character of the country and the discipline of our armed forces.

The problem was that all the players in the new Government were recycled from the old regime. What we failed to see that in fact a tiny fraction of the Zanu PF Party had taken control and had very different views on what had to be done to “fix” the country. Zimbabweans sensed this and there was talk of “who is in control” and can ED survive? But if we looked carefully the perspective had changed significantly.

In a week, the new President changed the entire membership of the Joint Operations Command, an institution that had effectively been a parallel government for the past 38 years. He appointed new leadership of every security function – choosing men who are professionals in their fields and largely from Zipra veterans. I thought that was an amazing step given the fact that he had just used the old leadership to secure a transfer of power. In a way he was building a fire wall between the past and the future.

In March 2017, when approached to consider a National Government without an election in 2018, Emmerson had responded with the view that Zimbabwe had to hold a reasonably free and fair election if it was to gain international recognition and support. In my view he was to hold true to that view and in the process put his whole political future on the line. He could easily have lost the election and the final margin of just 30 000 votes or 0,6 per cent, was simply too tight to call.  Or for comfort. But the gamble paid off.

What we also failed to see was that he also (unlike Mugabe) recognised that if Zimbabwe was to recover, we had to have a deal with the multilaterals – so now we get a determined thrust – recognition of the right of the former white farmers to fair compensation, recognition that Zimbabwe had to stop doing stupid things – get back on the global playing field and accept the rules for becoming a player. We had to settle our multilateral debt, we had to stop spending money we did not have.

He also recognised that he had to tackle corruption – now so entrenched in the State that it represented a form of state capture. So much money floating around from corrupt deals and arrangements that his colleagues were almost all dependent on “brown envelopes”.

All of us need to recognise that while the President doing all this that he was in every way a minority leader. After he had engineered the dismissal of the Mujuru elements in the Party, then the G40 and finally the Mugabe faction, what was left of Zanu? His own group of loyalists is tiny and the political Generals who were so dominant in the last 20 years of the Mugabe rule were more competitors for power rather than compatriots.

When he put together his new team after the elections, he took more risks – appointing a majority of Ministers from the Midlands and the South. Bringing in 5 non-political technocrats’ and shifting the Vice President out of the Ministry of Defence. The new team, unlike the transition team appointed after the MAT in November, is clearly made up of men and women who are the appointees of the new President. In doing so he has re-established the Cabinet as the main centre of power. I believe the next step in this process will be a gradual reduction in the influence of the military in the State at all levels of Government.

The emphasis of “being open for business” and the start made in returning to the international playing field has elicited considerable private sector interest and I personally have a list of private sector projects that, if implemented, will involve the investment of US$30 billion and will generate many billions in new exports and hundreds of thousands of new jobs. This was impossible under Mugabe.

I now hear people saying that the resumption of shortages and fuel queues and the sudden emergence of a parallel market for hard currencies means that we are going back into the conditions we experienced in 2005 to 2008. Nothing could be further from the truth, our economic fundamentals are sound, exports and the GDP growing rapidly and once the new team in the Ministry of Finance started to tackle the macro economic problems of the country, they were immediately rewarded by a sharp reduction in the fiscal deficit and we will be in surplus by Christmas. At this pace we will be in a different country by March 2019. Let’s keep our current problems in perspective – if we do, they will not look so entrenched or formidable.