Pressure mounts on NSSA board

Source: Pressure mounts on NSSA board – The Standard December 15, 2019 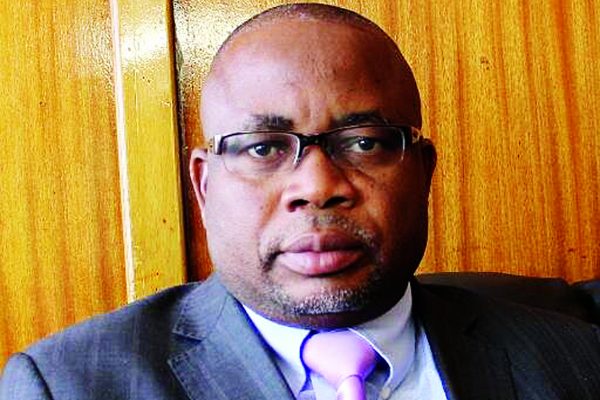 LABOUR minister Paul Mavhima has descended heavily on the Cuthbert Chidoori-led National Social Security Authority (NSSA) board and ordered it to restore order at the scandal-ridden pension scheme.

Three weeks ago Mavhima met the board for the first time following his appointment to the Labour portfolio last month after Sekai Nzenza was shunted to the Industry ministry in a cabinet reshuffle.

Chidoori’s board was given two weeks to normalise things and the ultimatum expired last week.

Last Monday, Mavhima wrote a letter to Chidoori demanding a report on the developments at NSSA and the board has since requested for more time, insiders said.

Two days later Mavhima reportedly wrote another letter to the NSSA board.

The minister’s intervention followed the board’s failure to deal with a brewing labour crisis involving the suspension of 24 managers, which insiders said had the potential to drain thousands of dollars from NSSA in legal fees.

Chidoori last month accused the managers of taking illegal loans at NSSA but the board’s human resources committee has since absolved the executives, claiming all loans were in line  with their contracts of employment.

The managers have been on forced leave, with full benefits for three months and are still to be charged, costing NSSA thousands of dollars.

Sources within NSSA claimed the managers have never been shown the forensic audit report by BDO Zimbabwe Chartered Accountants and the health check report that formed the basis of the charges against them. The manages are yet to be advised of the charges they are facing.

The board is planning to hire another consultant to deal with the managers’ cases, a move that could cost NSSA thousands of dollars.

Insiders said the board was now too preoccupied with the BDO report to the extent that it was failing to focus on investments to preserve the value of pension funds.

“The moratorium on investments placed by former Labour minister Petronella Kagonye was lifted sometime in April but the board has done nothing, investing all their energy on the BDO report,” a source said.

NSSA sent the 24 managers on forced leave after a health check on the authority allegedly implicated them in cases of misconduct.

The health check was conducted by Whisper Rukanda, of MorniPac International and MorniPac Digital Forensics, who was controversially appointed by Nzenza.

Mupfumira was arrested in August on charges of abuse of office involving the alleged theft of US$95 million.

Vela is challenging the BDO report at the High Court, claiming it was an “evidently biased, politically-motivated and incompetent and incomplete forensic audit.”

On the other hand, Chidoori’s board blames the current rot at NSSA on Vela and his former management team.

Vela has since taken Chidoori to court accusing him of peddling falsehoods.

Of the 24 managers placed on forced leave, 16 have already returned to work.

Chidoori was also on the verge of completing a palace coup at NSSA when Nzenza was removed by replacing the acting general manager David Makwara with a board member, Arthur Manase.

The board chairperson and Manasa are accused of making unilateral decisions at NSSA, overriding the 10-member board.

“The minister wrote to the Chidoori board on Monday demanding the report on problems at NSSA,” said a well-placed source.

“The board responded and pleaded for an extension of the two-week period to resolve issues.

“The minister on Wednesday wrote another letter refusing to extend the period and ordered that things should be normalised at NSSA before the end of the year.”

After the minister demanded the report, the NSSA board held a number of crisis meetings.

Chidoori’s board meetings were meant to find solutions to problems that arose after the suspension of the managers.

The meetings, however, failed to resolve the issues after Chidoori insisted that the managers should face disciplinary action.

Mavhima, who has also requested the curriculum vitaes of the board members, was not picking up calls when efforts were made to get his comment on the matter.

At the time of going to print, Chidoori had not responded to questions sent to him last Tuesday.

Meanwhile, Chidoori board’s has been accused of violating the Public Entities Corporate Governance Act by holding more than one meeting per quarter.

The board members are allegedly holding multiple meetings to get allowances ahead of the festive season.

Last week’s meetings were held on Tuesday, Wednesday and Friday. There were also other prior marathon meetings after Mavhima’s ultimatum.

The board also met several times between September and December. In the previous quarter they held 21 meetings more than the permitted number.

NSSA had to request clearance from the Labour ministry to pay allowances for the extra meetings.

According to a circular from the Office of the President and Cabinet (OPC) says meetings other than those provided for should be cleared by the ministry or the OPC.

According to sources, the clearance letter had not been written by the time Nzenza was moved to the Industry ministry.

According to the State Enterprises and Paratastals Remuneration Framework effective September 1, the board chairperson gets $2 500 in sitting allowances for every board meeting while his deputy pockets $2 000. The rest of the board members get $1 750 each.

This means NSSA would need to cough out $55 500 in board fees if the board members are to be paid for last week’s meetings.

Insiders said Chidoori would pocket as much as $15 000 as a retainer allowance for the quarter.

Chidoori’s deputy gets $12 000 in quarterly retainer allowances while the eight board members get $10 000 each.