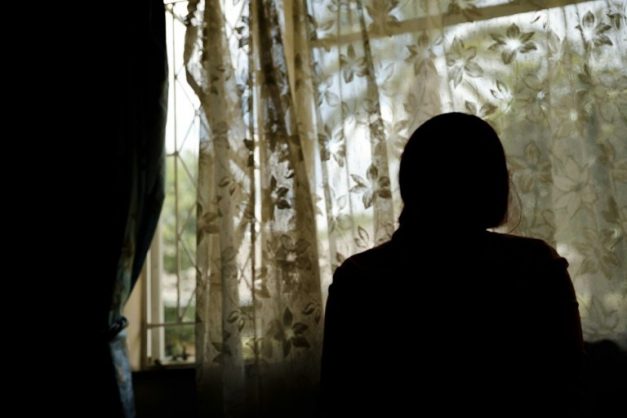 The 33-year-old woman says she was raped by two men. AFP/Jekesai NJIKIZANA

A 33-year-old unemployed mother of two tearfully narrates how four men in military uniform ordered her to open her door before two of them raped her.

On January 17, the men forced their way into her house in a poor township on the outskirts of Harare and searched the property to check she was alone.

“One of them ordered me to lie on the bed, then he raped me. A second one raped me. The other two, holding firearms, just stood there,” the woman told AFP.

“After these people finished, I just sat on my bed and cried. Then around 4am, I went to wake up my landlord’s daughter and told her what had happened. I stayed in her room until sunrise.”

Several women have sought help in the Zimbabwean capital, saying they were raped by soldiers and police who have enforced a brutal crackdown to crush public unrest after violent nationwide protests on January 14 over fuel price rises.

Justice for Women’s Rights Zimbabwe, a local NGO, said it had nine confirmed cases of women from Harare’s townships who have sought medical help. All were too scared to go to the police.

“The women just do not trust the system,” said Karen Mukwazi, an activist with the NGO.

“One woman simply said after they (the assailants) left, she went to bath and waited for her husband. There are more women out there who just decided to take a bath and try to forget it (but) you cannot forget rape,” she said.

Another woman told the NGO that she had kept her assault a secret from her husband.

“We live in a society that blames the victim especially when it comes to the issue of sexual violence,” said Talent Jumo, director of Katswe-Sistahood, a Harare sexual rights clinic.

“In this case it’s even more complex because the alleged perpetrators belong to the same institutions where the victim are actually supposed to run to for refuge, for support.”

Zimbabwean authorities have promised that police will treat women with respect, saying each police station has a female-led unit to record allegations.

“All affected women will be treated with empathy,” Information Minister Monica Mutsvangwa said, adding that the government “won’t accept any criminal behaviour by any member of society particularly those in positions of trust.”

The army and police have denied any misconduct and said some criminal gangs may have stolen uniforms to commit abuses.

The rape allegations have heightened international anger over the security crackdown, which has damaged President Emmerson Mnangagwa’s claims to have opened a new chapter for Zimbabwe after the repression and state violence of his successor Robert Mugabe.

“Political and sexual violence is unjust,” the US embassy said in a statement. “We support rape survivors and urge authorities to investigate and hold the perpetrators accountable.”

On Wednesday, some women in Harare wore black as a public protest against rapes and called for the new independent system be set up to handle complaints.

Rita Nyamupinga, a veteran gender activist in Zimbabwe, bemoaned that soldiers and police had targeted their own citizens.

“These are people who are supposed to give protection to the citizens of their country – regardless of where they are coming from, politically, socially,” she said.

At least 12 people have been killed and hundreds injured, with 78 people sustaining gunshot wounds, in the crackdown.

Police have arrested more than 1,100 people, including opposition lawmakers, trade unionists and some children.

The rape victim who spoke to AFP said she was hoping to soon receive some medical care.

“It’s painful that these are the people who are supposed to protect us and they do such an act,” she said. “But there’s nothing we can do”.