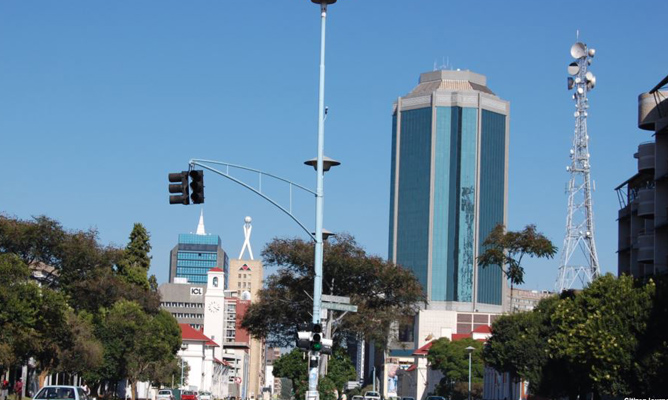 FOR a while the Reserve Bank of Zimbabwe (RBZ) has been “availing” United States dollars to businesses at a capped auction rate.

This means RBZ funds are the cheapest as they are availabled at around $88 versus $190 on the parallel market. Naturally, everyone wants a slice of that cake, so people have been funding their Zimdollar accounts to bid for the cheap money, but alas, RBZ does not have enough foreign currency to meet the auction obligations.

As a result, the RBZ owes a lot of businesses US dollars in unfulfilled auction obligations. Out of frustration, the businesses, which are sitting on a lot of Zimdollar balances, are using a two-pronged approach by seeking some of their US dollar requirements on the streets.

The net effect is wild exchange rate increases. In fact, some businesses are getting cheap US dollars from the auction system and selling them at a premium. RBZ is not policing the usage of the funds for intended purposes.

US dollars are given to various businesses. Some with known suppliers, for example Delta Beverages, concentrates can only come from Cinco in Swaziland and nowhere else. Juice comes from a few suppliers like Letaba. Likewise, Preforms closure labels come from known suppliers that meet Coke standards. It must ring alarm bells to RBZ if there is a sudden deviation from this. Most big companies use credible suppliers and have a three-quote policy. The RBZ team must have a database of such suppliers and be able to raise alarm when the preferred supplier is more expensive than other known players. Remember the shelf companies will naturally be more expensive than traditional suppliers.

So to win, the RBZ must:

Govt must be serious about devolution

The government, despite having said it is implementing devolution, is unwilling to transfer administrative and fiscal powers to local authorities. The Ministers of State for Provincial Affairs are in place, but that is not enough. The provincial development co-ordinators are in office to co-ordinate government ministries at the provincial and metropolitan council levels. The Constitution envisages the establishment of provincial and metropolitan councils with the provincial council chairpersons likely to assume the powers that are being exercised by the Provincial Affairs ministers.

There is likely going to be power struggles between the provincial councils and the Ministers of State for Provincial Affairs, as well as the provincial development co-ordinators.

If devolution is properly implemented the idea is for the central government not to have parallel structures at the provincial and local authority levels of government.

Having Ministers of State for Provincial Affairs and a provincial development co-ordination is an indication that the government wants to maintain a tight grip on the governance of provinces.

Devolution, if genuinely implemented provides the government with an opportunity to refine itself and improve on social accountability and citizen participation.

There is currently no Act of Parliament to guide the implementation of devolution in Zimbabwe.

The government has produced a National Decentralisation and Devolution Policy based on Chapter 14 of the Constitution. –Harare Residents Trust

THE 2023 polls, which both Zanu PF and MDC Alliance desperately need to win, will be determined by the rural vote.

With the majority of people generally resident in rural areas, Zanu PF has developed techniques to retain that vote.

Zanu PF has thrived on instilling fear, especially in rural voters. It is incumbent upon the opposition parties to debunk this fear if it fancies chances of winning the elections.

Fear of being beaten, murdered, tortured, targeted and displaced is what is keeping Zanu PF in power. This is what any serious opposition party must deal with in order to win the elections. Without that, certainly Zanu PF will retain power.

There is so much fear of Zanu PF violence in rural areas to the extent that people prefer to vote for the clueless party for the sake of peace.

Beneficiaries of the fast-track land reform programme cannot vote freely as they are always threatened with eviction and displacement if their polling stations record an opposition victory.

It is up to the opposition parties and other pro-democracy elements to break the fear factor and  counter Zanu PF propaganda which over the past four decades has turned some rural communities into no-go areas for the opposition.

Dealing with fear and vote-buying must also include making sure traditional leaders stick to their role of being custodians of customs and culture of their respective communities and desist from dabbling in partisan politics.

If opposition parties can muster the rural vote, Zanu PF will be finished in 2023. There is no way Zanu PF can win the political jackpot without the rural vote. In the urban areas, they have always laboured in vain to produce positive results.

It is important for opposition leaders to make frequent visits to rural areas so that people can identify with them.

Such visits will also drive fear out of the ever-intimidated and lied to ordinary people. The voters will have confidence in them and vote for them.

Securing the rural vote must be the focus of opposition parties ahead of the 2023 elections. Every effort must be made to ensure the rural vote is secured since the 2023 ballot will be polling station-based which gives Zanu PF the vigour to frighten everyone to vote for the rogue party.

People look forward to seeing opposition leaders in action across all rural wards as they prepare to silence Zanu PF once and for all in the 2023 elections. –Taneta Fambai