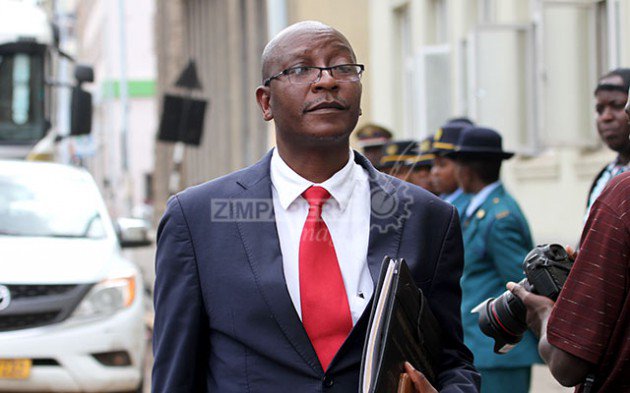 “We need to defend the resolutions of the Special Congress, and explain to our people as the party leadership about the state of the nation,” he said. “Some have started spreading lies and one of them is Zhuwao.

“We went to Congress against a background that people were now taking advantage of former President Mugabe’s advanced age and former First Lady Grace Mugabe became their proxy. At that age someone tends to listen to the words of the last person who spoke to them.”

As a result, incoherence in party and Government had become apparent, drawing derision from opposition parties, he said. Cde Ziyambi said the incongruent, dysfunctional nature of Government and the capture of then President led to the Zimbabwe Defence Forces’ intervention.

The army, he said, did not intervene to remove former President Mugabe, but demanded that issues of people’s rights be restored and ordered a stop to unilateral expulsions.

“When security chiefs say the party (Zanu-PF) is theirs, they are not lying,” said Cde Ziyambi. “Those in the army did not apply to join the army, but went to war to liberate the country and upon coming back, they went to various portfolios, including Government, army and politics, but they were in the party.

“After the reprimand on the state of affairs in the country and the party, those surrounding the former President told him to dig in as Sadc and other organs will not accept any interference. That led to Operation Restore Legacy to arrest criminal elements.”

“The party structures in the provinces resolved to retire Cde Mugabe and (resolved that) Cde Mnangagwa should replace him and reinstatement of those who went to the 2014 Congress,” said Cde Ziyambi, who is also the Minister of Justice, Legal and Parliamentary Affairs.

“Those resolutions were taken to the Central Committee (which has powers in between Congress) for adoption. The CC also recalled Cde Mugabe and nominated Cde Mnangagwa as interim President, a position which was adopted by Congress.

“But you hear people like Zhuwao spreading lies in the media that there is a military Government. It was a political process of impeachment that was underway in Parliament, which was stopped when former President Mugabe sent his resignation letter. So, no soldier took the presidency from Cde Mugabe.

“We undertook a process in Parliament where we wanted to vote him out, but he pre-empted it by forwarding his resignation letter.” Contrary to assertions by Zhuwao, Cde Ziyambi said, Cde Mugabe phoned President Mnangagwa, saying he had large stocks of the party regalia, which he wanted to handover to the party. Cde Ziyambi also indicated that the former President’s retirement package was not outrageous, but fits in the provisions of the Constitution.

“That is why we expelled the wife from the party, but not Cde Mugabe.” Cde Ziyambi said the events of the past two months should be articulated well to people at the grassroots.

“This is the time to be vigilant because the G40 cabal is trying to regroup and it seems they have funding to push their vile agenda,” he said. “We should be vigilant to ensure that no one tries to sabotage our programmes as a party.”