Source: ‘Rigging’ Mwonzora in eye of storm – The Standard 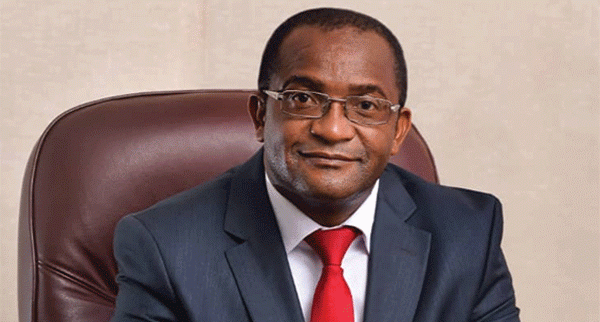 MDC Alliance president Douglas Mwonzora’s “unanimous” nomination as party president could be short-lived as one of his allies has approached the High Court challenging his nomination.

Mwonzora was nominated as the sole presidential candidate ahead of the party’s elective congress slated for December 18 after elbowing out other contestants.

Marara and party national chairperson Morgen Komichi were some of the presidential hopefuls.

In his urgent court application dated December 1, Marara accused Mwonzora of flouting the party’s constitutional processes to have himself endorsed as the sole presidential candidate.

“The elective congress has now been set to rubber-stamp the purported election of the second respondent,” Marara submitted through his lawyers Mangezi Nleya and Partners.

“Now that the national council has unlawfully endorsed and imposed the second respondent the outcome of the congress is a foregone conclusion,” Marara argued.

“The second respondent has manipulated the electoral process in order to ward off competition.”

Mwonzora seized control of the MDC Alliance from Citizens Coalition for Change (CCC) leader Nelson Chamisa, and went on to claim all MDC names and emblems.

He had also outfoxed his former close ally and then acting party president Thokozani Khupe at the party’s extra-ordinary congress in December 2020 to claim the presidency.

Mwonzora went on to expel Khupe from the party in Janaury this year.

Mwonzora also recalled a number of legislators and councilors who contested the 2018 elections under the MDC Alliance banner after they crossed the floor to the CCC.

Marara said his right to contest for the party presidency was under threat as he pleaded for a ruling overturning Mwonzora’s nomination.

“Applicant’s right to participate in the election is under serious threat.

“The harm to the applicant will be irreversible,” he submitted.

“Elections have cycles, and once a cycle goes by circumstances become irreversible.

“Once endorsed at congress as is intended, the second respondent will become party’s candidate for 2023 elections”.

“There is no other remedy which can afford applicants similar relief. The respondents are determined to exclude him from contesting in the election.

“There is no other way he can exercise his right to participate in the forthcoming election except with the intervention of the court.

“The congress is a few days away and if the court doesn’t intervene urgently, the applicant will be excluded from the electoral process,” he added.

In a certificate of urgency,  his lawyer Cecil Mutsvandiani registered with Shava Law Chambers said his client may suffer irreparable harm if the courts do not intervene.

“No doubt the country has entered the electoral season.

“But these seasons come and go and once gone they can’t be recovered,” Mutsvandiani said.

“Whoever wishes to contest elections can only assert their rights before the election.

“Once the elections are done they become water under the bridge.”

The matter has not been set down for a hearing.