SA police recover another car being smuggled into Zim 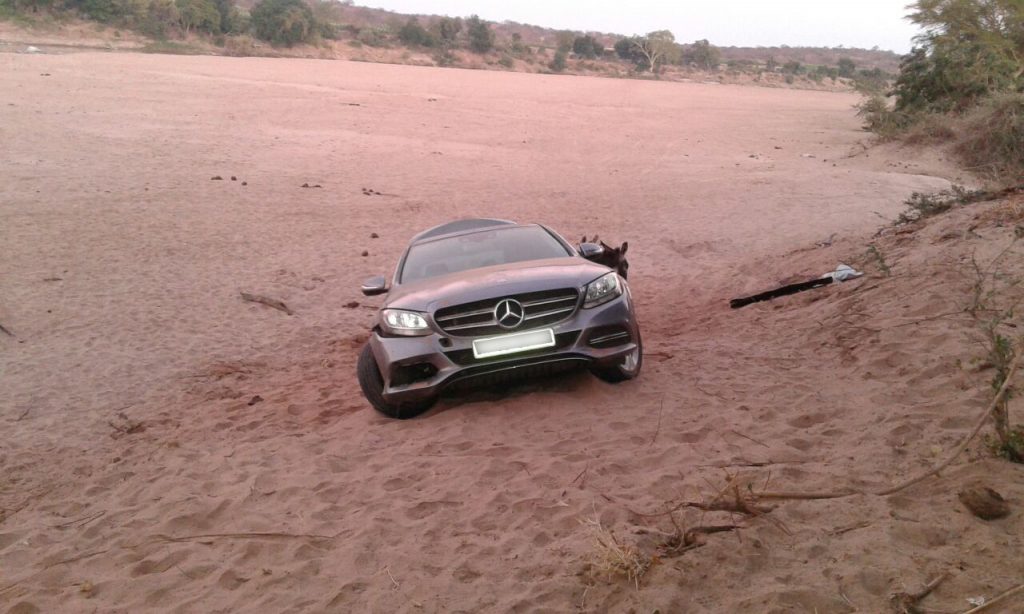 South African Police Services (Saps) on Monday recovered another top-of-the-range car, the second in as many weeks, being smuggled across the dry Limpopo riverbed into Zimbabwe.

The vehicle, a diamond-shaped late model Mercedes-Benz C220, was just on the verge of being pulled out of the river when Saps officials pounced on the smuggler, who outran them.

He was using donkeys to power the car across the sandy riverbed and the owners of the beasts fled with him.

“The police have succeeded in recovering yet another vehicle before it could be completely smuggled into Zimbabwe across the Limpopo River,” Limpopo province police spokesperson, Motlafelo Mojapelo said in a statement on Monday.

“A new shape Mercedes-Benz sedan C220 was intercepted just in time before disappearing into Zimbabwe. The suspects were using donkeys to pull the car across the river.”

Saps members arrived at the point, some 30km downstream of the Limpopo from Beitbridge, a known smuggling point near the disused Panda Mine in Zimbabwe, but the smuggler and villagers assisting him fled further inland into Zimbabwe.

The donkeys that had pulled the vehicle for about 500 metres in the sand were exhausted and failing to negotiate a steep finishing point, Mojapelo said.

“Our members were just in time after the donkeys were apparently no longer able to pull it through the sand,” he said.

“The suspects fled into the bushes towards the Zimbabwe side.

A fortnight ago, Saps intercepted another Mercedes-Benz car stolen from Durban that was being smuggled into Zimbabwe through a similar point.

Although Saps maintains a presence along the border with Zimbabwe, rogue and corrupt law enforcers from both countries assist smugglers to beat the system.

An anonymous letter purportedly written by a junior police constable at Beitbridge recently accused his boss of demanding huge sums of money to deploy someone on that “lucrative” beat.

Apart from vehicles, large quantities of goods, whose importation is restricted, find their way into the country through numerous porous points on the Limpopo.

The Zimbabwe Department of Customs and Excise patrols on the border line are irregular and made difficult by rugged roads and lack of co-operation from the community.

“Our area is dry. We cannot die of thirst while our feet are in water,” a villager from Beitbridge East, who confessed eking out a living through assisting smugglers, said metaphorically.

He said villagers had a strong network and poorly remunerated police deployed in their areas made practical choices between the law and their bellies.