President Cyril Ramaphosa said he would send special envoys to Zimbabwe within “days” in a second attempt to resolve an ongoing crisis. 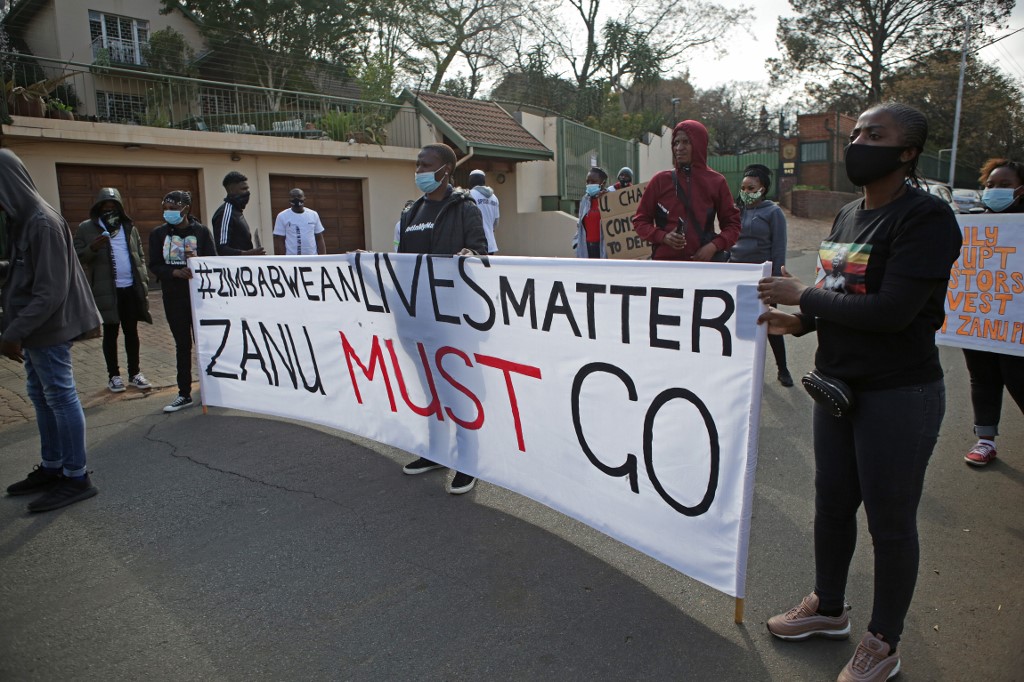 Protestors hold up placards against the government of Zimbabwe’s alleged state corruption, media freedom and the deteriorating economy outside the Zimbabwean Embassy in Pretoria on August 7, 2020.

JOHANNESBURG – President Cyril Ramaphosa said he would send special envoys to Zimbabwe within “days” in a second attempt to resolve an ongoing crisis in the country’s northern neighbour.

The delegation did not meet opposition parties and was widely criticised for failing to confront President Emmerson Mnangagwa about his administration’s mounting crackdown on dissent.

Zimbabwe’s government has vehemently denied that a crisis is unfolding within its borders.

“The (ANC) secretary-general will be finalising the delegation that will be going to Zimbabwe in days to go and meet with the Zimbabwe governing party,” Ramaphosa told reporters during a virtual press conference on Monday.

“When they get there they should get the opportunity of meeting other stakeholders in Zimbabwe,” he added.

“Clearly it is important that we get as broad a view of what is happening in Zimbabwe as we possibly can.”

The southern African country has been crippled by decades of mismanagement, and many Zimbabweans complain that the situation has grown worse under Mnangagwa.

In July he vowed to “flush out” the “bad apples” attempting to “divide our people” — stoking concern among social activists and opposition figures already targeted by the government.

Mnangagwa’s harsh rhetoric and a recent spate of high-profile arrests have sparked outrage on social media, with the hashtag #ZimbabweanLivesMatter trending worldwide.

The first South African delegation, sent to Zimbabwe on August 10, met only with Mnangagwa.

No statement was issued after the visit and Ramaphosa — who is also the current chairman of the African Union — has faced pressure to take a more decisive stance.