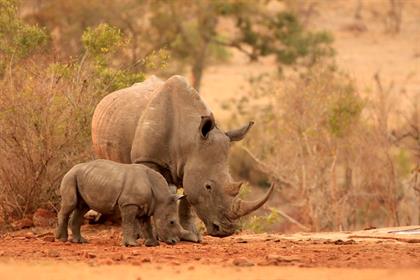 Seven Chinese nationals appeared in a Zimbabwe court on Thursday after they were arrested last month with rhino horn pieces worth nearly a million dollars.

They are facing charges of breaching the country’s wildlife laws.

Police detectives found pieces of rhino horn stashed in a mattress, plastic bags and in boxes at a house in one of the town’s suburbs.

The seven who are all unemployed, appeared in the dock wearing khaki prison garb at the court in the resort town of Victoria Falls.

Their trial which had been scheduled to start on Thursday was delayed to January 9 after prosecutors said they were not yet ready.

Prosecutor Bheki Tshabalala said police indicated they want further charges of money laundering from the case and also mentioned of a charge of theft of a motor vehicle.

Under Zimbabwe’s parks and wildlife laws it is illegal to keep, possess, sell or dispose of any protected animal’s products or trophies.

The rhino horn pieces weighed 20.98kg and were valued at $938 700 according to the prosecution.

Rhino horns are highly coveted in some Asian countries such as China and Vietnam, where they have fetched up to $60 000 per kilogramme, for their supposed medicinal qualities.

The demand has fuelled a boom in poaching and trafficking in Africa, especially in Zimbabwe’s neighbour, South Africa.

South Africa, which is home to about 80 percent of the world rhino population, has lost more than 7 100 animals over the past decade.

In 2016, wildlife authorities in Zimbabwe said that they had begun dehorning the country’s 700 adult rhinos to curb rampant poaching.