SOLDIERS have continued to maintain a high presence in residential areas around the country, harassing civilians and, in most cases, beating them up without explanation, as opposition MPs and activists, who are yet to be arrested for allegedly inciting public violence, have gone into hiding. 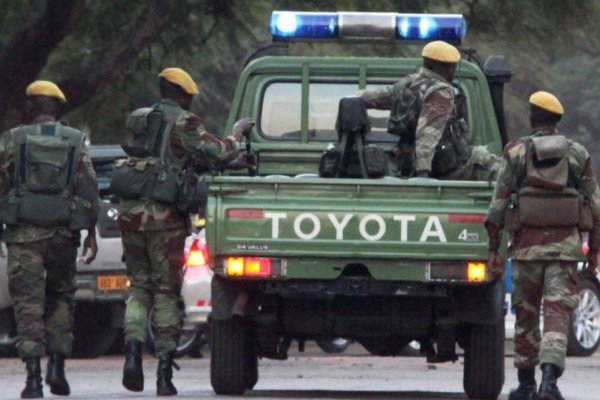 Armed with AK-47 assault rifles, the soldiers, who were moving in truckloads, besieged Ruwa around mid-morning and assaulted dozens of men in the area, forcing a few shops that had opened to close, while many fled their homes.

Even those disembarking from public transport were being beaten up and told to stay indoors.

The military clampdown came as security bosses on Saturday assured Zimbabweans that all was well and that they must go about their business in peace.

“The security services want to reiterate the assurance by government that adequate security has been put in place to ensure members of the public and business go about their activities without hindrance,” army spokesperson Colonel Overson Mugwisi said on Saturday night.

“The Zimbabwe Defence Forces and security services remain committed to the provision of the safety and security to all members of the public.”

In Budiriro, according to Human Rights Forum: “Around 1pm today (Sunday), soldiers fired two shots at a kombi, targeting the driver, resulting in an accident”.

Also in the Avenues area of Harare and Mufakose, there were reports of soldiers moving around terrorising people amid fears of another shutdown, whose organisers have remained anonymous, set to start today until Friday.

In Chitungwiza, MDC legislators among them, Godfrey Sithole, Maxwell Mavhunga and Unganai Tarusenga, were said to be in hiding after security agents went after them.

Mavhunga confirmed that he was in hiding, adding he would hand himself over to the police today.

In Chinhoyi, MDC leaders were also said to be in hiding following raids at their homes by police.

In a statement, Zeff said in demonstrating, ordinary people were seeking conversation with their government, “but it responded by unleashing horrific terror on defenceless citizens”.

The Democratic Alliance of South Africa has pleaded with President Cyril Ramaphosa to intervene in the Zimbabwe crisis to curb another influx of Zimbabweans fleeing political persecution back home.