“THE MARCH IS NOT ENDED”

Source: Solidarity Statement Issued in response to the State’s attack on the Zimbabwe Catholic Bishops’ Conference – The Zimbabwean 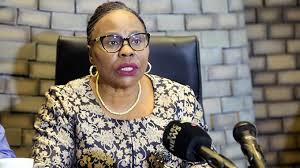 The Zimbabwe Human Rights NGO Forum (the Forum) stands in solidarity with the Zimbabwe Catholic Bishops’ Conference (ZCBC) on their call for peacebuilding, nation-building, eradication of corruption and the need for stability and good governance.

Through a pastoral letter dated 14 August, ZCBC called on the government to address challenges bedevilling the country. Major issues raised by the ZCBC, which the Forum agrees with, include the need to deal with corruption, impunity, cycles of violence, economic challenges and the need for peacebuilding given rampant episodes of mass human rights violations including Gukurahundi.

The Forum is however shocked with the attacks against the ZCBC by the government through the Permanent Secretary in the Ministry of Information and Publicity Mr Nick Mangwana’s statement published in the Herald of 15 August and the statement released by the Minister of Information, Publicity and Broadcasting Services Senator Monica Mutsvangwa on 15 August 2020. It is surprising that high-level government employees take time to vent against the church for addressing issues that are already in the public domain and known by all citizens. In his statement, Mr Mangwana professed ignorance to the obvious human rights and socio-economic crisis fueled by the unresolved past injustices clearly indicated by the ZCBC in their statement.  Similarly, Senator Mutsvangwa went out guns blazing labelling the good-willed ZCBC as purveyors of violence. Rather, the statement by the ZCBC clearly called for peace, constitutionalism and respect for human rights.

The Forum would like to draw the attention of Mr Mangwana and Senator Mutsvangwa to our Bill of Rights particularly sections 60 on freedom of conscience and section 61 on freedom of expression. The statements issued by Mr Mangwana and Senator Mutsvangwa directly infringe the enjoyment of these constitutionally given rights. The Forum also directs the attention of the government on the importance of the church in advocating for social justice. The Zimbabwe Catholic Bishops’ Conference, the Catholic Commission for Justice and Peace (CCJP) and other catholic related organs were at the forefront of denouncing human rights violations before independence. Silencing the church to speak up against injustices is deplorable, unwarranted and a betrayal of the people’s revolution against autocracy and mass human rights violations which started during the liberation struggle.

The Forum reiterates its unwavering solidarity with the ZCBC.

The Forum, therefore, calls upon the government to;

Like the ZCBC, the Forum reminds the government and citizens that The March is not Ended.