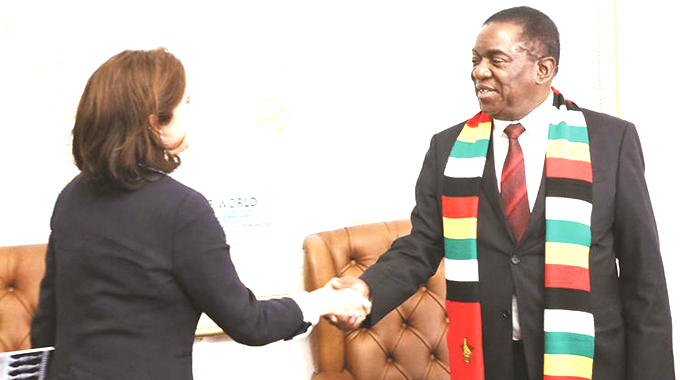 “I hope that everything will be settled within the legal framework and the Constitution and I hope that the new Government will continue with the reforms and the consolidation of the democratic process,” she said.

“I am leaving at this moment and I am very sad to be leaving Zimbabwe because it was a very good experience,” she said.

“I was also privileged to have been in Zimbabwe during the new dispensation and I hope that Zimbabwe will move forward and the transition process is consolidated and I wish all the best to Zimbabweans that deserve to have a better future.”

Ambassador Moral said she had also engaged various Spanish companies that were willing to invest in Zimbabwe.

“I have been talking to Spanish companies to come and invest in Zimbabwe,” she said.

“In Spain we have big companies that have experience in energy, infrastructure and agriculture and I have been talking to His Excellency the President about Spanish cooperation in agriculture.

“Tourism is one important area that Spain has experience and its one area we can cooperate and we have also been talking to the Ministry of Foreign Affairs on other areas where we can co-operate.”

Zimbabwe and Spain enjoy cordial relations and the country opened its embassy after the country attained independence in 1980.