Split in Cabinet over transaction tax 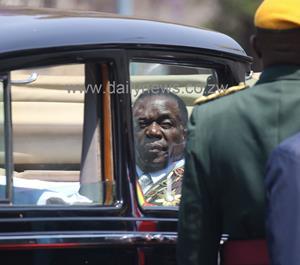 HARARE – The recently announced tax regime has divided President Emmerson
Mnangagwa’s Cabinet right through the middle with a section of it pushing
hard to have the austerity measures reversed to ease the suffering among
ordinary Zimbabweans, the Daily News can report.

Early last week, Finance minister Mthuli Ncube introduced a raft of
measures aimed at breathing life into the country’s sickly economy –
including a transaction tax pegged at two cents per dollar, which
backfired spectacularly after being rejected by crisis-weary Zimbabweans.

To calm tempers, Ncube toned down the new measures on Friday, but that has
done very little to calm markets that have hit turbulence.

Militant labour unions are now galvanising their members to go on strike
to protest the punitive tax regime which they say must be scrapped as a
matter of urgency.

Ministers in social service ministries are particularly concerned that the
new tax will make Mnangagwa’s administration unpopular with the generality
of the population which has been hit hard by its consequences, intended
and unintended.

Not even some of the ministers presiding over economic ministries are on
the same page with Ncube over the new measures, with Energy minister Joram
Gumbo appealing to the authorities last week to review the tax measures.

In an interview with the Daily News, Gumbo warned that the tax, which has
already caused disquiet among petroleum firms, would lead to massive fuel
price increases whose domino effect could potentially result in chaos in
the economy.

Gumbo went as far as engaging Vice President Constantino Chiwenga, to whom
he directly reports, to intervene.

In an interview with the Daily News yesterday, Small to Medium Enterprises
minister Sithembiso Nyoni expressed her reservations saying while there
could be advantages to be drawn from the austerity measures, including
easing tax collection for government, there was need for a thorough look
into the issue, including canvassing recommendations from stakeholders.

Nyoni spoke to the Daily News after Mnangagwa had for the first time
openly spoken about the controversial tax, fully supporting his embattled
Finance minister at a Professional Women Executives and Business Women’s
Forum (PROWEB) business breakfast held at a Harare hotel yesterday.

Mnangagwa said in order to build the economy, government would have to
take painful measures.

“Liberalisation of the economy has its own pains. This is one of the pains
we are going to go through. I am happy that you have said I am decisive,
for good or for bad, I am decisive.

“We will not continue to live in the past when the world is going ahead
with ICT. Zimbabwe should not remain behind.

“The traditional methods of revenue collection are changing by the day,
migrating from the past tradition to modern ICT patrons and as Zimbabwe,
we must follow and adapt ourselves to modern trends in terms of collection
of revenue,” said Mnangagwa.

The president said while he takes cognisance of the issues raised, it is
necessary to also consider the challenges confronting the country’s
economy such as its ballooning internal and external debt.

He said for the country to become a viable economy, painful measures were
unavoidable.

“This is the beginning, we will not please the tax payer. We want to
please the economy not the individual. We need productivity to get the
foreign currency we need,” he said.

At the PROWEB forum, Nyoni said it was felt that stakeholders must
critically look into the matter and make recommendations.

“I think …Mnangagwa’s answer was pertinent that we need to go into
really understanding who is exempted from it and who is affected by it, so
we need to find out what is what and which is which and then we will be
able to take our recommendations through the right channels to the
ministry,” Nyoni said, adding it was prudent for stakeholders to do a cost
and benefit analysis first before rushing to criticising the initiative.

“I also think we are just taking it blanketly, so without that analysis
and I think as far as women are concerned, we were satisfied by the answer
the president gave to the effect that we are going to sit down and analyse
it.

“I think before we can criticise the taxes, it is important for us to
study them carefully and analyse them and understand what they mean,
particularly where exemptions are mentioned and I think a lot of people
are criticising before they really go into what does it means or who, when
and how. I think that’s what I would like to encourage.

“I think the advantages will be that there will now be an organised way of
collecting taxes, because as the president now said that we have to be
digital.”

Several shops have since removed price tags from their goods while hire
purchase companies have revoked credit and lay-by terms as panic swept
across business.

Suppliers also put notices to supermarkets of new price increases as a
result of both the two cents per dollar tax and widening fuel shortages.