Stand up for sit down – Zimbabwe Vigil Diary 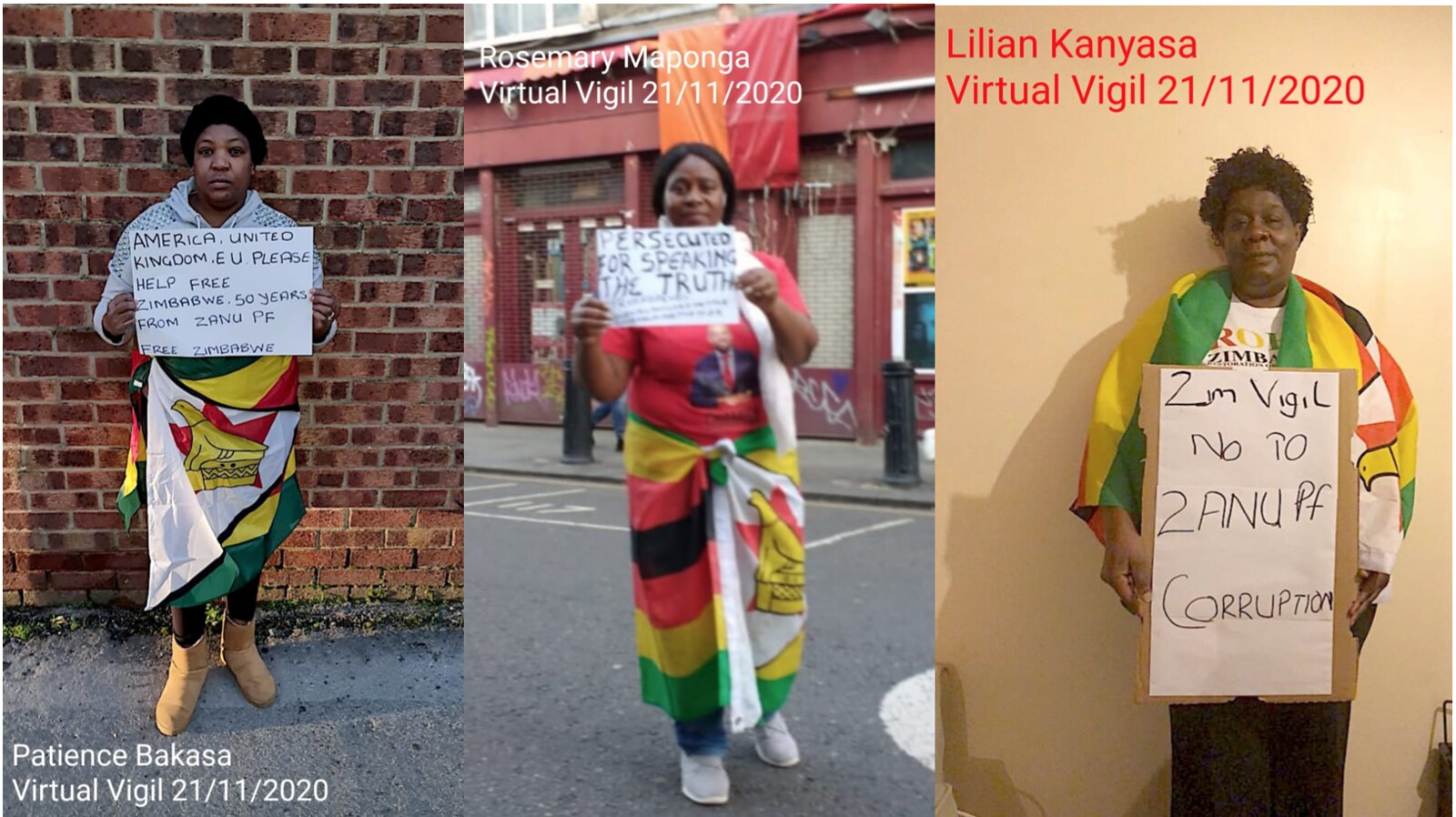 Zimbabwe Lawyers for Human Rights called on the Mnangagwa government to ensure that everyone has access to a clean and safe toilet by 2030. It seems as likely to happen as the government’s promise that we will by then be an ‘upper middle-income country’.

A recent government report said the majority of urban suburbs were exposed to drinking sewage – contaminated because of poor sanitation management by local authorities (see: https://www.thezimbabwean.co/2020/11/on-world-toilet-day-accelerate-implementation-of-measures-to-ensure-sustainable-sanitation/).

The situation is particularly bad in Bulawayo, where taps have been dry for months and people in poor suburbs face a daily struggle to get water. Diarrhoea outbreaks are a particular threat to young children – with or without toilets.

Bulawayo used to be an important industrial centre but it has been laid low over the last 20 years. Latest government figures show that now only 9% of Zimbabwe’s exports are manufactured goods (see: https://www.thezimbabwemail.com/economic-analysis/5-key-numbers-in-zimbabwes-new-economic-plan-show-erosion-of-a-once-solid-industrial-base/).

We in the diaspora are glad that, despite the Covid crisis, remittances sent back home have risen sharply and now contribute some US$658 million a year to the economy (see: https://www.businesslive.co.za/bd/world/africa/2020-11-19-zimbabwes-diaspora-remittances-surge-as-lockdowns-forced-use-of-official-channels/).

An small contribution in the form of a bribe would have been made by the Malawian millionaire Propheteer Shepherd Bushiri, who abandoned his gullible flock in South Africa to escape fraud charges he was facing there. He appears to have passed through Zimbabwe back to Malawi without a problem. The MDC Alliance said this showed how easily border management could be manipulated by corruption and bribery. The Profit said he and his wife had fled South Africa for their lives. ‘My wife and I strongly believe in our innocence but this cannot be proved if our lives are not preserved’, he said (see: https://www.bbc.co.uk/news/world-africa-54990694).

Under the Mnangagwa regime, there’s been no let up in corruption. The latest scandal involves the Red Cross whose acting secretary-general has been charged with firing subordinates who had reported corruption to the Anti-Corruption Commission.

You couldn’t invent it if you spent the whole day sitting on your brand new toilet – even if it was connected to a water supply . . .