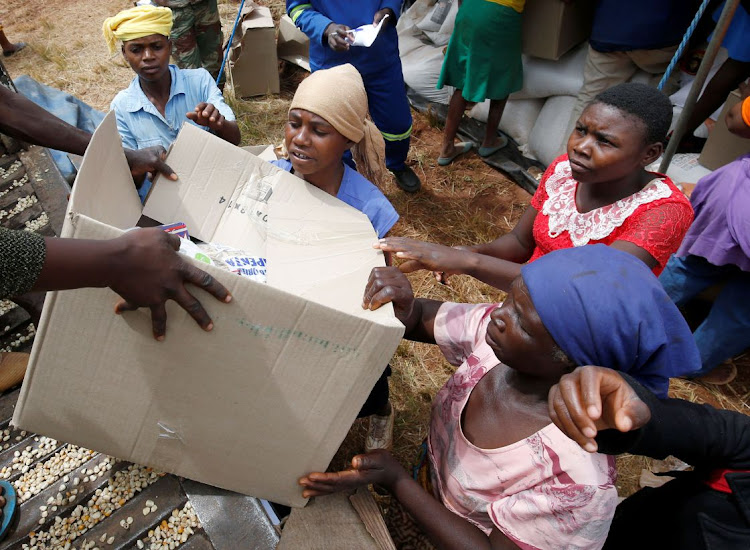 Zimbabwe is in the grips of its worst food crisis in four decades with close to half of its population facing hunger in 2020.Picture: REUTERS/PHILIMON BULAWAYO

Mishandling of Zimbabwe’s agricultural sector has caused the current wave of hunger plaguing the country, a top EU diplomat says.

Once the breadbasket of Southern Africa, Zimbabwe is in the grips of its worst food crisis in four decades with close to half of its population facing hunger in 2020.

Two decades ago the country embarked on a land reform programme by grabbing farms from white farmers to give to landless blacks, but since then agriculture production has been on a progressive decline.

While a drought hit the entire southern African region in 2019, Zimbabwe was the most affected among all the Southern African Development Community (Sadc) countries owing to lack of investment in irrigation and modern agriculture methods.

Addressing a press conference in Harare last week, Janez Lenarčič, the EU’s commissioner for crisis management said Zimbabwe would receive about 75% of the $24.5m (about R360m) that the EU had budgeted for the Sadc region’s food relief.

Zimbabwe would get $18.7m while the remaining amount will be channelled to Eswatini, Madagascar, Lesotho and Zambia, he said.

“So large areas are lying fallow. There is not much investment coming into farming and this is related to the issues around governance and how the agricultural sector is performing.”

A parliamentary probe revealed that close to $3bn was misappropriated under a government subsidy programme dubbed command agriculture, which was abused by senior officials. Instead of the money being put to productive use, millions were splurged on non-essentials such as top-of-the-range vehicles, with vice-president Constantino Chiwenga divulging that he was one of the beneficiaries.

Olkkonen said the government subsidy programme had caused “a lot of problems due to issues of mismanagement”.

When the government embarked on land reform in 2000, the programme was aimed at empowering landless people but its critics say it has been turned into a political tool for those aligned to the ruling Zanu-PF.

Former cabinet ministers Jonathan Moyo and Patrick Zhuwao, who are political rivals of President Emmerson Mnangagwa, recently had their farms repossessed, allegedly because of their fallout with the sitting regime.

The ministers belonged to a Zanu-PF faction that was pitted against Mnangagwa in the party’s internal fights and are now living in exile after fleeing the country soon after the military coup that led to the resignation of former president Robert Mugabe.

In his court papers, Moyo said Mnangagwa’s government had repossessed his farm in December for political reasons.

“The withdrawal of the offer letter is politically motivated, constitutes an abuse of power and is accordingly unlawful.

“The decision implicates a breach of administrative law standards in that it is substantively unreasonable in the extreme and constitutes state-sanctioned theft,” he argued in the court documents.

Zhuwao filed a court challenge in which he said the withdrawal of the title to his farm had been made “on the basis of unsubstantiated and spurious allegations without investigating the veracity of such allegations.”