TelOne gears up for privatisation

Source: TelOne gears up for privatisation – The Standard March 17, 2019 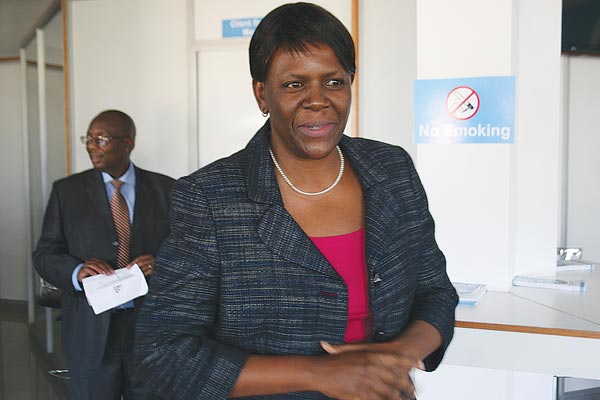 TelOne says it has appointed a consultant who will advise the company on the restructuring of its staggering $380 million debt as it seeks to clean its books and attract private capital.

TelOne is among a number of state-owned enterprises and parastatals that have been earmarked for reform as government moves to wean off the entities, which have become a drain on the fiscus.

Some of the state-owned companies will be sold off completely, while others such as TelOne will dispose some equity for capital investment.

“As you might be aware, we are earmarked for partial privatisation this year,” TelOne MD Chipo Mtasa told Standardbusiness last week.

“We are in discussions with our parent (ICT) ministry and the Ministry of Finance and a lot may depend on how the privatisation progresses.

“I cannot give specific dates as to when we will finish, but what I can tell you is that we have brought a transactional advisor on board but is yet to be cleared by our ministry.

“We have actually completed all the procurement procedures for that.

“From now we will be working with the transactional adviser.

“The advisor will be tasked with preparing all the detailed financial, technical and legal work required to prepare for partial privatisation.”

“The network vandalism will always affect us,” she said.

“People have seen value in copper, you have seen both us and Zesa (Zimbabwe Electricity Supply Authority) being hit because our old network infrastructure phone lines, including for the internet service, ADSL, is on copper lines .

“Now there is a lot of theft of copper.

“Even now when we deploy our network in form of fibre, people do know that fibre has no commercial value so they sometimes dig and interrupt our services.
“In 2018, I think we lost more than $10 million in network vandalism, especially in Harare it has been bad.

“We are beginning to replace some of the areas, that have copper with fibre like Southerton and the Workington industrial area, but we can’t do it everywhere because it’s very expensive”.

TelOne last week commissioned the national broadband fibre link funded through China Eximbank and implemented by Huawei Technologies, which is envisaged to reduce data costs by up to 40%.

“We had an internet bandwidth that was coming in through Mozambique,

“So when it comes through Mozambique, we also have to pay for transit costs in United States dollars because we pick up costs through the port in Maputo.

“What it then does is that the total cost becomes lower when it lands in Beitbridge.”

“There are so much foreign currency deals that we are going to make. Our wholesale team is engaging with other players and entities up north who also want it,” she said.

“Like how I was explaining that we are being charged through transporting via Mozambique, we will also now charge using our pipe into other countries.

“So we are looking into those deals. We can’t really give a big value at the moment, but it’s something that can progressively grow as we open up.”

The company’s forex requirements are estimated at $2,5 million per month for operational expenses and servicing of foreign loans.