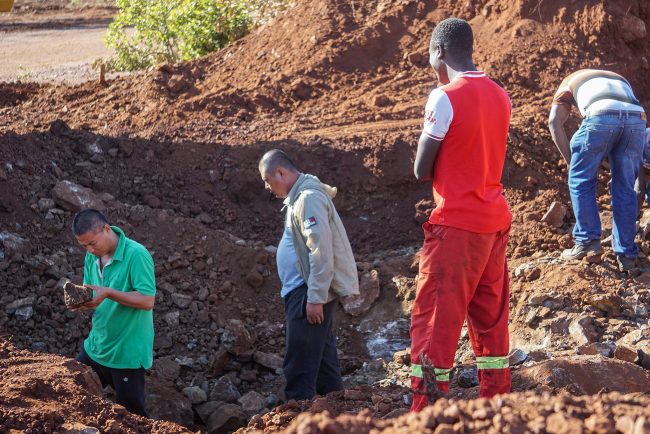 Local chrome miners depend on Chinese investors for machinery and a market for ore. In theory, the partnerships are mutually beneficial. But in practice, Zimbabwean miners say, the relationships are exploitative.

MAPANZURE, ZIMBABWE — Mounds of black chrome shimmer along the highway that runs through this area, as mine workers labor near heavy machinery marked with Chinese writing.

The workers toil about 5 kilometers (3 miles) from the road, at a mine belonging to Hilary Sibanda, 44, a former teacher. It features gullies, water pits and towering deposits of chrome ore.

An excavator, driven by a Chinese national known as Frank, rumbles about, then stops. He has found something. Four Zimbabwean men who work with Sibanda gather to finger the chrome samples the excavator has unearthed. Sibanda grins.

“Today the chrome is close to the surface,” says Sibanda, who walks with the gait of a younger man and wears a serious demeanor. “Good news for me. The deeper [the Chinese] excavate, the higher the cost for me.” 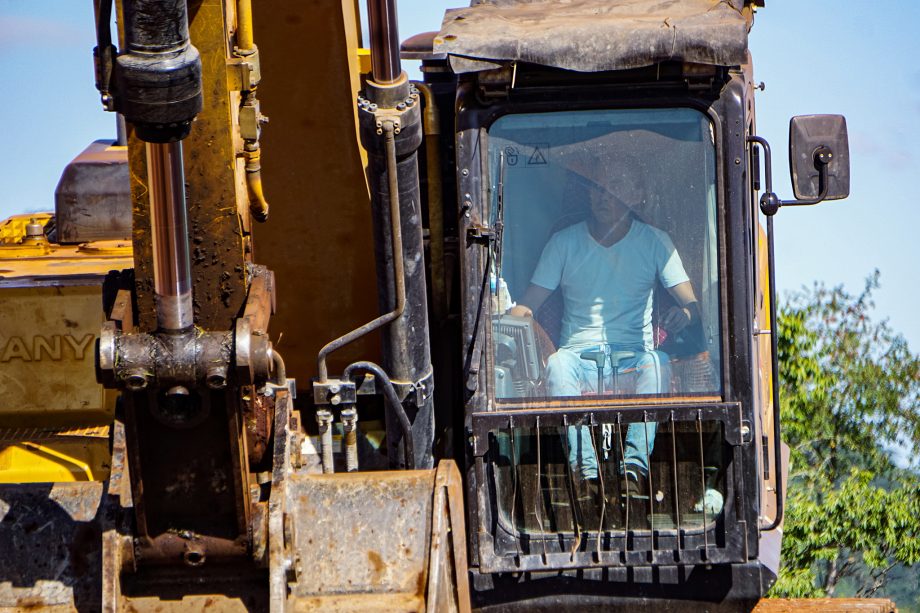 A Chinese miner operates an excavation machine at Hilary Sibanda’s mine. Zimbabweans, who usually do not own their own mining machinery, depend on the Chinese for equipment.

Zimbabwe boasts the world’s second-largest chrome reserves, behind South Africa, and most of this mining occurs along the Great Dyke, a 550-kilometer (342-mile) stretch that runs the length of Zimbabwe. Chrome, a blackish mineral, is used to produce stainless steel.

The Chinese are major shareholders in the Zimbabwe Mining and Alloy Smelting Company, known as ZIMASCO, one of the country’s largest chrome-mining companies. They also invest heavily in gold, platinum and diamonds, giving them outsize influence over Zimbabwe’s vast minerals industry.

Chinese miners partner with small-scale chrome producers in the Mapanzure area of Zvishavane and across the country. Locals, who usually do not own their own mining machinery, depend on the Chinese for equipment. In exchange, Zimbabwean miners say, they must sell ore back to their Chinese partners – or risk losing the relationship.

Critics also point to complaints about environmental practices and labor abuses that have long shadowed the Chinese involved in Zimbabwe’s minerals industry.

For their part, Chinese miners say they treat local partners fairly and just want to make a living.

Tensions swelled in late June when the Chinese manager of a mining company in central Zimbabwe shot two local employees in a wage dispute. Video of the shooting prompted a national uproar, and the Zimbabwe Environmental Law Association called it “part of a systematic and widespread pattern of labor rights violations by Chinese companies and investors in the extractive sector.”

In a statement on Twitter, a spokesperson for the Chinese Embassy said that the nation’s government was “highly concerned about the case.”

“Any possible illegal acts and persons who violate the law should not be shielded,” the statement said. 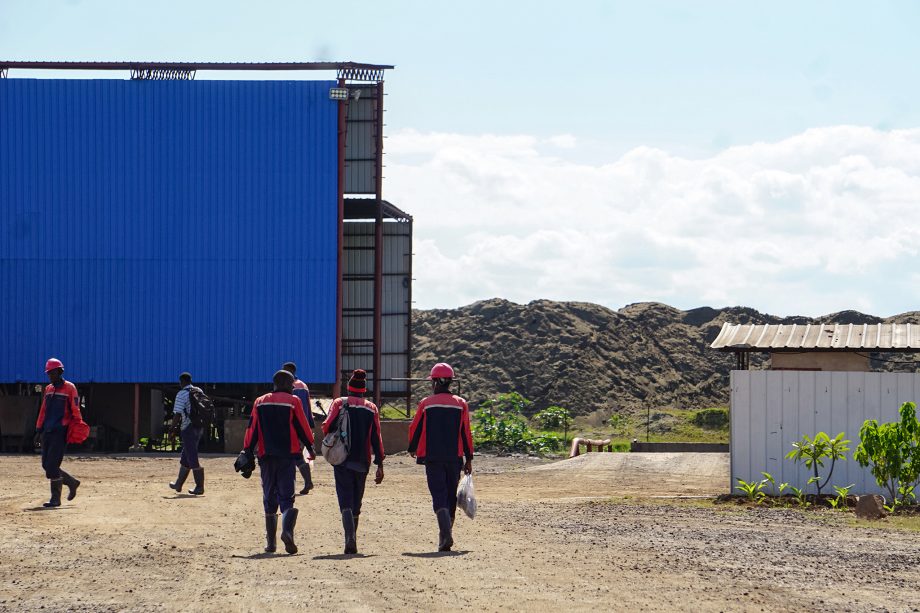 Employees arrive for work at Li Lifeng’s enterprise, where chrome is sent to buyers.

Fueling these tensions, local miners say, are a burdensome bureaucracy and Zimbabwe’s economic instability. The country’s inflation rate ballooned to 737.3% in June.

“This country is currently not a good destination for foreign investment, and this is not a secret,” says Chief Mapanzure, whose name is Collen Chimhofu, head of this area in the city of Zvishavane, 394 kilometers (245 miles) south of Harare, the capital.

“The Chinese are our all-weather friends and naturally the ones available to work with chrome miners. That lack of competition obviously is a major disadvantage for local miners.”

China has become one of the main buyers of Zimbabwe’s chrome. Wellington Takavarasha, chief executive officer of the Zimbabwe Miners Federation, says Chinese nationals are responsible for 90% of the investment in the country’s mining industry overall.

“Unlike other nationals, who question a lot about the investment climate, the Chinese get in and invest,” he says. “This is not unique to the chrome sector. It’s across the board.”

Takavarasha says he has talked with the Chinese Embassy about charges of inhumane and unfair business practices. The conversations, he says, are ongoing.

For every 1,000 tons, a claim owner – who has access to the ore but must renew his title to the mine annually – takes 15% to 30%, and the rest goes to Chinese miners. Sibanda gets 30%, but he sells that to his Chinese partners at what he says are artificially low prices. His partners, who supply him with mining equipment, end up with all the chrome.

“This makes them more powerful over us, even though the claim is mine,” he says, adding that he barely clears a profit. “I can’t explore other buyers [because] that would make this deal go sour. I just must stick with them.”

Another hitch is Sibanda’s lack of a mining certificate. Mining without certification is illegal, but Sibanda says he has done nothing wrong.

He says he was contract mining for ZIMASCO when the government forced that company to give up 50% of its chrome fields, which included those he worked on. As a result, he had to reapply for his certificate. That was three years ago. 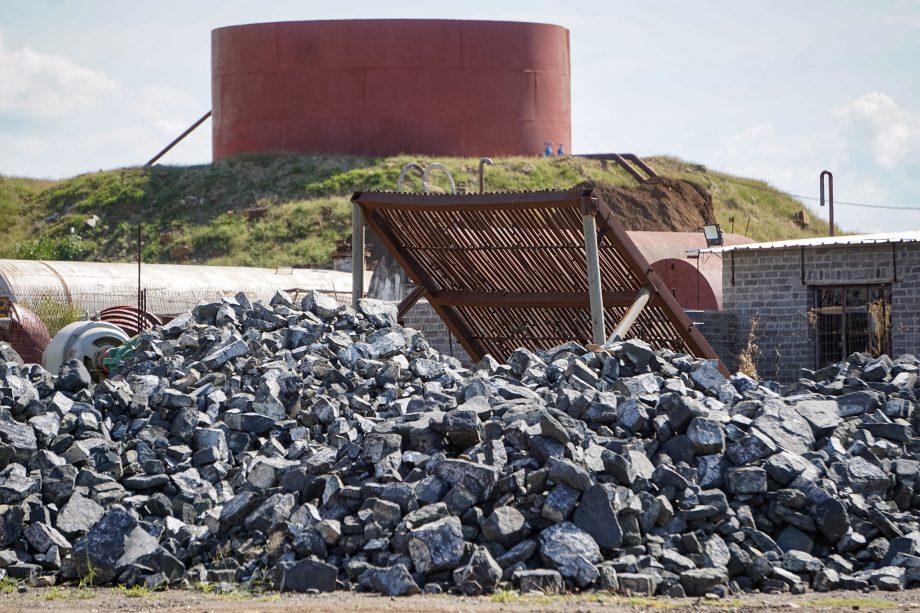 Li Lifeng manages a chrome-washing plant along the highway that runs through Mapanzure. Lifeng says he gives local miners a fair price for their chrome, but he has stopped buying for now because of Zimbabwe’s economic challenges and the pressure to increase prices.

Li Lifeng manages a Chinese-owned chrome-washing plant along the Zvishavane-Gweru highway near Mapanzure, and passersby can see hills of chrome in his compound. He has worked at the Mapanzure site for over a year now.

Lifeng says if he pays more for chrome, he’ll go out of business. He has already whittled his operations and put a hold on chrome purchases and mining activities.

Prior to this pause, Lifeng bought chrome at $25 to $30 per ton. In recent years, the government-owned Minerals Marketing Corporation of Zimbabwe has paid more than $100 per ton to local miners.

“Everything is expensive and inaccessible in this country, so asking for a price increase is not viable,” he says. “It’s the reason I have put a hold on buying chrome. We are considering shutting down all operations for a while. The price we give them is fair.”

Onesimo Moyo, permanent secretary in the Ministry of Mines and Mining Development, says his agency is working with the Ministry of Finance and Economic Development on a structure to finance small-scale miners in the nongold sector. He also says the government wants to speed up certification for miners in general.

Sibanda says that although he is unhappy with the prices he gets, at least he is mining. For now, that will suffice.

“These partnerships ensure we have bread and butter, and we will utilize them,” he says. “When our options widen, we will jump at that chance.”