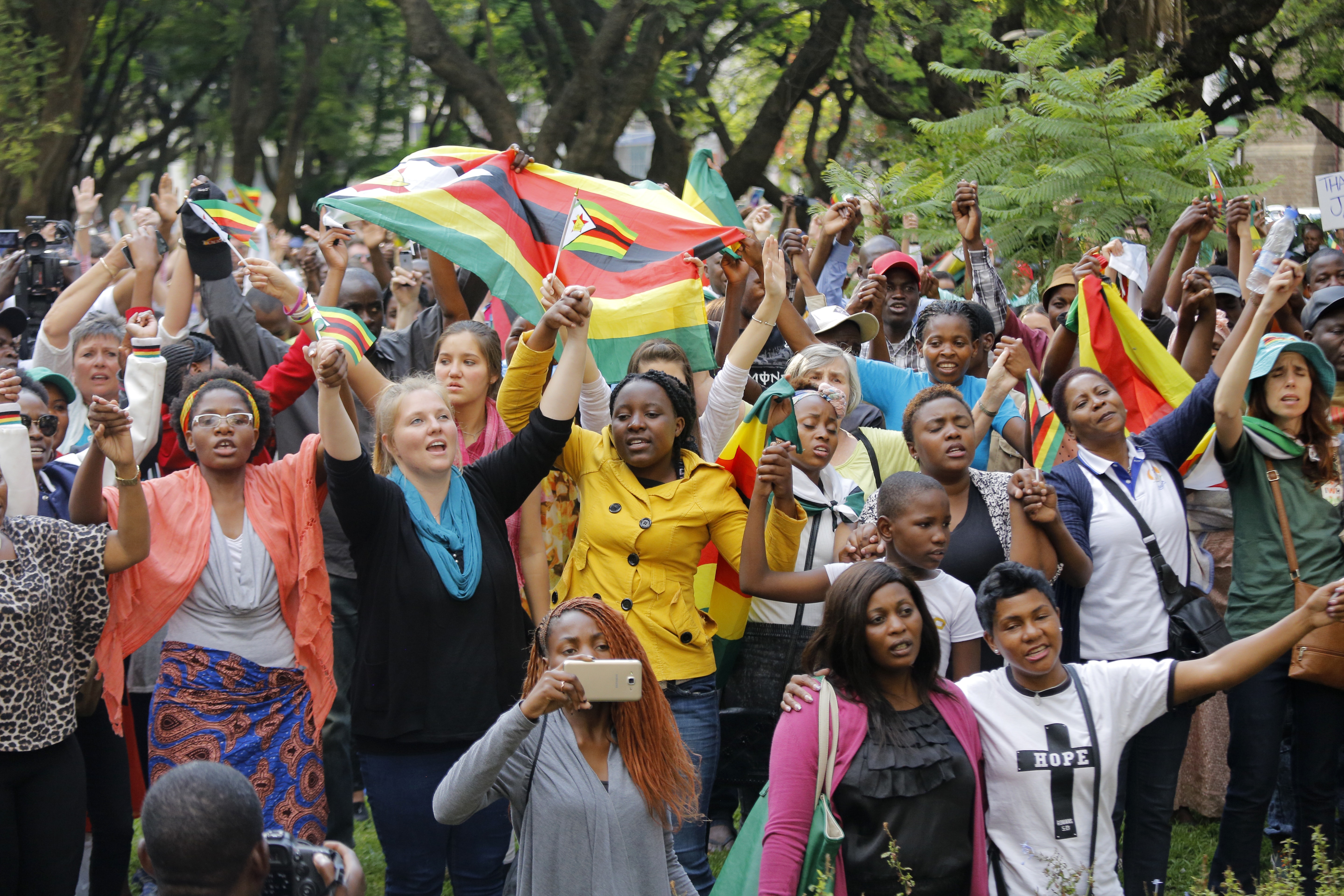 Zimbabwe’s new President Emmerson Mnangagwa has been cautiously welcomed with the hope that he will place Zimbabwe on a more democratic trajectory. He has spoken of a new democracy “unfolding” in Zimbabwe.

But this is wishful thinking.

There are three major barriers to a decisive break from the corrupt and dysfunctional political system that has been playing out in Zimbabwe: the ruling Zanu-PF, its president and what’s been their main sustainer – the military.

None would want to oversee real change because facilitating democratic rule with real contestation for power would mean running the risk of electoral defeat. This would endanger the networks of self enrichment that have been put in place over decades.

Instead, the next few months will see Zanu-PF, Mnangagwa and the military continue to block democracy as they seek to hold onto the power.

The nature of Zanu-PF

Zanu-PF presents a formidable obstacle to democratic progress in the country. Zimbabwe has maintained the outward appearance of a multiparty democracy since independence in 1980. But it’s effectively been a one-party dictatorship.

The party brings a zero-sum game mindset to politics: it must always prevail, and its opponents must be crushed rather than accommodated. Opposition parties formally exist but they have not been allowed to win an election. Should such a possibility arise – as it did in 2002, 2008 and 2013 – elections will be rigged to preserve the status quo.

Zanu-PF provides the most egregious example of the culture of exceptionalism which has characterised the liberation party in power. These include:

– the belief that its entitled to rule indefinitely,

– its refusal to view itself as an ordinary political party,

– its conflating of party and state, and

– its demonising of other parties as ‘enemies of liberation’ seeking to restore colonialism or white minority rule.

The way in which Zanu-PF has colonised the state over almost four decades means that there is a vast web of patronage networks that have been entrenched to facilitate the looting of the state’s resources. Democratic change and clean government pose a mortal threat to these networks and such privileges are unlikely to be surrendered without intense resistance.

Mnangagwa’s ominous record makes it difficult to build a persuasive case that he represents a new beginning.

He served as Mugabe’s “chief enforcer” until November 2017. He was pivotal to the collapse of the rule of law and the implosion of the Zimbabwean economy. And he has been a central player in the gross human rights abuses that have characterised Zanu-PF rule. This includes the killings in Matabeleland killings in the 1980s. This is a past for which he has refused to acknowledge any responsibility.

His more conciliatory language has not matched his actions. After becoming president he appointed an administration of cronies, military hardliners and ‘war veterans’.

The appointments appeared to consolidate the power of the now dominant faction of Zanu-PF: the old guard securocrats who routed Grace Mugabe’s equally malign G40 faction through the barrel of a gun rather than democratic processes.

Having waited such a seemingly interminable length of time to land the top job, it is difficult to envisage Mnangagwa now placing his hard earned spoils at the mercy of a programme of democratisation.

The Zimbabwean Defence Force’s role in the removal of the president means that it has secured a place for itself as a privileged political actor and overseer of the entire political system.

The defence force has never been a neutral custodian of constitutional rule. Instead it has always been a highly politicised extension of the ruling party, a party militia in effect.

Previously its role was confined to repressing the ruling party’s opponents and maintaining the party’s dominance. The principle of civilian rule was respected even if this model of civil-military relations failed to meet any reasonable democratic standards. But with the coup, the military crossed a line. They determined the outcome of power struggles within the ruling party itself.

In the same way that the military has been politicised, the political system has been heavily militarised. This can be seen in the several key military veterans who have been appointed to the cabinet as well as Mnangagwa being the military’s candidate for the presidency. Essentially this is the civilian face of quasi-military rule in Zimbabwe.

What this points to is an effective “barracks democracy” emerging in Zimbabwe. The military has secured a veto over the leadership of the ruling party and over the wider political process. It also reserves the right to reject election results that it does not approve of, or to take action that could prevent such results materialising in the first place.

To see the military’s removal of Mugabe as an overriding good ignores the fact that it has no concept of the national interest, or that it views that national interest as synonymous with its own and Zanu-PF’s.

It is dangerously naïve to expect such a force to help facilitate genuine democratic transition when its entire raison d’etre has been to preserve one-party rule (under a leadership of its choosing), to disable meaningful opposition and to preserve its own corruption networks.

True democratisation – as opposed to merely maintaining the procedural forms of democratic government – is anathema to Zimbabwe’s ruling party, its president and the military.

It is evident that their task is threefold over the next few months. They have to secure support for a measure of liberalisation; arrest political enemies for corruption rather than tackling corruption per se; and provide a smokescreen of a largely vacuous democratic rhetoric.

The hope is that this will be sufficient to secure aid, investment and an endorsement by external donors while virtually nothing changes in the actual power relations inside the country.

Anyone committed to democracy in Zimbabwe -– whether inside or outside the country – should begin mobilising against this project sooner rather than later.