The Harare Haka: Why they’re doing our haka in Zimbabwe

Source: The Harare Haka: Why they’re doing our haka in Zimbabwe | The Spinoff

Inspired by Jonah Lomu and the 1995 Rugby World Cup, Churchill High School in Harare, Zimbabwe, has adopted and adapted ‘Ka Mate’, the haka made famous by the New Zealand All Blacks. Photojournalist Cornell Tukiri travelled to Harare see for himself and to ask: is this OK?

Words and images by Cornell Tukiri.

When a Zimbabwean friend of mine mentioned to me that a team from a school in Harare performed a version of the haka much like ‘Ka Mate’, I almost didn’t believe him. I searched the internet to get some sort of visual representation of ‘their’ haka. Why were they doing it? What purpose did it serve for a school in Zimbabwe to appropriate a Māori haka?

The All Blacks are arguably New Zealand’s most potent export. Their prowess on the field and record three Rugby World Cup wins makes them fine ambassadors for our island nation and the game of rugby. So it is perhaps only natural, and expected, that others will try to copy them.

Since 1906 the All Blacks have laid down a challenge to their opponents with the haka ‘Ka Mate’, composed by Ngāti Toa chief Te Rauparaha in the 1820s. Little did he know that almost 200 years later schoolboys in Zimbabwe would adopt and adapt it. Would he have approved?

It started in 1995 when the coach of Churchill High School’s First XV asked players Tendai Gara, Prayer Chitenderu and Michael Banga to come up with a ‘unique trademark’ to set them apart from the rest of the schoolboy rugby fraternity in Zimbabwe. It was around this time that the late All Black legend Jonah Lomu became a superstar in South Africa during the Rugby World Cup (South Africa’s first inclusion in international rugby since the end of apartheid ).

Lomu and the haka had captured Gara’s imagination: “Lomu would do the haka with such passion and we wanted to replicate that.”

The schoolboy rugby landscape was also changing in Zimbabwe, with majority black schools challenging the formerly all white schools in rugby prowess. Churchill had been an all whites school until black pupils started to attend after independence in 1980. 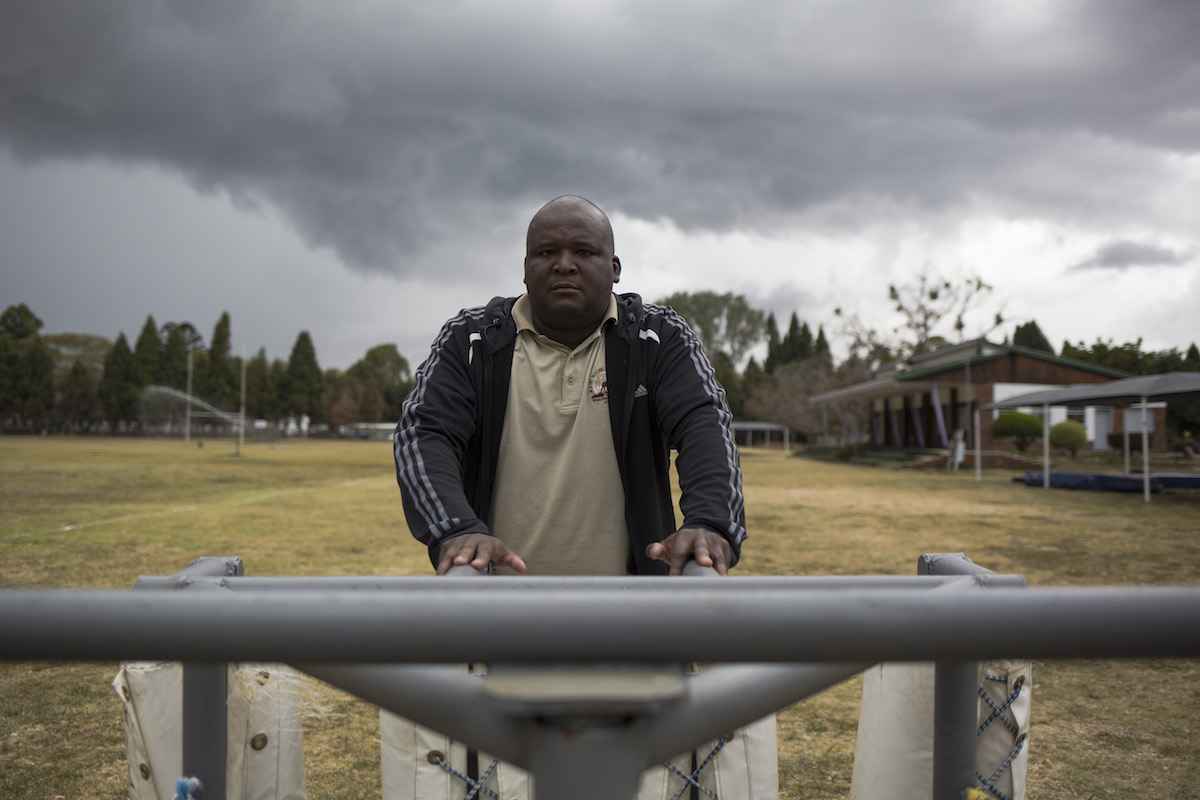 TENDAI GARA ATTENDED CHURCHILL HIGH SCHOOL IN HARARE, ZIMBABWE FROM 1991 TO 1997. GARA AND HIS FRIEND PRAYER CHITENDERU STARTED THE HAKA IN 1995, IT BEGAN AS A TRADITIONAL ZIMBABWEAN WAR CRY BUT ‘THE ACTIONS WEREN’T WORKING WELL’ AND THEY WANTED TO BE ‘MORE FIERCE’ LIKE THE NEW ZEALAND ALL BLACKS RUGBY TEAM HAKA. IMAGE: CORNELL TUKIRI.

Although the idea had come from the All Blacks the Churchill team originally performed their own school war cry, but it didn’t have many actions and it wasn’t as fierce as the haka. To beef it up, Chitenderu and Banga set about researching ‘Ka Mate’, which they started to incorporate into their own war cry. Their haka is now a mix of their own language, Shona, and their understanding of the Māori words. It’s a mash-up of two cultures and languages – though the Māori part is mispronounced and the actions aren’t identical to the All Blacks ones.

The boys who perform it now and the old boys who created the Churchill haka see nothing wrong with adopting and adapting a culture they know little about. In fact, they believe it’s a compliment, that the adage ‘imitation is the best form of flattery’ rings true. Gara admits that they don’t know what the Māori words mean, although they did have the translation “somewhere”. From a Māori perspective this caught me off guard. While the ‘inventors’ of their haka had sourced a translation of ‘Ka Mate’ in the beginning, it had not trickled down to the current crop of players. I had to ask myself – if a basic like the meaning of ‘Ka Mate’ is not passed down then how can I as a Māori endorse this? 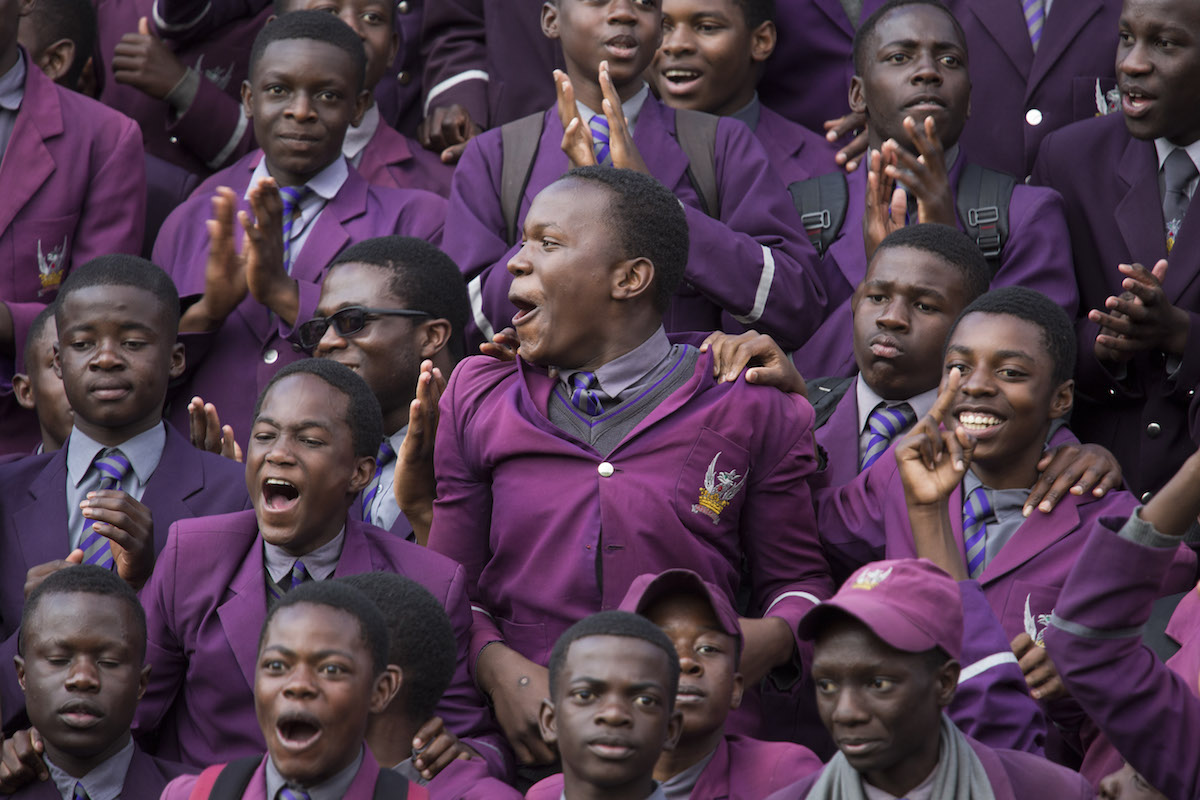 I spent some time with the Churchill team before their game against across-town arch rivals, Prince Edward School. I decided to explain the words and actions of ‘Ka Mate’ to them – which was met with slightly bewildered and some frankly uninterested faces. But as my kōrero came to a conclusion I believe I did get through to them. In essence I impressed on them that they needed to channel their own wairua into their performance. Later I interviewed the captain of the Churchill 1st XV, Victor Mupunga, who recited the meaning of the line ‘Ka mate, ka mate, ka ora, ka ora’ back to me. A breakthrough! 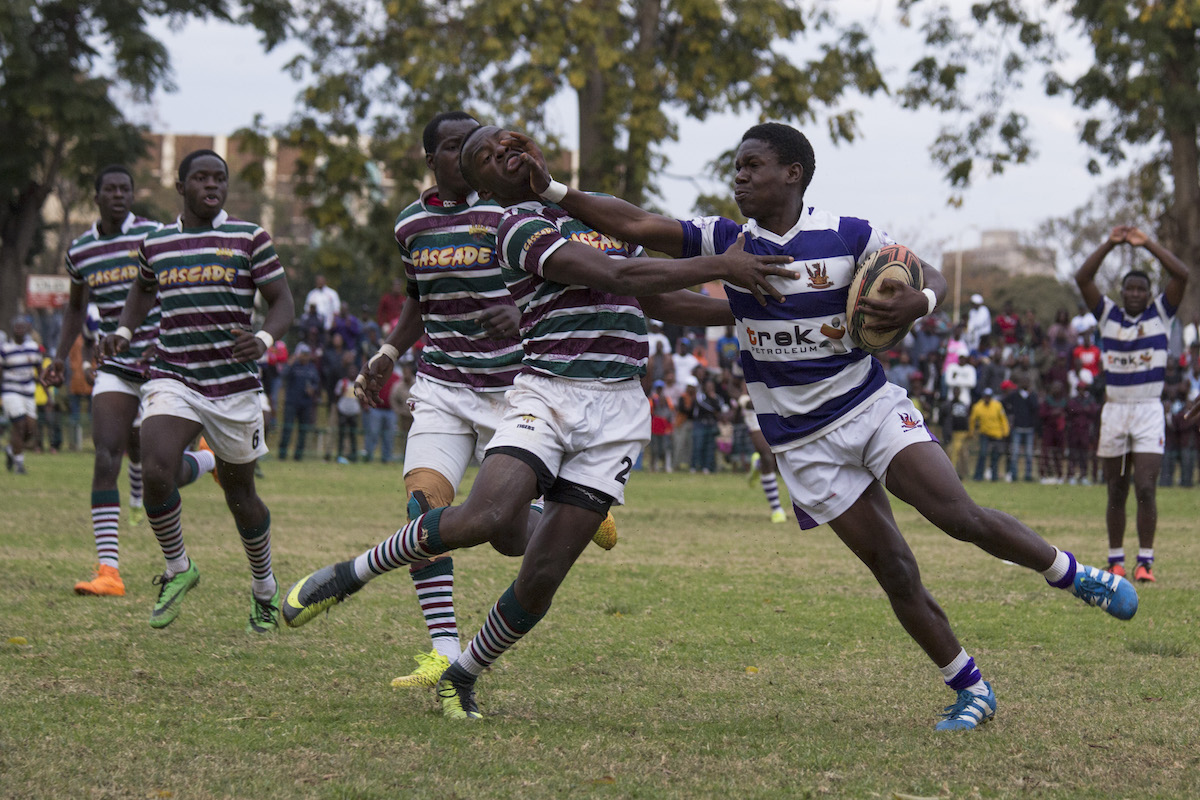 A PRINCE EDWARD SCHOOL (GREEN, MAROON AND WHITE STRIPES) PLAYER IS FENDED OFF BY CHURCHILL HIGH SCHOOL PLAYER, ALBERT GARIRA, IN THEIR CLASH IN A 1ST XV RUGBY MATCH IN HARARE, ZIMBABWE. THE PLAYERS WITH TALENT CAN MOVE ABROAD TO CONTINUE THEIR RUGBY CAREERS, AS THERE IS NO PROFESSIONAL COMPETITION IN ZIMBABWE. SCHOOLBOY RUGBY IS STRONG, WITH MANY PRIVATE SCHOOLS INVESTING IN FACILITIES AND COACHES FOR THE PLAYERS.

Unlike the All Blacks who perform the haka before the match as a challenge, the Churchill boys perform theirs after the final whistle, and only if they win. But not by choice. Shortly after adopting the haka the team was banned from doing it before their games because it was deemed too violent. Some thought it would give them an unfair advantage.

“In 1997 against Falcon [College] we were to perform the haka before the game but an official came on to tell us we couldn’t do it. It didn’t work, it made us so fired up, we walloped them,” Gara tells me.

Since then it’s been reserved as a post-match, winning tradition. 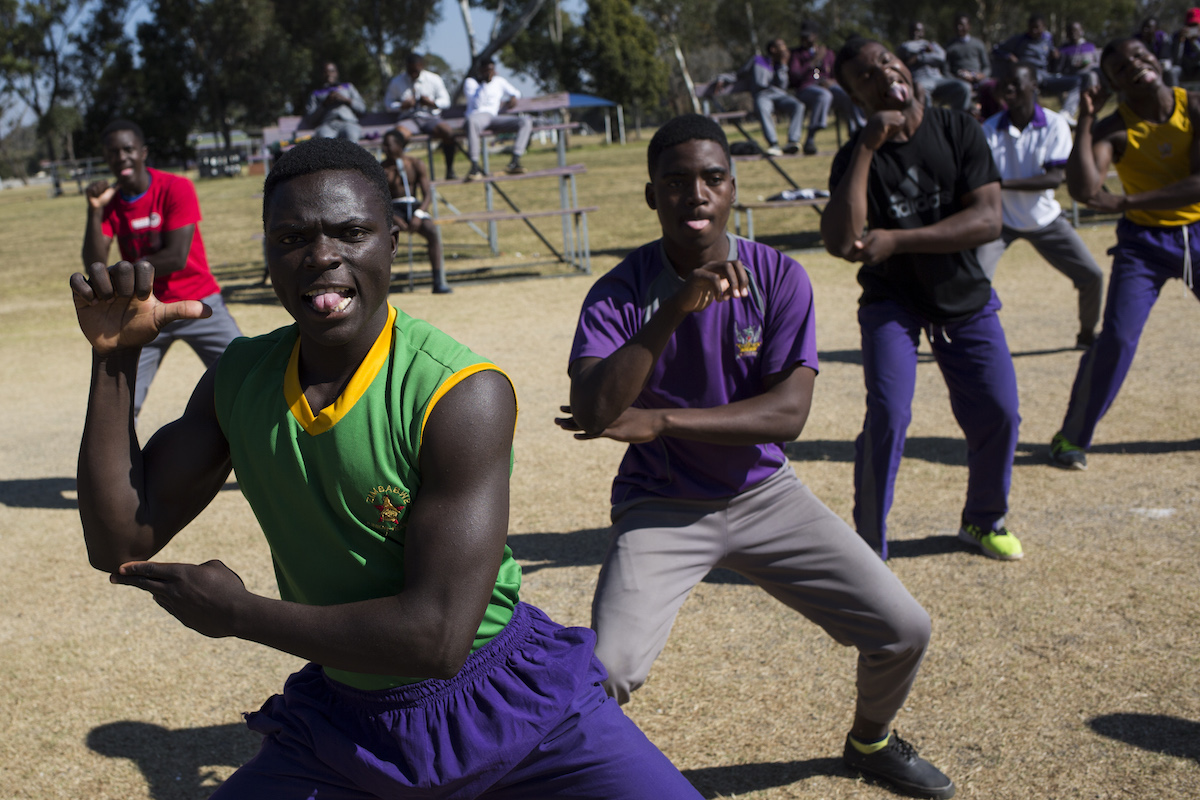 The current Churchill 1st XV say that performing the haka is their reward for winning and they take it very seriously. Junior students aren’t allowed to do it, only the senior team and only a select few are tasked with teaching the haka to the younger players. It’s something that has to be earned, which seems to reflect the importance and stature of a haka in Māori culture. The captain of the 1st XV, Victor Mupunga, sees the haka as a victory dance. Mupunga and team mate Nigel Tinarwo believe Māori should be proud their culture “has made it to Zimbabwe”. Beyond that the boys have put little thought into how Māori might feel to have something of cultural significance copied and changed to suit their means. But the gleam in their eyes when they speak proudly of their haka, and what it means to them, leaves little doubt it is an important part of their own rugby culture.