The Widows Of Zimbabwe Find Comfort In Rituals And Community Support : Goats and Soda : NPR 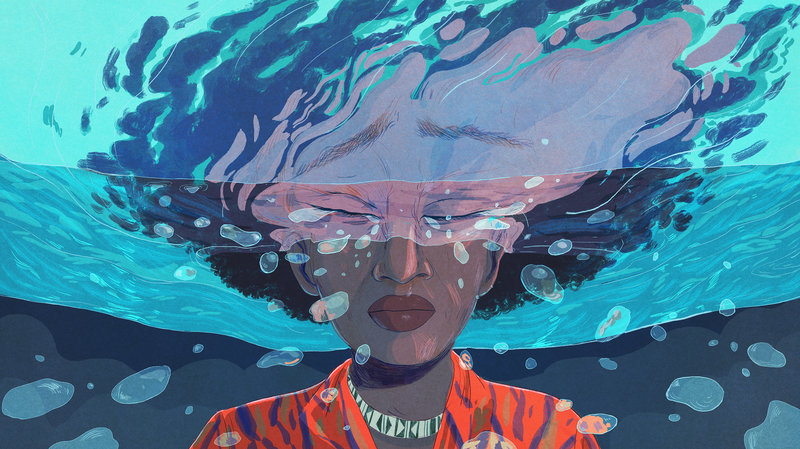 Sheryl Sandberg’s best-seller, Option B, has perspectives on finding resilience and joy after adversity. In other countries there are different obstacles — and different ways to cope.

Source: The Widows Of Zimbabwe Find Comfort In Rituals And Community Support : Goats and Soda : NPR

Renny Kudakwashe Mukwavaya was 29 when her husband died.

Mukwavaya is still heartbroken, both because she never had the chance to say goodbye — and because of what happened next.

Mukwavaya, who lives in Harare, Zimbabwe, says her husband went missing in January 2014. He was found drowned in a well three days later. Authorities suspected that he committed suicide. Her in-laws did not agree: “His relatives began to accuse me of killing him, saying I had done it to take ownership of the house,” she says.

The accusations worsened her grief.

“I was in so much pain, asking why he had to commit suicide,” she says. “But there was no one to give me the answers.”

Losing a spouse or another loved one is a painful experience everywhere – the best-selling book that Facebook executive Sheryl Sandberg wrote after the death of her husband, looks at how Americans cope with, as the title states: Option B: Facing Adversity, Building Resilience, and Finding Joy.

In Zimbabwe, comfort comes from a mix of local customs and communal empathy.

Mukwavaya left the funeral before her husband was buried — the early departure is to ensure that the spirit of her late husband does not follow her. But because of the increasing tension with her in-laws, she left even earlier than is customary, before she could complete rituals meant to set his spirit free. This left her without closure, she says.

But she later performed a ritual she found helpful: “I was instructed to take the water I had bathed with and my undergarment and throw them into a river,” she says. “I was told this was a process of separating myself from him to ensure that his spirit does not torment me.”

Mukwavaya says the support of her family along with the traditional rituals helped make her strong.

“I feel I am stronger than before and I can face anything because I managed to survive the moment that I thought would break me,” she says.

Her situation — blamed by her late husband’s family but comforted by the community — is not unusual in Zimbabwe.

“In situations where you have unresolved issues, it is very easy to blame the woman,” says Dr. Dixon Chibanda, a psychiatrist affiliated with Harrare Central Hospital and the director of the African Mental Research Initiative. Because women are “to some extent still disenfranchised in this part of the world,” he notes, “the woman may be accused or blamed for the death of the husband.”

He recalls a case where a woman left her husband because he was having an extra-marital affair. The husband committed suicide, “actually shot himself,” says Dixon. “In the eyes of the family it’s her responsibility. But the larger community understood the pain she was going through.” They did not blame her.

“The irony of it all,” he says, “is that when someone dies” — even when there are accusations leveled at the widow by the husband’s family — “there is usually a lot of support from the entire community.”

The community believes that it’s important for widows to speak openly about their grief in church settings and with neighbors. Health authorities are also experimenting with programs that offer grief counseling in public spaces.

Chibanda says there are innovative support systems in Harare, Zimbabwe’s capital, like the Friendship Bench, an organization he created to help people, including those who have lost loved ones, fight depression.

When a grieving person visits the Friendship Bench — which is quite literally a park bench — they speak with trained lay health workers employed by the city’s health authorities, Chibanda says.

“In 2016, more than 30,000 people came to the Friendship Bench to seek services, and about 20 percent of these people had lost their loved ones,” he says.

Siphathiso Mpofu, 46, lost her husband in February 2016 to liver cancer. She says there were many community support systems for her.

“I got comfort from the church through counseling from pastors. They would visit me at home and we would pray together,” she says. “Family members would come at regular intervals.”

“One of my neighbors gave me his daughter to stay with for about a month after my husband died, so that l would not be lonely,” Mpofu says.

The widow eases back into life according to local traditions.

“One has to wait for a period of one year before they engage in any sexual relationship with someone else, and they can only do so after cleansing ceremony,” Mpofu says.

After a year, there is a cleansing ceremony, where women are “required to jump a knobkerrie,” a short stick with a rounded top, “to show that she has not engaged in any sexual relationship during that period,” says Prince Sibanda, a traditional healer.

Dr. Sekai Martha Nhiwatiwa, a psychiatrist based in Harare, says that while local culture is rich with traditions and support systems for the bereaved, some local customs are challenging during the grieving process.

“Crying is actually very good, but in our culture people say the grieving should not cry because it will lead others to cry,” she says. “But l encourage people to cry to deal with grief.”

This story was produced for NPR by Gamuchirai Masiyiwa and Linda Mujuru, who cover Zimbabwe for Global Press Journal, an international news organization that employs local reporters in 26 countries.