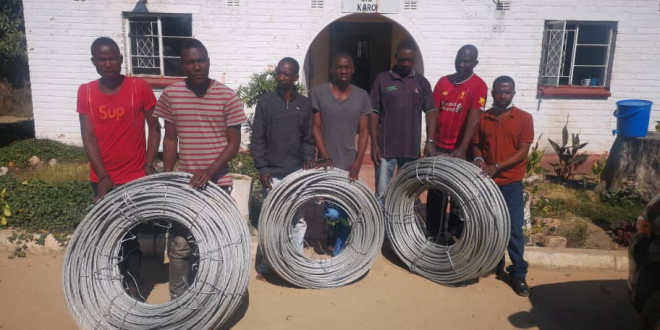 They were remanded in custody to July 6 for bail application.

The State’s outline stated that the accused were arrested at Nyamahomba Farm near Karoi on June 29, 2020 for vandalism and theft of aluminium conductors.

The gang vandalised 11kV line, took the aluminium conductors in broad daylight and hid the loot in a bush.
They later returned in a hired vehicle to collect the loot at around 5pm the same day. Acting on a tip-off, police arranged a trap leading to their arrest.

They were not asked to plead.