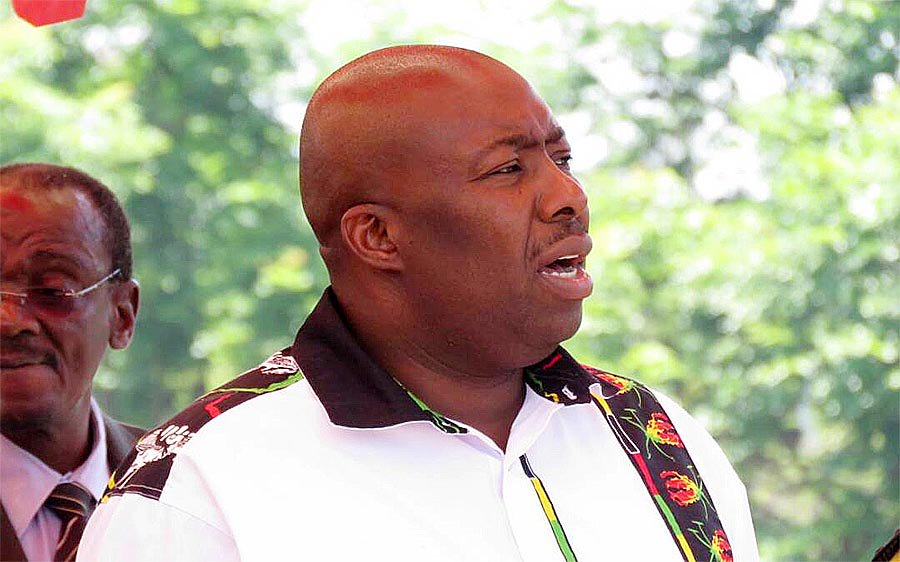 HARARE – Former Local Government minister Saviour Kasukuwere has spoken
for the first time on his haste departure from his home country last
November and life in self-imposed exile. 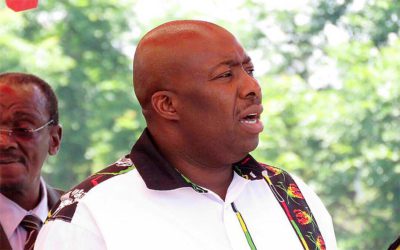 In an interview with the Sunday Times of South Africa, the ex-Zanu PF
national political commissar, said he will return to Zimbabwe next week,
nearly six months after he was forced to rush for the exits following
former president Robert Mugabe’s ouster.

An influential figure in the Generation 40 (G40) faction which fought
against then vice president Emmerson Mnangagwa’s Team Lacoste camp in the
battle to succeed Mugabe, Kasukuwere fled into exile soon after the army
stepped in on November 14, 2017 to deal with “criminals” around the
94-year-old despot.

Kasukuwere stands accused of influencing Mugabe into expelling Mnangagwa
from government and the ruling party, before the shrewd former vice
president dramatically bounced back to lead the country and a divided Zanu
PF after Mugabe was forced to resign.

Other G40 kingpins namely; Jonathan Moyo (the former Higher and Tertiary
Education minister) and Patrick Zhuwao, who was in charge of the ministry
Labour and Social Welfare, were also forced into exile although they now
appear to have fallen out with Kasukuwere in the wake of reports linking
him to the National Patriotic Front (NPF), currently led in the interim by
retired brigadier-general Ambrose Mutinhiri.

As first reported by the Daily News last week, Kasukuwere confirmed to the
Sunday Times that he was on his way back into the country, saying he would
be home “as early as next week” as he has no criminal case to answer.

“Home is home and Zimbabwe remains my country. We were accused of
corruption and that we are at the centre of destroying the economy. The
reason I will go back home is that if I did commit a crime, then I must be
brought before the courts and be charged…,” Kasukuwere said.

Affectionately known as Tyson for his demeanour which matches that of
former heavy-weight American boxer, Michael Gerard Tyson, Kasukuwere
boasted that he had the valour to come back and face those who
“persecuted” him before he fled.

“It’s courage that should drive you to say: `let me face whatever has to
come my way’. Why should you carry the stigma of being a criminal when you
have not stolen anybody’s money? If you are charged with corruption and
there is evidence of that corruption, so be it,” he vowed.

Responding to reports that his decision to return was informed by the fact
that he had negotiated his safe return through his alleged links with Vice
President Constantino Chiwenga, Kasukuwere scoffed at the suggestion
saying if that were the case, he would have long returned.

He said contrary to that belief, he was in fact bitter with the Mnangagwa
government because of what they did to him when the military raided his
home.

“It was a traumatic experience. What happened in November is something
that one does not want to take lightly. It was an event that was very
challenging, it was not expected and was an event that leaves a lot of
bitterness”.

He suggested that the military intervention that forced Mugabe out was
illogical as it was a political dispute which required a political
solution.

“If you feel aggrieved you go and form your own political party, just like
Joice Mujuru who formed her own party”.

Mujuru was Mugabe’s former deputy before she was unceremoniously expelled
on allegations of plotting to assassinate the former president.

Kasukuwere came out guns blazing also accusing all Zanu PF and government
officials who worked with Mugabe since independence from Britain in 1980,
including officials in the current Mnangagwa administration of being
complicit in overseeing the collapse of the economy.

He called upon Zimbabweans “to have the integrity to accept collective
responsibility”.

“To shift the blame of everything that happened in Zimbabwe to one man
(Mugabe) is totally unfair. I think that the sooner we all accept our
mistakes, all of us, the better for our country,” he said.

Kasukuwere is returning to Zimbabwe at a time when knives have been drawn
out against Mutinhiri, who is accused of incompetence and dereliction of
duty.

His impending arrival has already split the NPF, with two groups emerging
– one in support of Mutinhiri’s leadership of the party and the other one
which is putting faith in Kasukuwere to lead the party into the
forthcoming elections.

Contacted for comment yesterday, the minister of Information and Publicity
Simon Khaya Moyo refused to say whether government was keen on having
Kasukuwere arrested or not, referring questions to the police.

Police spokesperson Charity Charamba could, however, neither deny nor
confirm that the politician was on the police wanted list, saying she
needed to check with the Criminal Investigation Department first.