UPDATE: Grace Mugabe hands herself over to police

The young woman who claims that Grace Mugabe assaulted her, has opened a case at the Morningside police station. 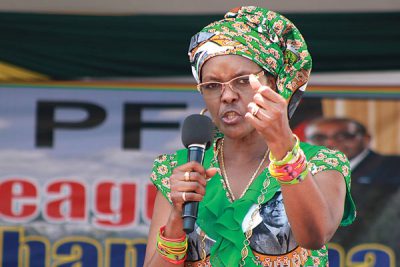 • Editor’s note: This is a developing story. We will bring you updates as more information becomes available.

JOHANNESBURG – Police Minister Fikile Mbalula has confirmed that Zimbabwe’s first lady, Grace Mugabe, has handed herself over to police.

She is due in court on Tuesday afternoon.

The young woman who was allegedly assaulted by Mugabe laid charges earlier on Tuesday.

She opened a case at the Morningside police station.

It’s alleged Mugabe attacked the woman with an extension cord.

She’d apparently found her in a Sandton hotel room with her two sons.

The victim suffered head injuries and bruises on her body.

Zimbabwe’s governing party, Zanu-PF, has confirmed there was an altercation.

The party claims however that Mugabe was the one who was attacked.