The University of Zimbabwe (UZ) Vice Chancellor Professor Levi Nyagura will remain in office unless President Mnangagwa who is the Chancellor of the institution decides otherwise, a Cabinet minister has said.

Prof Nyagura has been in the eye of a storm over allegations that he facilitated the conferment of a Doctor of Philosophy degree on former First Lady Mrs Grace Mugabe.

Higher and Tertiary Education, Science and Technology Development Minister Professor Amon Murwira said the prerogative to suspend a Vice Chancellor lied with the appointing authority, who is President Mnangagwa.

Prof Murwira said this in Senate on Thursday during the Question and Answer session.

Bulawayo Metropolitan Senator Spiwe Ncube (MDC-T) had asked the minister to clarify different newspaper reports where some said Prof Nyagura had been suspended while other media institutions said he was reporting for work.

“Minister, we read in the newspapers that Vice Chancellor Nyagura has been suspended, but in today’s paper, NewsDay, it says he is still reporting for work. What is your position, can you tell this House?” asked Sen Ncube.

Prof Murwira responded: “Honourable Senator, you are reading from the newspapers, which is okay. With all due respect, I would say a correct position that we know is that the Chancellor, who is the President, is the appointing authority of a Vice Chancellor.

“I am not even the appointing authority myself. What we know is that I have never seen a letter on my desk which says the Chancellor has suspended a Vice Chancellor.” 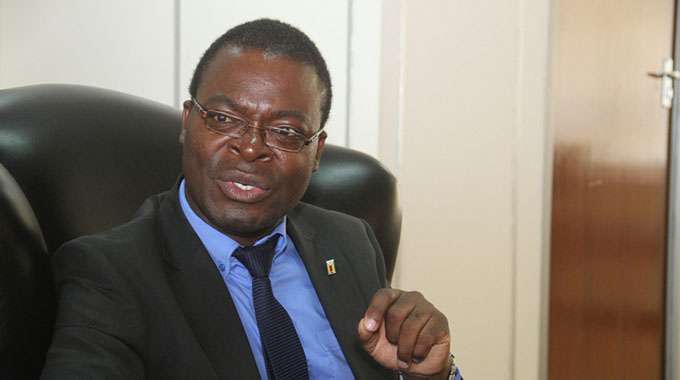 Enquiries by legislators followed media reports that there were correspondences from a Harare lawyer, Mr Thembinkosi Magwaliba on behalf of the UZ Council, chaired by Ambassador Buzawani Mothobi, recommending that Prof Nyagura be replaced by pro-vice chancellor Pedzisai Mashiri in the interim pending the outcome of the investigations into circumstances of the conferment of the PHD degree on the former first lady.

Prof Nyagura has since been arraigned before a magistrate’s courts charged with criminal abuse of office and is out on bail.

Responding to another question, Prof Murwira said he had no regrets over a Government directive for tertiary institutions to exempt Mathematics as a pre-requisite to admit students who wanted to enrol for courses which had nothing to do with the subject.

Disabled Representative, Senator Nyamayabo Mashavakure had sought clarity on the policy pronouncement and asked if Zimbabwe would develop technically if students were to go for further education without passing Ordinary Level Mathematics.

Prof Murwira said Government position was that when one entered for a certain degree like drama, Mathematics was not a requirement even if one had the subject at O-Level.

“Mathematics as a subject at O’Level is very important, but using it to bottleneck and disenfranchise students who want to do drama is very unfair.

“So, when you are doing engineering, science, agriculture and medicine, it is a must.

“Our policy is a policy of inclusive education that recognises different talents which must be nurtured in their diversity to make this country great,” he said.

Prof Murwira said the issue of Mathematics came in 2016 when there was a regulation at technical colleges and teachers’ colleges demanding Mathematics as a requirement notwithstanding what one intended to do.