About 1 000 Masvingo villagers who were recently evicted by government from land they had occupied since 2000 have vowed to contest the move. 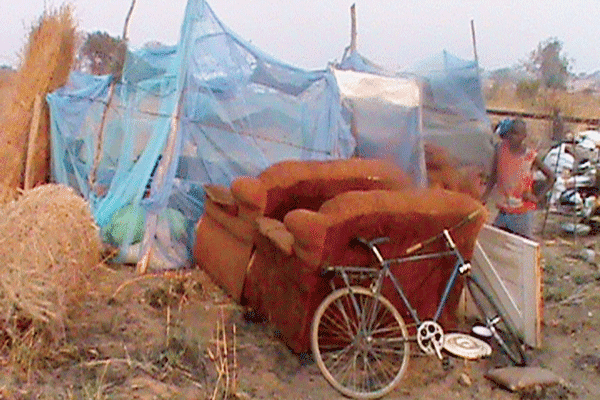 This comes as their lawyers said government did not follow the law in ejecting the families from the land near Sikato area in Masvingo West.

The villagers were given seven-day notices to vacate the land or face arrest and prosecution.

The families, from seven villages — Muza, Chikutuva, Manunure, Makasva, Banga, Sithole and Marikutira — have been living at Mzaro Farm, which used to belong to a white former commercial farmer before it was parcelled out to the villagers.

The eviction notice, dated January 8, 2019, but stamped November 13, 2018 and signed by Lands, Agriculture, Water, Climate and Rural Resettlement ministry secretary, Ringisai Chitsiko, read: “You are hereby given seven days to vacate Mzaro Farm, Masvingo province. You are violating section 3 of the Gazetted Lands (Consequential Provisions) Act, Chapter 20:28; Gazetted Land Act in that you are occupying the said property without lawful authority.”
“You are hereby given an eviction notice and notice to vacate the property on or before January 15, 2019. Failure to vacate on or before this date will result in your arrest and prosecution.”

No alternative place for resettlement or compensation has been offered by government.

One of the villagers’ representatives who requested anonymity, fearing retribution, said they were mobilising to engage lawyers to block the move.

“We do not have anywhere to go and we feel we have been unfairly treated. We are not folding our arms.

We are headed for a legal showdown with government to stop the move in the short term.

In the long term, we will also engage with the presidium,” he said.

“Government did not follow the law, particularly section 71 of the Constitution. By giving a seven-day notice that is not a reasonable time for people who have stayed there for close to 20 years. Secondly, courts only can determine whether the villagers were staying there illegally. There ought to be an eviction order granted by the courts. Therefore, that eviction letter, at law, does not hold water,” Mafa said.

Another lawyer who did not want to be named also said government had not given reasons for the deprivation of the land to the villagers.

“The deprivation is necessary for what reasons? The government did not give reasons for the change of use of the land,” she added.

But yesterday, government was unrelenting and armed police with officials from the Local Government ministry continued to serve the villagers with eviction notices, while allegedly forcing them to sign for acknowledgement of receipt.

Lands minister Perrance Shiri briefly answered his phone, but hung up when asked about the evictions and their legality.