‘VP Msika was a fearless leader’

Source: ‘VP Msika was a fearless leader’ | The Herald 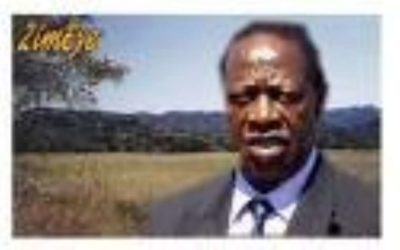 PRESIDENT Mnangagwa has described the late national hero and former Vice
President Joseph Wilfred Msika as an illustrious and fearless founding
nationalist who stood firm and strong in the defence of Zimbabwe until his
last breath.

The late Cde Msika died on August 4 in 2009 at the age of 85 after a long
battle with hypertension.

He was buried at the National Heroes in Harare.

He served as the country’s Vice President from 1999 to 2009 after
succeeding Dr Joshua Mqabuko Nkomo.

In a message commemorating the 11th anniversary of VP Msika’s death,
President Mnangagwa yesterday said the late nationalist will forever be
remembered as a man who demonstrated an unwavering commitment to the
nation by joining the liberation struggle at a tender age of 19.

“On 4 August, 2009, the nation lost an illustrious nationalist whose
sacrifices and unquestionable patriotism saw him being laid to rest at the
Heroes Acre. Cde Joseph Wilfred Msika was a visionary leader and fearless
founding nationalist who stood firm and strong in defence of the Zimbabwe
he helped to liberate until his last breath,” he said.

President Mnangagwa said during his years in detention, Cde Msika
established himself as a fearless trade unionist and a brave and
consistent fighter for Zimbabwe’s total emancipation.

“He will also be remembered for his frankness, candid talk and advocacy
for justice, and for remaining steadfast in upholding the ideals of
freedom and honest leadership. Cde Msika was not deterred by multiple
detentions, until Zimbabwe was liberated in 1980,” he said.

The President said after Independence in 1980, Cde Msika’s passion for
social justice and equitable development manifested through his
unrelenting support for land reform as the bedrock of the socio-economic
empowerment of the previously downtrodden majority.

“May the soul of the former Vice President and national hero, Cde Joseph
Wilfred Msika, and indeed the souls of other true sons and daughters of
the soil and distinguished revolutionaries rest in eternal peace,” he
said.

Chief Secretary to the President and Cabinet Dr Misheck Sibanda said the
nation draws inspiration from the knowledge that from humble beginnings
under colonial rule, the late Vice President unreservedly committed
himself to the total liberation of his motherland through a protracted
armed struggle.

He said Cde Msika, together with other nationalists including current
leaders, went to the trenches to dislodge an unjust system.

“With hardly a week before we commemorate the 40th anniversary of our
Heroes and Defence Forces Days, it is only befitting that the entire
nation remembers the late Vice President among the many legends, both
living and departed, from the First Chimurenga/Umvukela to the Second
Chimurenga/Umvukela, for sacrificing the comfort of private life in order
to liberate an entire nation,” said Dr Sibanda.

“Indeed, many paid the ultimate price, for a worthy cause. Some of them
lie in unmarked graves in the country and in neighbouring countries that
supported our struggle.

“We shall always remember them and tell the story of their brave exploits
which gave birth to an independent, free and democratic nation that now
enjoys the respect of all sovereign nations,” he said.