A man was arrested after police discovered fraudulent documents were being produced inside his apartment in Hillbrow, Johannesburg.

A resident tipped police officers off about an individual manufacturing illegal documents while they were on foot patrol during Operation OkaeMolao, Gauteng police commissioner Lieutenant-General Elias Mawela told News24. 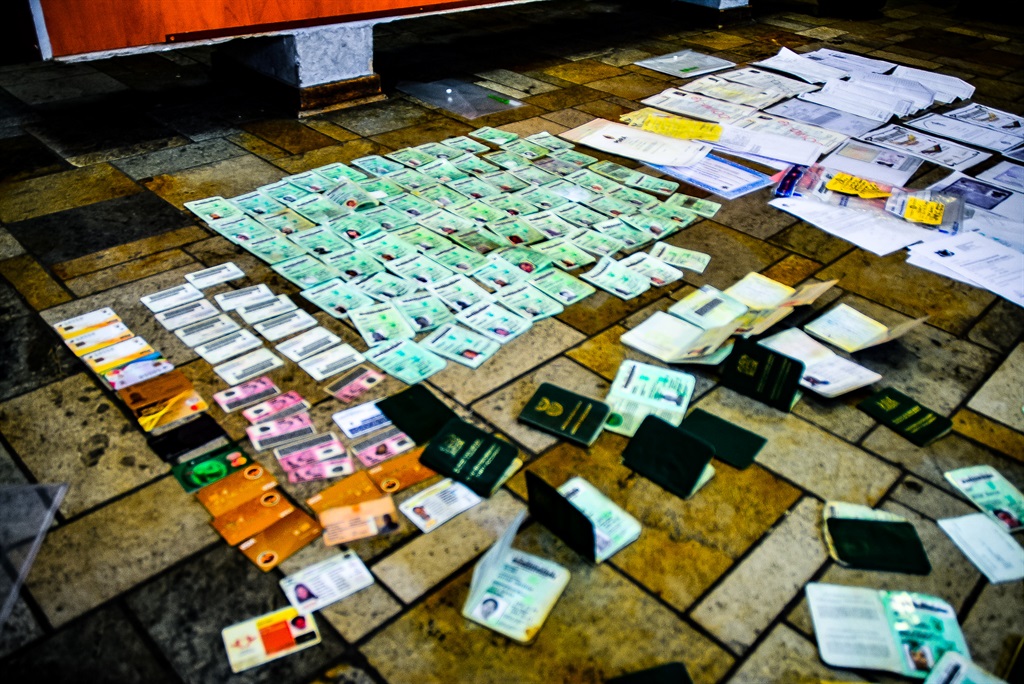 Officers confiscated a computer and hard drives allegedly used to produce the documents.

“The individual [allegedly] produced almost every qualification or documentation you can think of and when police entered the building, they found him busy producing the documents on his computer.

All the documents that were found in the suspect’s house were confiscated and taken to the Hillbrow police station.

Police believe he might be part of a syndicate.

“This person has been long in the business, some of the documents date back from 2020 and this man is not operating alone, it’s a syndicate in its nature [as] people were being passed other people’s information on when they [are] leaving,” he added.

Police plan on tracing any alleged accomplices through his phone and computer.

Mawela said the suspect was still in custody and the police would investigate if there were any other charges or cases against him.

During the patrol, the police were accompanied by immigration officers.