Source: We have nothing to do with roads rehab: Tendy Three chair – NewsDay Zimbabwe 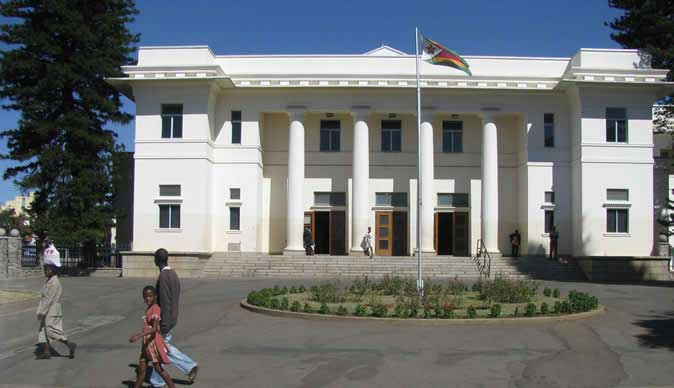 TTI manages city parking in Bulawayo after it was awarded a US$2 million tender by the Bulawayo City Council (BCC).

Parking charges in Bulawayo cost US$1 per 30 minutes in some parts of the city centre, while in some areas motorists have to pay US$1 per hour.

During an engagement with BCC officials and journalists last Friday, Mabuza said TTI had nothing to do with rehabilitation of roads despite that it was raking in US$5 000 per day through parking revenue and clamping fines.

“We as TTI are coming in as technology partners, so bringing technology and the environmental condition is the sole responsibility of the contracting partner (BCC). But because we are working together, we are the ones that are attacked.

“We are barely six months into the project right now, and surely if you give it a little bit of time we should be able to see that this money which we are putting in is going back into the roads.  We started on February 18 and we took 20 people to South Africa for training.  They are now our trainers.”

He said TTI had nearly 2 300 parking bays out of 7 200 in the city, and employed 200 people, including parking marshals.

“It is not a secret that the city council has received plus or minus $30 million as we speak right now.  As we continue to roll out this project, it is going to bring more revenue,” Mabuza said.

He said soon people in Bulawayo would be allowed to get pre-paid parking cards.

Mabuza said TTI was not a South African company as it was registered in Zimbabwe and was led by two local directors, Bongani Nyathi and Qiniso Nyathi.

“TTI is looking at being contracted in Mutare for a similar parking system.

“The technology we use enables council to see how many cars are parked in the city, traffic volumes and the vehicles that have paid for parking.”

He said the company was also into mining and construction.

BCC’s head of traffic Ndumiso Ndlovu said the city had over 3 000 parking meters in which motorists would slot in coins to pay for parking before electronic parking meters were
introduced.

Currently, Bulawayo residents are mobilising to petition council over its parking management system, which they say is costly and has resulted in the collapse of businesses in the city as customers cannot afford parking fares.