Zvamaida Murwira Senior Reporter
Zanu-PF yesterday assured the African Union Election Observer Mission that it will respect election results for the July 30 harmonised elections regardless of the outcome as it is guided by the Constitution.

The revolutionary party’s Secretary for Administration, Dr Obert Mpofu, said this yesterday while briefing journalists after a two-hour meeting with the mission headed by Mr Francis Kissinger Kakai at the party head- quarters.

Dr Mpofu said they had a fruitful meeting with the AU mission and clarified several issues that they had sought to understand.

“They raised some issues which they felt should be clarified. These included preparedness, whether the process is above board and acceptable to other players. The other issues raised related to the outcome of the election whether Zanu-PF is prepared to accept the outcome if it did not favour it and we assured them that what we are saying, and what our President is saying is what is going to happen. The President has opened this election to the world and it is the world that is going to observe and see how committed we are to this process,” said Dr Mpofu.

He said they assured the mission of Zanu-PF’s commitment to ensure that elections were held in a peaceful environment.

“So, it is the concern that has been raised by other observers who have come to see us and we will continue to explain to them that we mean what we say. They are quite a big contingent that came to see us and we continue to assure them that all our security apparatus and institutions are geared to ensure that people go about their political business in a free and fair environment without being harassed or interfered with. They seem to understand us; where we are coming from,” said Dr Mpofu.

He said allegations of bias raised by the MDC Alliance against the Zimbabwe Electoral Commission lacked merit. 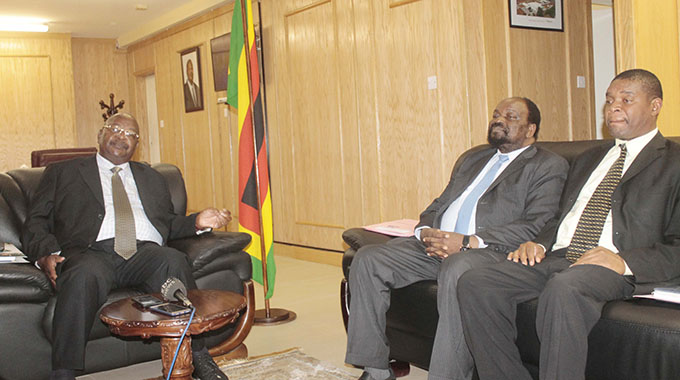 He said it was important for people to realise that ZEC was a product of all political parties and Zimbabweans following a wide consultative process during the constitution-making process.

He said ZEC was constituted by both Zanu-PF and the two MDC formations during the inclusive Government.

Last week the Zimbabwe Defence Forces assured the nation that it will respect the outcome of the polls as it was guided by the Constitution.

The assurance was given by ZDF spokesperson Colonel Overson Mugwisi while addressing journalists in Harare on the role of the ZDF during the 2018 harmonised elections.

Col Mugwisi said ZDF members, like any other citizen, were free to vote for a political party of their choice in national elections.