What Independence does Zimbabwe have? 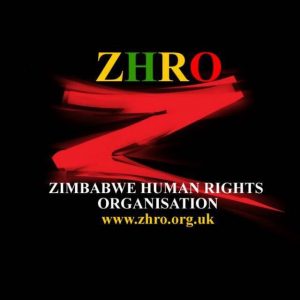 Source: What Independence does Zimbabwe have? –  The Zimbabwean

Zimbabwe Human Rights Organisation (ZHRO) has organised a protest against the celebration of independence at the Zimbabwe Embassy in London on Wednesday 18th April 2018 – 11:00am to 2:00 pm.

According to the organisers, Zimbabwe is not truly free or independent, it is still destabilised by Zanu-PF looters.
Zanu-PF inherited a country that had a network of paved roads, four airports, good health and a rigorous and inclusive education system. A “Jewel of Africa” referred to as the “bread-basket” of Africa.

Zimbabwe was producing the most exquisite harvest of maize, cotton, tobacco, roses, sugarcane and a net exporter of beef. But now an ‘exporter’ of its educated professionals – young people now aspire to obtain a passport in order to flee the country.

Zimbabwe has deteriorated into a basket case, thanks to Zanu-PF who have applied grand methods of ‘national destruction’. Corruption is both partisan and utterly institutionalised. Political violence is meted out at all elections and the voters are systematically and ruthlessly intimidated – or worse. In rural areas public beatings and humiliations make sure the locals vote for their oppressors – Zanu PF.

On 18 April 2018 we are supposed to celebrate the re-birth of Zimbabwe in 1980 after decades of colonial rule. Instead we will be demonstrating against the ‘celebration’.

Today, the majority of Zimbabweans old enough to have experienced colonial rule wish that they were still under the Smith regime!

Zimbabwe is worse off under the rule of Zanu-PF. The killings that have happened and continue to happen within the past 38 years cannot be compared to what happened under our colonial masters.

“What did Zimbabweans get after our liberation from the Smith regime. Deaths from treatable diseases, disappearances of innocent civilians, detention and murder of political opponents, corruption, and looting” In addition since the second Military Coup in November 2017, the Military have taken up political posts within the current token ‘Government’. The current VP was the General who masterminded the oup in both 2008 and 2017.

“So can we say we are truly independent of the true sense of the WORD INDEPENDENT? Should we be celebrating independence?” Said Sicelo Sibanda of ZHRO<

“An evil remains an evil whether practiced by white against black or black against white, our leaders against the citizens. We are going to demonstrate to the world, AU, and SADC that we are not independent” said Sheila Mushunje a Human Rights activist based in U.K.

“Fake News is that Zimbabwe is an Independent nation.  38 years on our legacy is monumental failures, corruption, rights violations and a perennial state of emergency. What independence?” Said Mable Kayiya, ZHRO Marketing and co-creator of #Take2Zimbabwe Campaign.

“Of what significance is our independence when we are still struggling with basic needs such as; jobs electricity, water, and food? The right thing to say now is that our independence is meaningless unless it is linked up with total freedoms and economic liberation of the citizens” said ZHRO’s Charity Ndebele

Zimbabwe is too economically unstable to survive as an independent country. It is headed by a man who was Mugabe’s ‘side-kick’ for 37 years – Ed Mnangagwa – he wears a scarf to show how “hip” he is.. At present he is visiting as many Nations as possible with his mantra of “Open for Business” – but he is hiding the fact all this means is to sell out Zimbabwe’s mineral wealth to the highest bidders – and where will any benefit go? – not to the population you can be certain. Looting is a national past-time for the ruling elite – how else can anyone explain the ruling elite’s amazing number of multi-$billionaires?

The independence of Zimbabwe is only relevant Zanu-PF since they are the only direct beneficiaries of the so called emancipation they gave the masses. The only people who have benefited from the so called independence are Zanu-PF politicians and their relatives.

Now there are some well documented remedies to cure the ‘ills’ in Zimbabwe, and to set the nation towards being a democracy – something it is very far from presently – with the militarisation of many organs of Government. One of the most thorough anaysis of the faults and their remedies is in fact as a proposal by the USA to update its ZIDERA 2001 Act By senators Flake and Coons. Many unenlightened and xenophobic commentators, as well as the regime’s propaganda wing have labled these proposals as “interfering in Zimbabwe”, “…telling us what to do” etc. But we doubt if anyone has read and comprehended the content.