What next for young people in Zimbabwe’s land reform areas? 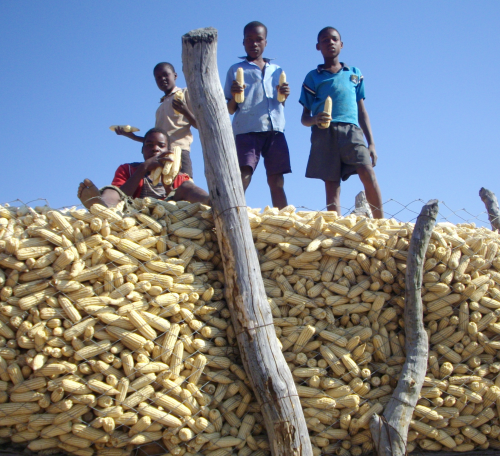 Source: What next for young people in Zimbabwe’s land reform areas? | zimbabweland November 6, 2017

As discussed in the blog series earlier this year, we have been investigating inter-generational questions in land reform areas. 17 years on, young people born after the land reform are leaving school, and thinking about what next? Will this be farming, or other occupations? In the context of a declining economy what prospects are there?

We wanted to hear from those currently in secondary school (Form IV, mostly aged between 16 and 18) and undertook an exercise with school students asking two questions in sequence: What do you think you will be doing in 20 years’ time? And, what are the constraints to getting there?

It was a fascinating set of interactions held in three schools in our study areas – in high potential Mvurwi, in dryland Wondedzo near Masvingo and in the deep Lowveld in Chikombedzi. We used the Q sort methodology, which analyses subjective viewpoints using both qualitative and quantitative methods. A first step is to decide on the statements that are going to be sorted. We did this in a separate exercise with a number of young people and ended up with 49 statements (a list of envisaged occupations) related to the first question and 36 statements (on constraints) for the second question. You can have a look at what young people chose as the full set for sorting, here and here.

In the Q sort sessions,  participants are asked to rank their opinions along a continuum from agree to disagree against a set of statements about a subject. In the end we had 61 valid responses across the sites, with 39 males and 22 females. The Q sort method has been used in several other studies on youth and agriculture in Ghana, including exploring perspectives on desirable work and on young people’s perspectives on farming. We wanted to see if the setting of land reform areas in Zimbabwe threw up different results.

The statistical analysis of the sorts (using the PQMethod software – thanks to Jim Sumberg for helping navigate this) revealed a number of factors for both questions, differentiated by gender but combining all the schools. The qualitative interpretation exploring what these factors mean is the interesting part of the analysis, and is hugely revealing on how young people imagine their futures, and what constraints they perceive as being in the way. This blog focuses on the question: “what do you think you’ll be doing in 20 years’ time?”, preliminary results of which were discussed before. The next blog focuses on the constraints.

The analysis of the statements linked to the factors highlighted some potential narratives around each, including the role of agriculture. Some very brief summaries of these narratives are presented below. For male students, three factors emerge from the statistical analysis:

A rather different set of factors emerged amongst female students. Again, three are identified. These are:

As previous blogs have shown, young people’s imagined futures do not always pan out. The option of becoming a lawyer or doctor or migrating to the UK, for example, are available to very few. The conditions of schooling in the land reform areas are poor, and the opportunities for upward mobility constrained, perhaps especially so given the declining economic conditions in Zimbabwe more generally. Escape is an option, and migration to South Africa, the UK and elsewhere have been significant in the past, but again options are limited, and xenophobia and violence a concern in South Africa.

So it is not surprising that many young people imagine getting on through self-employment, piecework and small-scale businesses at home. Where agriculture is seen as central to future livelihoods, it is as a business, or through engagement with markets. Some saw themselves as focused commercial producers (vegetables and tobacco, mostly), but this was not a dominant theme in any factor. While in practice many young people end up focusing on agriculture ‘projects’ at home, on their parents’ or in-laws’ fields, this is not central to their future imaginaries.

The factors also differed by gender. While both male and female students mentioned professional careers, owning businesses and so on, it was noticeable that the male sorters were more aspirational, imagining futures in the professions or owning lucrative businesses. The female students by contrast had generally set lower targets, with self-employment and entrepreneurship being associated with piecework and trading, as well as owning a stores or grinding mills. Engaging with agriculture is also much less emphasised among women compared to men, who saw some options of commercial agricultural production, as well as engaging in agriculture-related businesses. Significantly both male and female sorters highlighted what Henry Bernstein would call the ‘fragmented classes of labour’, the array of informal, fragile and low paid jobs, some including wage work, but many simply casual piecework, perhaps combined with some part-time agriculture. For many this is, even now, envisaged as the future.

In the discussions that followed the sorts, the participants were very sanguine about the constraints, and these certainly affected their choices. The question was purposely focused on an ‘imagined self’ – what do you think you will doing in 20 years? – rather than simply open-ended aspirations, where the usual list of footballers, pop stars, astronauts and so on get added.

Constraints impinging on futures are very real for young people in Zimbabwe, creating stress and anxiety and a resort to drink and drugs for some. The post-land reform intergenerational question is simply not being addressed by policy, development programming or government services. The next blog, focuses on the array of constraints young people identified, and explores the implications.