Source: Why recognition of Mbare luminaries deserves praise – The Standard 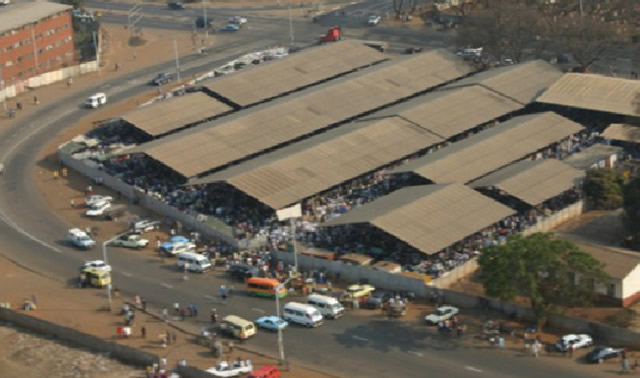 I usually don’t have many things to praise President Emmerson Mnangagwa for but, this time, I congratulate him for conferring upon Gibson Mandishona and Hope Sadza, nee Bakasa, the Order of the Star of Zimbabwe for their contribution to the nation of Zimbabwe.

His recognition is significant in that the attitude of many Zimbabweans was that nothing good could come out of Mbare.

Both Gibson, Hope and myself were raised in that much maligned township.

They held us in disdain because, to them, we were all rude and unrully thieves and prostitutes — matsotsi nemahure.

They mockingly referred to us as Mabhonirukisheni — those born in the locations or vana vemapiritsi — children born with the aid of pills, inferring that we were lesser beings who were not born naturally.

The late former president of Zimbabwe, Robert Mugabe, who grew up in rural Zvimba Reserve, was one those who derided township dwellers.

When he lost the March 2008 election, he was furious.

Being no fool he knew that he had lost the election because of town dwellers who were educated and sophisticated enough to understand and appreciate what democracy was all about and that the few votes which he had garnered had come from rural areas where the people, most of whom were less-educated, could be intimidated and harassed into submission.

Totally incensed by his loss, Mugabe publicly attributed the results to those he called, “people without totems.”

This was a crass insult to residents of the townships who had voted against him.

In Shona culture, to say that a certain people had no totems is unforgivable.

In Shona, being totemless is the equivalent of being a bastard whose mother was a loose woman, unable to identify the fathers or totems of her children.

As one who grew up in the township of Mbare, I took great exception to being insulted like that by Mugabe.

Even though I was raised in Mbare, I do have a totem: Mhofu yeMukono, the Bull Eland.

As is known, the eland is majestic, reserved, disdainful and courageous. So am I.

I immediately set pen to paper and, in a no-holds-barred article to the Daily News, gave it to him with both barrels for his insolence in calling us totem-less just because we had rejected his tyranny.

When the article was published, the people of Mbare roundly applauded me for defending our proud township communities.

While I was still basking in my glory, an open white truck, with three fully-armed police in the back, drew up to the front of our house in Tynwald. I came out and asked them what the problem was.

The driver of the truck, who was in civilian clothes, got out and said, “You are under arrest.” After three days in the cells, I was taken to court and was found not guilty of committing any crime.

The idea that people in townships were without any culture and good-for nothing was born out of abject ignorance.

Mbare was, in fact, a community of diverse ethnic groups whose cultures were fusing into a unique modern urban culture with honourable and enduring values.

It’s offspring, by and large, turned out to be well-educated and sophisticated men and women who have and are doing much to develop and advance Zimbabwe in all areas of life.

Hope Sadza lived with her parents, Jack and Sarah Bakasa on 4th Avenue and we lived on 3rd Avenue in what was then called the Native Location and now Mbare Township.

At that time Africans were called “natives” by the white colonial settlers.

We lived in an area which was reserved for married Africans called Makoteji — cottages.

Before the building of Makoteji, Africans lived with their families cramped in two-room hovels, intended for bachelor workers in Old Bricks, New Lines and Jor’burg lines.

Jack and Sarah Bakasa as well as my parents, Musarurwa and Ellah Wakatama, were pioneer residents of Mbare Township in the early forties.

Mbare was then just a small community where almost everybody knew everbody.

Bakasa was the first African to operate a taxi service which served both whites and blacks in Zimbabwe.

Hope’s mother was one of the township’s early school teachers.

She also hosted a children’s radio programme, Mbuya Vevana Vadiki, on the then Rhodesia Broadcasting Corporation.

The Bakasas did much in the development of Mbare Township. Jack Bakasa Crescent in Mbare, was named after Hope Sadza’s father.

She went to Goromonzi Secondary School and to Waddilove Teacher Training School.

After graduation she went back to Mbare to teach at her old alma-mater, Chirodzo.

After teaching for some time she left for America to study at the University of Missouri where she gained a B.A. and a BSc in Public Adminstation.

She then studied for her PhD at the University of Zimbabwe.

Along with her many achievements and awards, Sadza co-founded the Women’s University in Africa with liberation war veteran, Fay Chung.

She was vice-chancellor of the university until her retirement in 2020.

Gibson “Gibby” Mandishona was well-kown among the young people of Mbare.

He was lively, multi-talented, good in school and loved music. After secondary school at Tegwani and Fletcher High Schools, Gibson earned his BSc degree at the University of Zimbabwe.

He left for the United Kingdom from where he attained a Msc and Phd in mathematics from the University of Exeter, Kent Nottingham and London.

He then worked in Addis Ababa for the United Nations as a consultant in statistics and demography.

After independence in Zimbabwe, Gibson was appointed manager of the Central Statistics Office and Manager of the Zimbabwe Solar Pilot Project.

He is the founder of the Centre for Renewable Energy and Environmental Technology and the Scientific and Industrial Research centre.

He has also served as chairman of the Harare Institute of Technology and is a dean of physical sciences in the Zimbabwe Academy of Sciences.

Hope and Gibson are not the only ones from Mbare who have distinguished themselves in various fields and deserve to be honoured.

Leonard Tsumba was general manager and deputy governor of the Reserve Bank of Zimbabwe.

Christopher Kuruneri was the minister of finance.

The now late George ‘Mastermind’ Shaya was a soccer icon and a celebrity.

The internationally recognised musician, Thomas Mapfumo grew up in Mbare.

Indeed, it would be folly for me to try and list all Mbareans who dominated in all fields of endeavour in Zimbabwe.

By honouring Hope Sadza and Gibson Mandishona for their contributions to society, Mnangagwa affirmed the fact that people born and raised in African townships, and Mbare in particular, were and are responsible citizens deserving respect and honour.