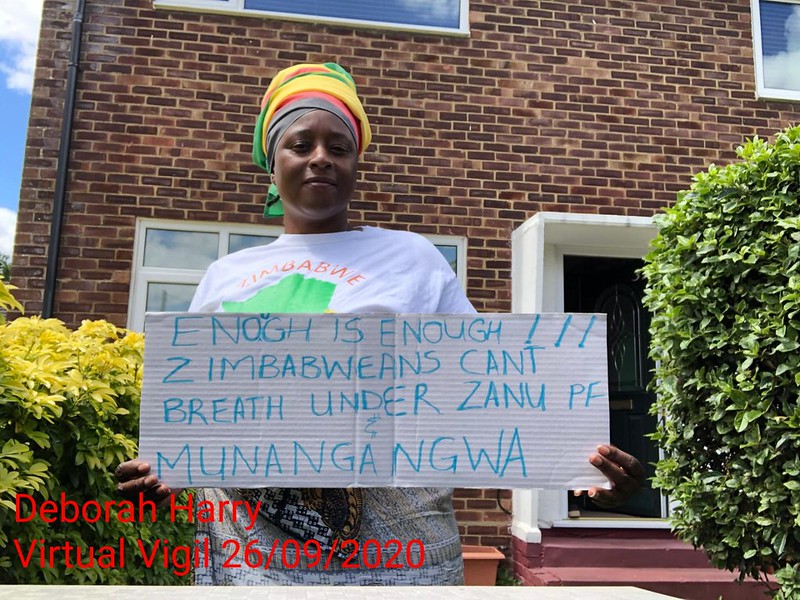 The hypocrisy of President Ramaphosa calling at the United Nations for the removal of sanctions against Zimbabwe while himself recognising that Zimbabwe is suffering from a crisis of misgovernance is only to be expected of the chairman of the African Union.

Like the United Nations itself, the African Union is fatally divided between democracies and tyrannies so Ramaphosa feels he must compromise and rely on the old policy of ‘quiet diplomacy’. But in reality South Africa’s attitude has hardened. Its attitude now means: ‘Do this or you’ll get no more money or co-operation from us’.

How serious the situation now is in Zimbabwe is graphically described in a newsletter by the human rights campaigner Ben Freeth, who recently returned home after a visit to the UK, protracted by the lockdown over the Covid-19 pandemic. He writes: ‘In Zimbabwe it was not lockdown. It had been a time of crackdown – and curfew. I was struck by the desolate dryness as we drove through the maze of road blocks on the potholed streets. Masked army and police personnel are out in force to ensure no insurrection and to collect bribes – all in the name of Covid-19. I was struck how even they were thin. Zimbabwe is facing major hunger with estimates of two thirds of the population needing food aid by Christmas.

‘On the afternoon that I arrived I spoke to Martin Grobler. His farm had been invaded at lunchtime. Twenty-five policemen arrived with guns and, in direct defiance of all international law, human rights instruments and our own SADC Tribunal Judgment, evicted him. By the end of the weekend he was off. He has over 100 employees who, with their families, will add to the hunger problem this year.

‘On Monday I went to meet up with the brave, award-winning journalist, Hopewell Chin’ono, and show him some solidarity in the Magistrate’s Court after 45 days in the most unimaginable jail conditions. I managed to get in and find Hopewell. The magistrate was late – as usual – so we had a spare hour or two to chat. He was defiant; but he told me of the conditions he had been kept in: a cell of approximately 7 metres by 4 metres with 44 people. The usual routine of a Zimbabwe jail applied: everyone lay like sardines and when one person in the line turned, everybody had to turn together . . . In the corner is a bucket for anyone needing the toilet. There’s no privacy, no running water, no soap, no detergent, no masks and as for the social distancing required in the rest of the world there is instead desperate and unimaginable overcrowding.

‘Hopewell’s crime was exposing multi-million dollar corruption at the very highest level in a Covid-19 deal. I chatted to Beatrice Mtetwa too, the award-winning lawyer. She had been due to go to the UK with me in March but had had to cancel at the last minute. I reminded her of when she had got me out of the torture chambers at Harare Central years before and we laughed. You have to laugh. Beatrice has been prevented by the magistrate from representing Hopewell. The magistrate wants her struck off the legal register so that she cannot represent anyone. Human rights lawyers are persecuted in Zimbabwe. After several hours the magistrate finally arrived and remanded the case for another month – just to frustrate everyone.’

Freeth said he had also talked to another lawyer Dave Drury who told him how two of his children had been in jail for displaying anti-corruption and anti-violence placards. His daughter was released after one night but his son Simon was held for 3 days in the same conditions as Hopewell.

Freeth continued: ‘Some of those in the cell had been waiting months for a trial; others years – even up to 14 years in those inhuman cells without trial or any verdict from a court. Suddenly though Simon was fished out from amongst the sea of fellow inmates. After the clanking of doors and turning of keys and other formalities he was suddenly out under the magnificent African sky. It was then that one of the most heart-rending cries I can ever remember hearing echoed right up to the stars from a little aperture in the dark, fetid and overcrowded “hole” that Simon had just left: “Simon, don’t forget us . . .’ (See: https://media.wix.com/ugd/02876c_20eb97a0877e4f4b8fc9b0d1459c3ced.pdf.)