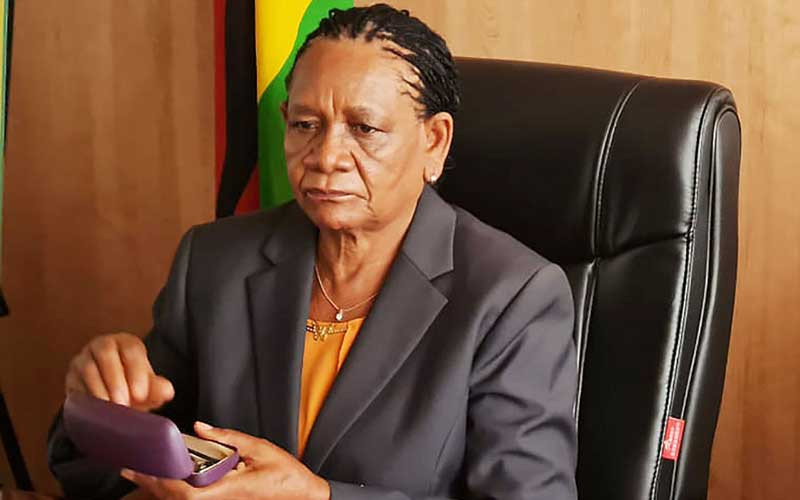 Reports abound of a number of schools exclusively demanding payment in United States dollars as the local unit keeps losing value against major currencies due to inflation.

Schools opened for the third term on Monday amid reports that some institutions were also demanding fees top-ups to keep operations running.

Primary and Secondary Education minister Evelyn Ndlovu told senators on Thursday that school authorities should accept the local currency equivalent to the United States dollar at the prevailing interbank rate or face arrest.

She said they had engaged Zacc to track schools that are exclusively demanding foreign currency payments.

“I think you are aware that as government, we are in trouble in terms of the black market. It is similar to what is happening in schools and I call upon all our people to resist these people who break the law and report them to Zacc, I think the commission can assist us.”

Last month, government had given greenlight for schools to charge fees in United States dollars, leading to calls for formal dollarisation.

In an about turn, Ndlovu said exclusively demanding fees in foreign currency was not government policy.

“We are worried that some schools have decided to come up with their own policy, which is not government policy,” she said.

“We call upon all parents and school heads to make sure that they accept payments in either foreign currency or local currency. We are all aware of the issue of the black market; we have been trying as government to address that issue but schools continue to break the law.”

Meanwhile, teacher unions yesterday celebrated the third anniversary of the International Day to Protect Education from Attack as they vowed to outlaw political parties from abusing school children, educators and learning infrastructure ahead of the 2023 elections.

The ruling Zanu PF party has often been accused of bussing schoolchildren to its rallies.

In a statement, the Amalgamated Rural Teachers Union of Zimbabwe (Artuz) said: “On this day, the Artuz reaffirms its commitment to the safe schools campaign under which we seek to achieve the outlawing political parties from accessing school premises in pursuit of private political gains, encourage the adoption of a Voluntary Safe Schools Monitoring mechanism and ensure Zimbabwe signs up to the Oslo Safe schools declaration.

“The union will soon be inviting political parties to sign up to a safe schools pledge committing themselves not to interfere with the school’s ecosystem.”

In 2018, legislative watchdog, Veritas in partnership with Artuz filed an urgent application at the Masvingo High Court to prohibit the use of school premises for political purposes.

The court ruled in their favour.

“The union appreciates the Zimbabwe Human Rights Commission, for taking heed of our call in 2017 and producing a comprehensive report on interference of political parties in schools. A lot of work still has to be done,” Artuz said.

Zimbabwe is among the few remaining countries which are yet to endorse the Safe Schools Declaration that seeks to protect learners and educators from political interference.