Zec mop-up to cater for ‘aliens’ 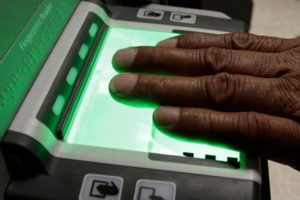 THE Zimbabwe Electoral Commission (Zec) has disclosed the mop-up biometric voter registration (BVR) launched yesterday was necessitated by the need to accommodate aliens, who were initially barred from registering due to some legal constraints.

In a statement, Zec commissioner, Qhubani Moyo said the new exercise would run until February 8.

Under the new dispensation, Bulawayo was allocated 64 BVR centres while Mashonaland East province had the lion’s share with 442 centres.

“Bulawayo has a high concentration of aliens because of the link of the city to their roots, where their parents came from,” Moyo said.