Soldiers were deployed in the streets of the capital Harare to quell the protests. 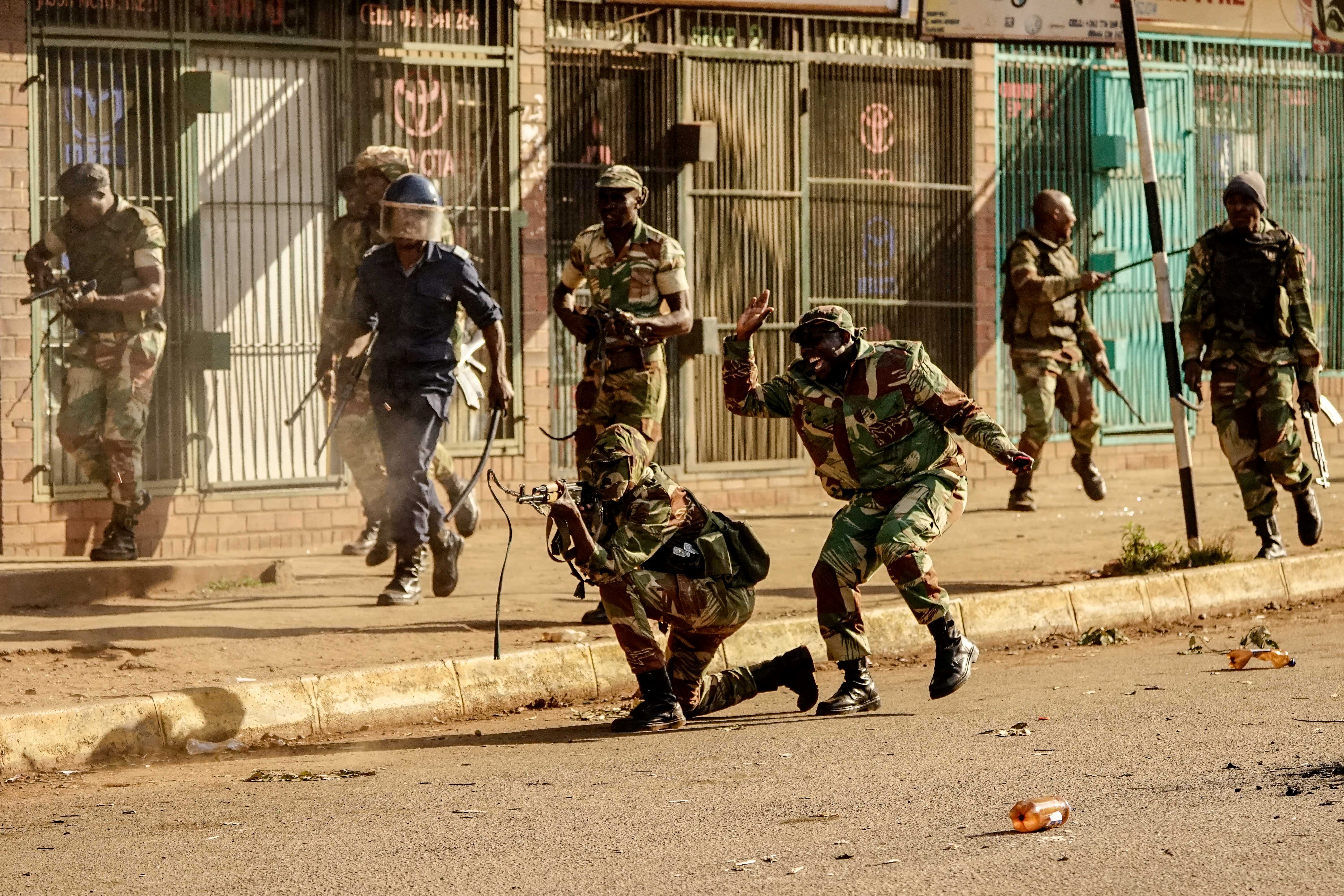 A soldier fires shots towards demonstrators, on August 1 2018, in Harare, as protests erupted over alleged fraud in the country’s election.

HARARE – Zimbabwe’s Army has denied killing civilians during a protest, two days after the disputed polls in that country.

A protest led by the opposition MDC on 1 August resulted in the death of six people.

Soldiers were deployed in the streets of the capital Harare to quell the protests.

He was testifying before the Motlanthe Commission of Inquiry into the killings.

The army chief has instead pointed a finger at the opposition.

“To be honest with you the honorable commission, if any gunshot wounds were sustained by the victims, it was not from my men,” Sanyatwe said.

General Sanyatwe also said there was no order given to shoot at the protesters and that the only instruction given, was to fire warning shots.

“They can only use the firearm when it is strictly necessary if the firearm was to be used there are standard procedures that we do practice during our training on crowd dispersal that you fire warning shots three times,” he said.

He testified that the order to deploy soldiers in the streets of Harare came directly from the president.

“My understanding of course and it’s in writing the president did actually approve deployment of the members of the defense forces to come in support of the Zimbabwe Republic Police,” Matanga said.

The Motlanthe Commission is expected to present its findings to Mnangagwa at the end of November.

Several witnesses, including relatives of the deceased have been testifying at the Commission for the past month.

Mnangagwa was declared the winner of the elections.

It was a decision the opposition challenged and lost, at the Constitutional Court.