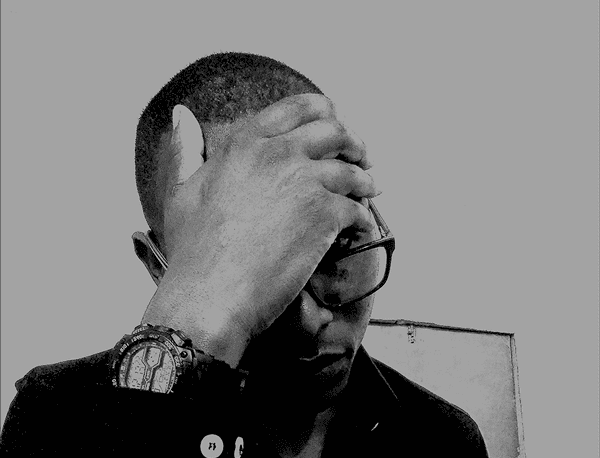 IN his 1957 ANC presidential address, chief Albert Luthuli once remarked: The length of the term of slavery depends largely on the oppressed themselves and not on the oppressor.”

Although his remarks served as a rude-awakening to the then oppressed South African majority so that they recognise their role in dismantling and breaking free from the unjust and humiliating racial apartheid laws, his words still find relevance in some contemporary societies as they grapple with ways to advance from undesirable circumstances they find themselves trapped in.

But if the Chief was to resurrect and lead these societies, he would undoubtedly be appalled at how this time, for some strange reasons, the oppressed themselves partake in and exacerbate their own oppression.

Oppression is not only limited to violent subjugation and denial of certain freedoms and liberties, but may extend to any form of hardships, suffering and misery perpetuated by one group in a society on another.

And oppression takes its worst form when it succeeds in dividing the oppressed, leaving them disengaged and even indifferent toward bread and butter issues that directly affect them.

In Zimbabwe, although the excesses of those in power are dutifully reported by the media with heartbreaking regularity, the citizens are often unwilling to bridge their political and ethnic demarcations to speak up and seek ways to stop and recover losses from such excesses.

And this stems from the self-serving tendency by political leaders to inculcate an obsequious followership, buoyed by an erroneous belief that party membership and loyalty cannot co-exist with dissension.

As it stands, depending on which political persuasion one subscribes to, incompetence, corruption, and other excesses are exclusive to that party and not their party, despite the overwhelming evidence that corruption remains the highest common factor among all of Zimbabwe’s major political parties.

Hence, the electorate, whenever given a chance to vote and carve a new path for their society, obstinately elect the same corrupt and sometimes incompetent officials, most of who are completely detached from the daily travails an average citizen they represent experiences, simply because ‘he’s our guy’.

PLO Lumumba aptly captures this strange phenomenon when he regretfully asserts that the electorate has a great affinity for people without ideas and a genuine desire to transform their lives.

In another place, the outspoken professor states that Africans are not moved by ideas, but by their stomachs.

And the question that emerges is: Is it conceivable for a society to have competent, committed and accountable elected officials without an equally serious and issue-focused electorate?

The extent to which a people are actively awake to their full obligations as responsible citizens can determine not only the pace and trajectory of societal progress, but also the calibre of politicians they attract and ultimately the quality of institutions that shape the course and character of that particular society.

It has long been observed that a politician mirrors a businessman in many respects; one being that both are conditioned and driven by the ideological climate of the day, ready to profitably exploit tendencies that already prevail in the citizens’ mind, even if these tendencies may be detriment to the people’s own best interests.

This is not to alloy the indispensable contribution that politicians can make to sustainable development anchored on robust, independent and competent institutions that constrain their excesses and make them more responsible and accountable.

But at such a time like this, when the President is making clarion calls for reforms and fundamental change in mindsets, citizens should complement this progressive overture by bridging their sociopolitical and ethnic divides and advance their collective community interests.

Any offence against a community should be enough grounds for people to regroup, unite and condemn it regardless of party affiliation. Surely if elected officials, especially legislators, can unite to demand perks and luxury cars, what hinders communities to unite and demand action toward burst sewer pipes, dry taps and other run-down community amenities?

Currently, the country finds itself in yet another shocking episode of head-spinning and disturbing revelations as the AG’s ffice reports that several hundreds of millions of American dollars were misappropriated by most parastatals, including Zesa.

Now, the entire nation finds itself teetering on the brink of total darkness as unprecedented power outages stretch for 19 long hours.

Through all this, it is the poor and the weak who suffer the most, and it is their response and interest that could determine whether or not this episode, together with Zanu PF’s Youth League calls for reforms and the purging of corrupt party bigwigs, will not join the never ending list of now dormant and/or abandoned scandals, like the US$15 billion diamond and the US$5,6 million ZPC-Chivayo saga.

This could start by recognising that the democracy we enjoy to vote and choose leaders is not the end in itself, but a means to a life of plenty, equality and dignity.

For starters, a firm belief in facts and objective truth based on critical reasoning is needed to process information and make decisions independent of party affiliation.

Secondly, regular inclusive bipartisan town-hall meetings, where questions are asked to be responsible officials, should be conducted. Last, but not least, people should sign-up and attend cell meeting of their parties and denounce corruption and demand service delivery, among other things.

Otherwise, what manner of luck for politicians to preside over a people who are not only divided, but also indifferent and unwilling to hold them accountable!