‘Zim could fall into anarchy’ 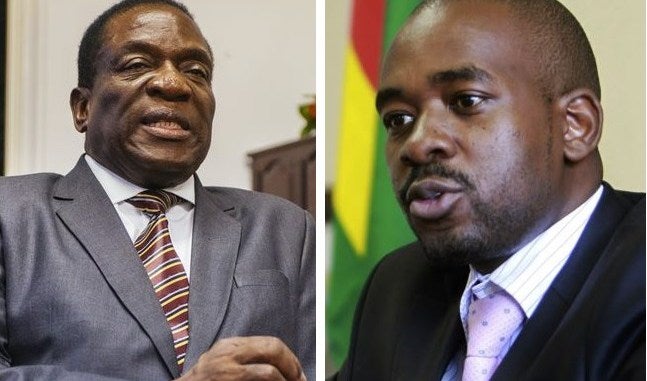 CHURCHES and the civic society say Zimbabwe risks falling into anarchy if the leaders of major political parties fail to dialogue and address pressing issues without resorting to violence.

The Civil Society and Church Joint Forum (CSCJF) issued the warning while addressing journalists in Mutare recently, noting that the economic situation was becoming untenable.

CSCJF national co-ordinator Abigail Mupambi said if politicians fail to sober up, the country could soon become ungovernable and take the route of Sudan, which is now under military lock-down after popular uprising toppled former leader Omar al-Bashir two months ago.

She called for genuine dialogue, saying demonstrations should be the last resort for political parties and civic organisations.

“Demonstrations have not given us any result because people end up being killed during peaceful protests,” Mupambi said.

“Go and ask Sudan, the country is now ungovernable. It is no longer a country. If our politicians don’t sober up, then Zimbabwe will follow the same path.”

The warning comes at a time government is facing the possibility of a fresh round of protests over the deteriorating economic situation in the country.

According to a report by our sister publication, The Standard, health workers including doctors and nurses plan to go on strike in two weeks, saying they have had enough of government’s austerity measures that have left them living in penury.

The opposition MDC has also warned that it plans street protests to force the Mnangagwa administration to the negotiating table.

Government has since beefed up police and military presence in suburbs and on highways across the country.

Our sister paper, the Zimbabwe Independent, reported last Friday that the police have purchased an assortment of weapons that include more than 4 000 AK-47 assault rifles in preparation for possible protests.

But the churches and civic organisations insist that only dialogue could serve the country from taking a turn for the worst, saying demonstrations have failed to resolve the political and economic crisis in Zimbabwe.

“We are here to call for peace. All the people in the country need to be responsible. We don’t need to repeat the same formula of conducting demonstrations.”

The Zimbabwe Council of Churches has tried to bring the two parties together for talks, but says political gamesmanship and inflated egos have stood in the way.

MDC last week accused Mnangagwa of trying to bring a state of emergency through the back door.

A pastor, Edmore Nyatoti, urged political players, particularly the MDC and Zanu PF, to set aside their egos.

“For Zimbabweans, we are Christians and let’s get united. Let’s show the world that we are capable of building our country. We need to think about one another. Zanu PF and the MDC should shun their egos,” he said

“There should be no more bloodshed in the country. We no longer need bloodshed in our country if we are to move away from the poverty we are facing.“