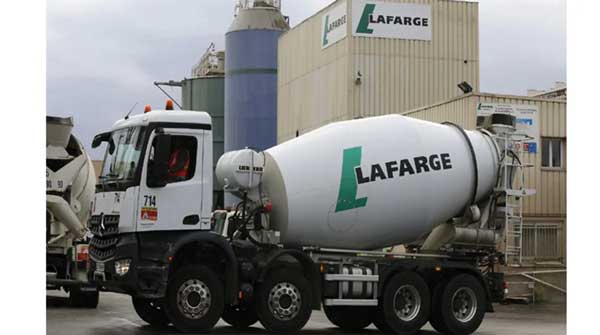 BY MELODY CHIKONO
FOSSIL Mines (Pvt) Ltd, which recently clinched a string of infrastructure deals, has snapped a 76,45% stake in cement maker, Lafarge Cement Zimbabwe at an undisclosed price, the company said yesterday.

The Zimbabwean firm will take over Swiss-based Associated International Cement Limited (AICL)’s shareholding in the business.

AICL, a member of Swiss-based cement giant, Holcim Group, has been divesting from several markets.

The deal means Fossil beat a string of big international bidders including Chinese outfit Huaxin, which had until now been seen as the favourite after executing similar deals in neighbouring Zambia and Malawi.

But it is not only southern African markets that have been affected by the whirlwind AICL disposals.

The global giant has also divested from Ghana, and sold off its interests in Brazil, where it is reported to have earned US$1 billion.

In its cautionary statement, Lafarge Zimbabwe said if successfully completed, the agreement might affect its securities.

“Further to the cautionary announcement dated 31 May 2022, shareholders and members of the investing public are advised that Associated International Cement Limited, a member of the Holcim group, has entered into a binding agreement for the sale of its 76,45% stake in Lafarge Cement Zimbabwe Limited to Fossil Mines (Private) Limited.

Fossil Mines is a subsidiary of Fossil Group, which is owned by businessman Obey Chimuka.

Last week, Lafarge, Zimbabwe’s second largest cement maker, said output fell by 55% during the first quarter ended March 31, 2022, after the firm decommissioned a key facility to make way for a new one, which is set to double output.

The plant only returned to production in February, after spending the entire January under reconstruction.

“The company saw a cement volume decline of 55% versus the same period last year,” Ndugwa said, while sharing quarterly results with investors.

“This is attributable to the start-up mode as the cement mills were restarted in February following the collapse of the cement mill house roof in October 2021. In addition, one of the existing cement ball mills was decommissioned to make way for the installation of the new Vertical Roller Mill (that will double the company’s capacity after commissioning in Q2. The company’s Dry Mortars volumes fell by 23% compared to the same period last year,” Ndugwa said.