Africa Moyo Deputy News Editor
The work being done by Government to turnaround the economy in line with the aspirations of the Transitional Stabilisation Programme (TSP) have been recognised by the International Monetary Fund (IMF), with market watchers saying the reforms are there for “everyone to see”.

The IMF’s observation comes after United States of America Ambassador to Zimbabwe Brian Nichols said the economy will recover, but cautioned it won’t happen “overnight”.

Government has implored citizens to bear with it as the reforms under the TSP take root, with massive economic take-off expected later on.

Last week Friday, the IMF said Government had “tightened fiscal stance” and introduced a softer currency, the RTGS dollar, which industrialists contend will be a game-changer to their operations since it was expensive to use the US dollar for retooling, production and paying salaries.

Said the IMF: “Significant economic reforms underway: the new Government that was sworn into office following the July 2018 elections, tightened the fiscal stance since September 2018 and introduced a new domestic currency (the RTGS dollar) in February 2019.

“The authorities are also advancing on the structural reforms as elaborated in their Transitional Stabilisation Programme (TSP), which seeks to achieve macroeconomic stability and aims at reforming and privatising State-Owned Enterprises (SOEs), addressing corruption in procurement and revenue administration, and promoting private sector investment by improving the business climate.”

The IMF says it “supports this request”, which would assist authorities to implement key reforms outlined in the TSP, and “help Zimbabwe build a track record of sound economic policies as it seeks to normalise relations with external creditors”.

Economist Mr Persistence Gwanyanya told The Herald last night that the IMF’s perspectives on Zimbabwe show that “everybody is agreed in principle” that a lot is being done to reform the fiscal front.

“We did exactly what we had agreed with IMF and for the institution to agree to an extension of the SMP is a good gesture as it shows that something is being done well in the country,” said Mr Gwanyanya.

“But the challenge is that the money is not on the interbank market, which means the market still has challenges. We need to address those challenges and make it work efficiently because everything (fuel availability and prices, among others) is hinged on the interbank.”

However, he noted that the IMF’s acceptance to provide technical assistance to Zimbabwe is not financial assistance, “but assistance regarding identification of key economic imperatives and how to address the same”.

“It essentially means IMF shall work with our Government and agree on certain economic measure and their implementation to get out of economic challenges,” said Mr Gwanyanya. 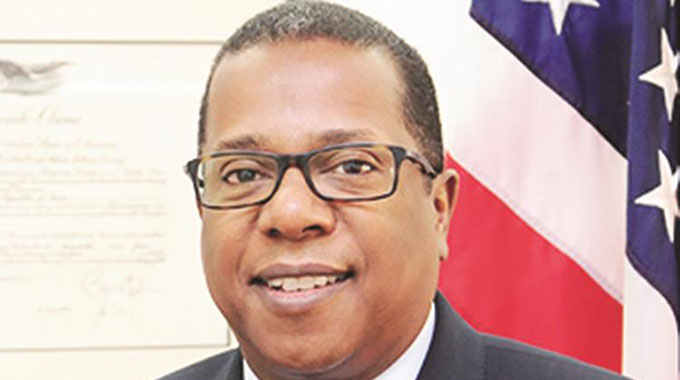 “The IMF staff monitoring program and TSP are the right way forward to get Zimbabwe back on its feet,” said Ambassador Nichols.

The TSP — which runs from October 2018 to December 2020 — prioritises fiscal consolidation, economic stabilisation, and stimulation of growth and employment creation.

Adoption and implementation of prudent fiscal and complementary monetary policies is expected to bring back investor confidence, and stabilise the macroeconomic environment that is conducive for the opening up of more businesses.

The TSP outlines policies, strategies and projects that guide the country’s social and economic development interventions up to December 2020, simultaneously targeting immediate quick-wins and laying a robust base for economic growth for the period 2021-2030.

Economic growth envisaged during the TSP period will be driven by the private sector, with Government facilitating a supportive macro-economic and business environment.

Focus is on value addition and beneficiation to realise higher value exports, and cushioning the economy from the vagaries of international commodity price fluctuations associated with over-dependence on export of raw commodities.

Success of TSP does not only depend on Government efforts alone, but also on a coordinated collaborative multi-stakeholder approach if the country was to overcome and redress the underlying challenges arising from economic fragility, joblessness, inequality and poverty.