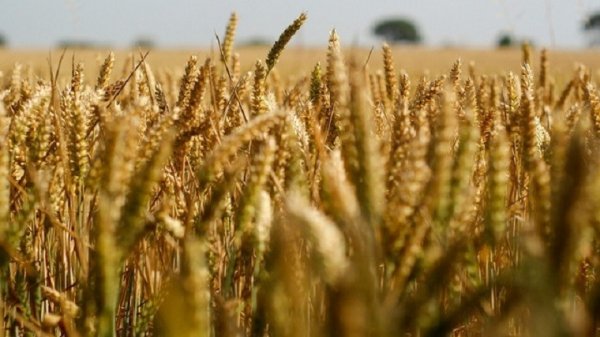 ZIMBABWE was by yesterday left with less than a month of wheat stocks after a United Kingdom-based supplier held back a 30 000-tonne consignment at Mozambique’s port of Beira until payment is confirmed following delays by the Reserve Bank of Zimbabwe (RBZ) to remit $12,5 million to close the deal.

It is understood that some millers have since suspended operations owing to a critical shortage of flour.

The country, currently producing less than a third of its national wheat requirements estimated at 350 000 to 400 000 tonnes per annum, relies largely on imports for the staple cereal.

National output is this year is projected at about 100 000 tonnes, which would be a significant improvement on 2017’s 20 000 tonnes, but way below national demand.

Responding to NewsDay questions while in China on an official visit, RBZ governor John Mangudya said the central bank had acted on the matter to avert a crisis.

“We have arranged letters of credit for the procurement of the required 40 000 tonnes of wheat per month,” he said.

Given Zimbabwe’s foreign currency crunch, the wheat shortages may just be the beginning of a broader food crisis.

A letter written by Grain Millers’ Association of Zimbabwe (GMAZ) general manager Lynette Veremu to the association’s chairperson Tafadzwa Musarara on September 4, 2018 showed that the wheat and flour situation in the country had reached a breaking point.

It also indicated that RBZ was yet to remit $12,45 million due to Holbud Limited, a UK-based company for the supply of 30 000 metric tonnes of Germany/Russian wheat to GMAZ.
Holbud has rejected an RBZ guarantee under which payment would be done “in 60 days”.

The consignment, whose bill of lading has Zimbabwe as its destination, is sitting at Beira and amid indications that it could be sold to millers in Mozambique and Malawi.

According to the letter, Zimbabwe’s wheat stocks had fallen to 28 028 tonnes, which is less than a month’s supply estimated at 38 000 tonnes.

The current level is way below the minimum standard of three months of stock, roughly 114 000 tonnes, required for sustainability.

As at September 4, National Foods — one of Zimbabwe’s largest food processors which is listed on the Zimbabwe Stock Exchange — only had 9 745 tonnes of wheat in stock, just over a month of production.

Six processors, including Victoria Foods and Unifoods, had suspended operations due to the crippling shortage of wheat, according to the letter.

In her letter to Musarara, Veremu deplored that wheat was not receiving the same preferential treatment as fuel in foreign currency allocation, although both items fall under category one of the central bank’s priority list.

“Regrettably, fuel gets $21 million per week religiously, but wheat is not getting a paltry $12,45 million per month religiously for the entire national monthly requirements. No remittance has been made despite commitment made by RBZ on August 28, 2018. Holdbud Limited has grown impatient and threatens to divert stocks currently at Beira to Mozambique and Malawi millers,” she said.

Veremu indicated that self-raising flour was no longer available in many retail shops nationwide.

“I strongly recommend that you alert the powers that be of this predicament, as the country is fast plunging into severe flour and bread stock-outs in the next few days,” she added.