Paying a courtesy call on President Mnangagwa at State House, he said the two leaders share the same thrust of economic development for their countries, and hoped that trade relations will grow. 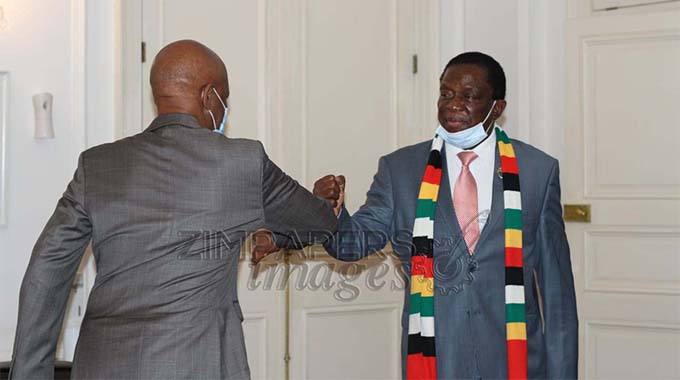 “I have a lot of hope for the future, and in the recent meeting between the governing parties of the two countries there was a resolution that emphasis should be economic and trade relations in the future,” said Ambassador Mbete.

“Engaging South African companies involved in work in Zimbabwe, engaging economic organisations in Zimbabwe to try and understand the key priorities that should be there between the two countries. I think there has been a lot of progress on that and there have been a few investors that came from South Africa during my period here.”

However, there have been concerns that trade is one way with most of the products coming into Zimbabwe and not the other way round. 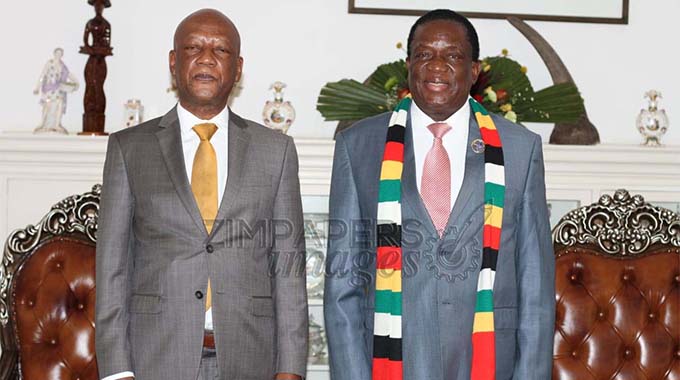 President Mnangagwa has been championing the resuscitation of local industries to improve the country’s export earnings.

Commenting on the challenges that have been faced by Zimbabwe during his tenure when some quarters called for his country to intervene, Ambassador Mbete said it was normal in a democracy.

Each country has its fair share of political dynamics saying the two countries were not any different, and called for more dialogue.

President Mnangagwa has prioritised political dialogue and set up the Political Actors Dialogue straight after the 2018 harmonised elections. Most parties that participated in the polls are in the dialogue process while the MDC Alliance and a handful others that did not win meaningful votes opted out.