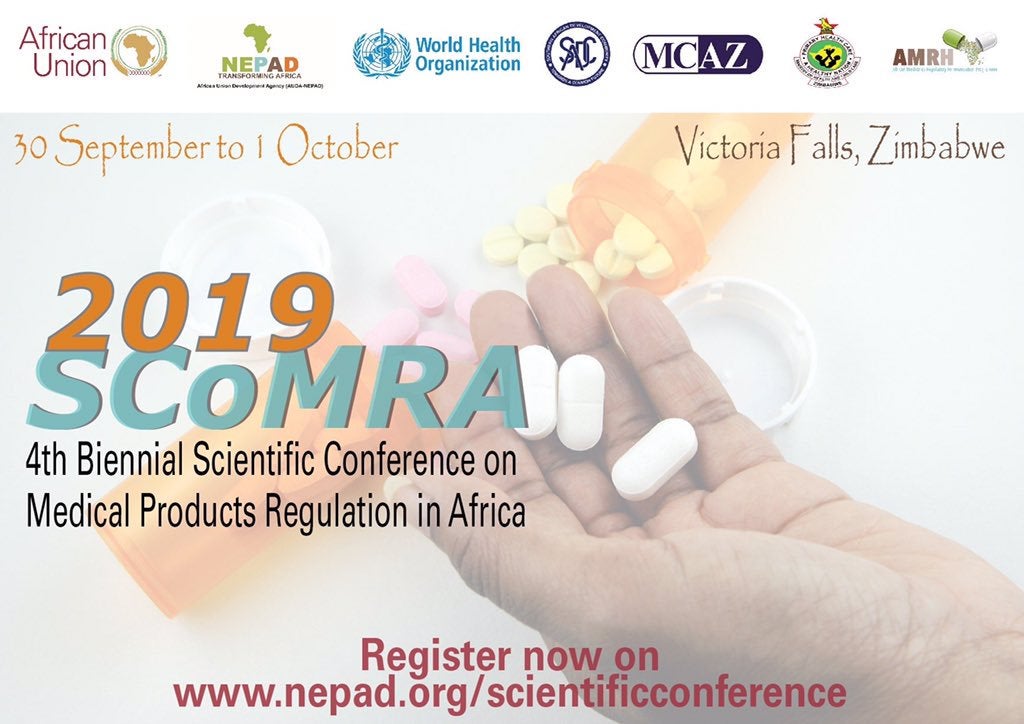 Zimbabwe will this month-end host the fourth biennial scientific conference on medical projects regulation in Africa in Victoria Falls, the Health ministry has confirmed.

Health ministry secretary Agnes Mahomva told journalists in Harare yesterday that the conference, beginning on September 30, will be used as a platform to deliberate on practical regulatory systems in Africa.

“We will identify, look at barriers and challenges to effective and efficient regulatory systems in Africa and map a way forward with a particular focus on the new African Medicines Agency (AMA), following the adoption of the AMA treaty by the African Union in February this year,” she said.

AMA serves as the continental regulatory body whose role is to ensure that there are harmonised and strengthened systems which govern the regulation of medicines and medical products on the continent.

Mahomva said the conference will also evaluate the progress made over the last decade.

“This meeting will bring together key stakeholders such as the regulators, policymakers, scientific community, the private sector and civic society from across Africa to discuss important issues and look into progress made over the last decade of regulatory harmonisation co-ordinated through the African medicines Harmonisation Initiative (AMHI).

AMHI was launched in 2009 to increase access to safe, effective and good quality medicines.
The conference is organised by the African Union Development Agency and Medicines Control Authority of Zimbabwe, in partnership with the Health and Child Care ministry, the Southern African Development Community, World Health Organisation, World Bank, Bill and Melinda Gates Foundation, International Federation of Pharmaceutical Manufacturers and Associations and other key development partners.